Phnom Penh, 25 July 2015 — I never met Malcolm Caldwell. Before I could, in December 1978, he was killed in circumstances that have never been convincingly explained.   He was on a trip to “Democratic Kampuchea,” the name the Communist Party of Kampuchea (CPK), with Pol Pot as Secretary, used for the state it created after winning a war of “national people’s democratic revolution” against the Khmer Republic in April 1975.  His death had an immediate personal significance for me, because his two companions on that trip, Elizabeth Becker and Richard Dudman, had like me had spent some time in pre-April 1975 Cambodia as journalists, and I was a member of a delegation of journalists and others who were about to be on their way to visit Democratic Kampuchea when Malcolm was shot to death in a Phnom Penh guest house unknown assailants. 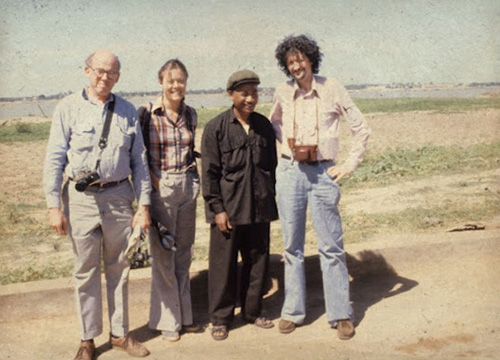 We did not hesitate to proceed, reassuring ourselves with dark humour about one of us being next to die, but we never made it to Phnom Penh, because a Vietnamese invasion that overthrew the CPK regime and drove its remnants to Cambodia-Thailand border got there first, stranding us in a geopolitically-stunned China.   We and others who were then and have remained interested in Cambodia have ever since been trying to figure out what was going on in CPK Cambodia and why, to answer the same questions that led Malcolm and us to want to go there to see for ourselves when Pol Pot was in power.

This has been a bitterly contested terrain, which once, to put it simplistically, pitted anti-imperialist leftists against anti-communist rightists.  It is now the subject matter of prosecution and defence arguments and conflicting conclusions by judges at the UN-assisted Khmer Rouge Tribunal, tasked to identify who was “most responsible” for mass murder and other mass atrocities committed under CPK rule.   In the original debates, Malcolm was broadly among the anti-imperialist leftists, as were many Indochina scholars at the time.  However, he was not at all among what one might characterize as true-believing and card-carrying Communists who refused to consider hard facts when confronted by them.   Had he survived, I believe he would have joined those of his fellow academics who would face the realities of the CPK regime and on that basis even now be attempting to contribute with meticulous intellectual honesty to the enormous task of explaining it.

Tragically, whoever killed him denied us the possibility of benefitting from such a contribution.

Read more about Malcolm Caldwell in Andrew Anthony’s 2010 article for The Guardian, including comment from SOAS Professor Ian Brown: