Home/Uncategorized/A link with the past

Earlier this month, SOAS buried a time capsule to celebrate its Centenary, which will be opened in 2116. But what’s it like to be on the other side and open a time capsule?

Christine Wise, Assistant Director (Research Library Services) at SOAS, shares her memories of discovering a time capsule buried at The Women’s Library at LSE and  the excitement of finding a link to the past. 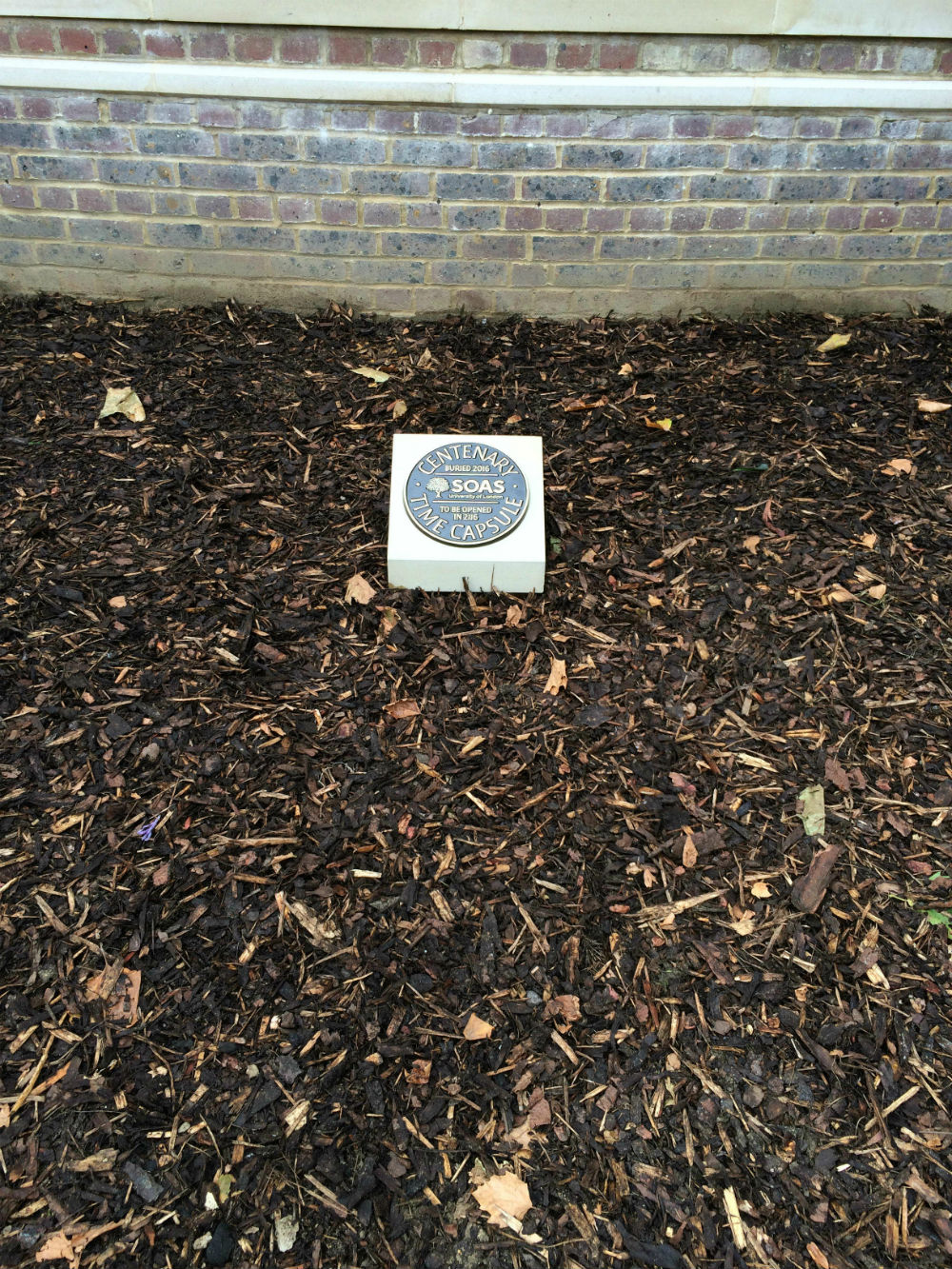 Some months ago, Centenary Project Manager Shoshanna Goodman and I were discussing plans to celebrate SOAS’ Centenary.  Shoshanna mentioned that a time capsule would be buried so that in one hundred years’ time our successors would have a direct, tangible link with SOAS in 2016.  I immediately remembered the time at The Women’s Library when my desk telephone rang and I was told that a time capsule had been found….  Prompted by this conversation, I visited the LSE Library, where the papers of The Women’s Library are now held, to recollect for myself this remarkable event.  The report I wrote at the time immediately brought the occasion back to life, to share today.

The time capsule was found in Old Castle Street, E1, on the site of the former Whitechapel Public Baths.  Contemporary records noted the laying of the foundation stone on Tuesday 16 December 1845, confirmed by the contents once the capsule was opened.  During preparatory work on 15 September 1999, the site engineer noted two very large regular-shaped stones, which had once been braced together.  The lower stone of the two had a hollowed-out cylindrical shape containing a glass bottle.  Excavation work immediately ceased so that building colleagues and Library staff could look at the location.  Within the hour, the glass bottle was being inspected by Curators from the Museum of London.

After careful examination, conservators from the Museum of London opened the glass bottle on 7 October 1999.  Even now, I remember the excitement as our group clustered in the studio, and I remember craning my neck to see the contents as they were extracted with great dexterity.  Removing the items was a delicate and painstaking operation, and revealed:

These objects were a remarkable link with the mid-nineteenth century and a reminder of the social and housing conditions of the time.

I’m glad that this conversation with Shoshanna brought back these wonderful memories, and hope that the SOAS time capsule will one day elicit the same excitement.