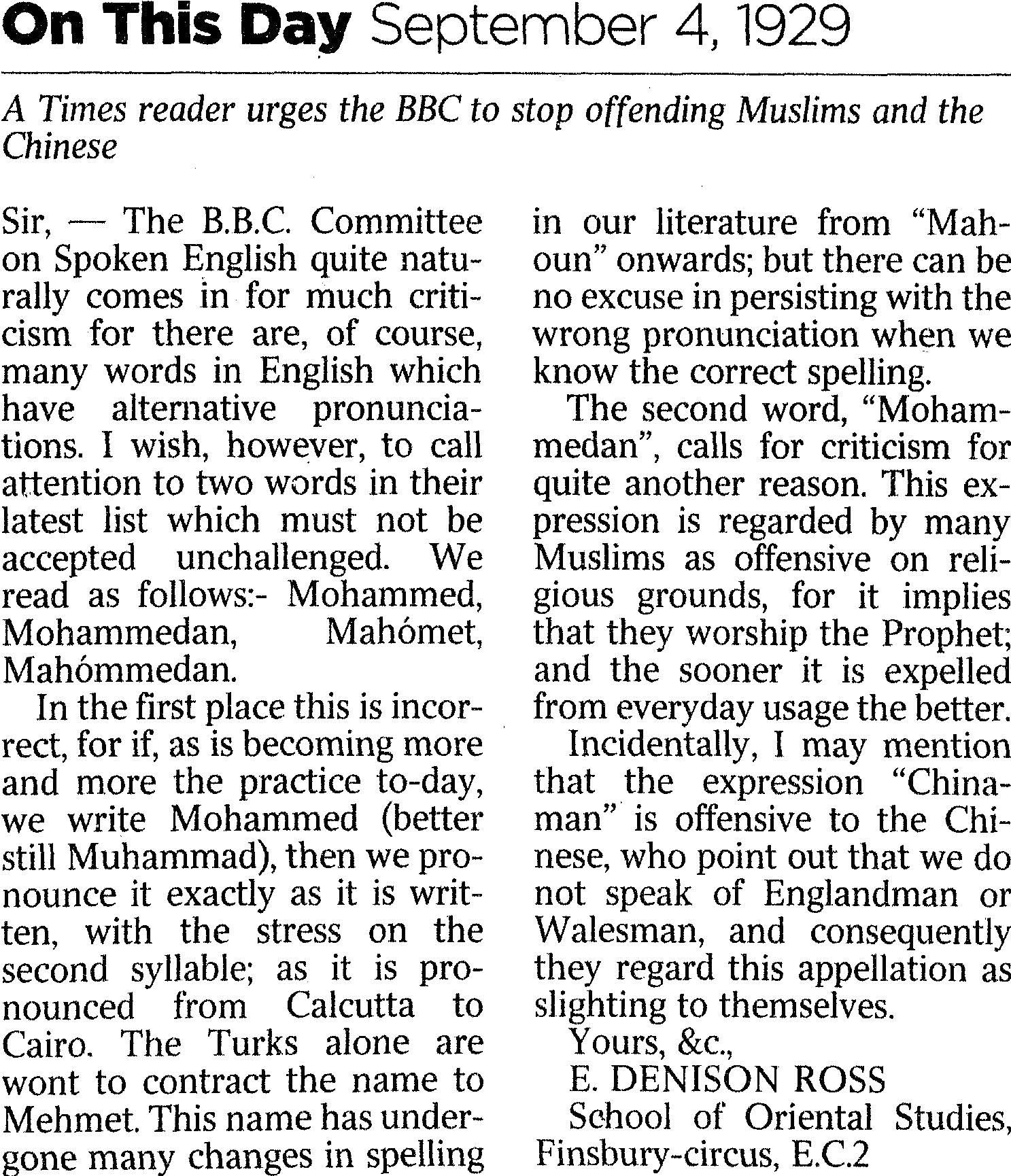 Sir Edward Denison Ross had a much decorated career before becoming the School of Oriental Studies’ first director in 1916. He famously spoke thirty languages from the then called ‘Far East’ and spent almost two decades travelling India and Central Asia. His obituary in the School’s bulletin read “he contributed more than any Englishman of his generation to the encouragement of Oriental studies in this country.”

Ross was well regarded as being able to inspire the best from his peers – he was a great motivator and managed to gather first-rate academic staff through a united idea that it was their duty to promote learning of their areas. His letter to The Times demonstrates his scholarly zeal in accurate representation of cultures around the world.

Ross’ contemporaries described him as a “bon viveur, social climber, name dropper and enfant terrible” – he was flamboyant and a larger-than-life character who was much loved by his faculty. Although justified in his correction, this letter to The Times might be seen as a not-so-humble attempt to show off his uncommon knowledge of languages and cultures.