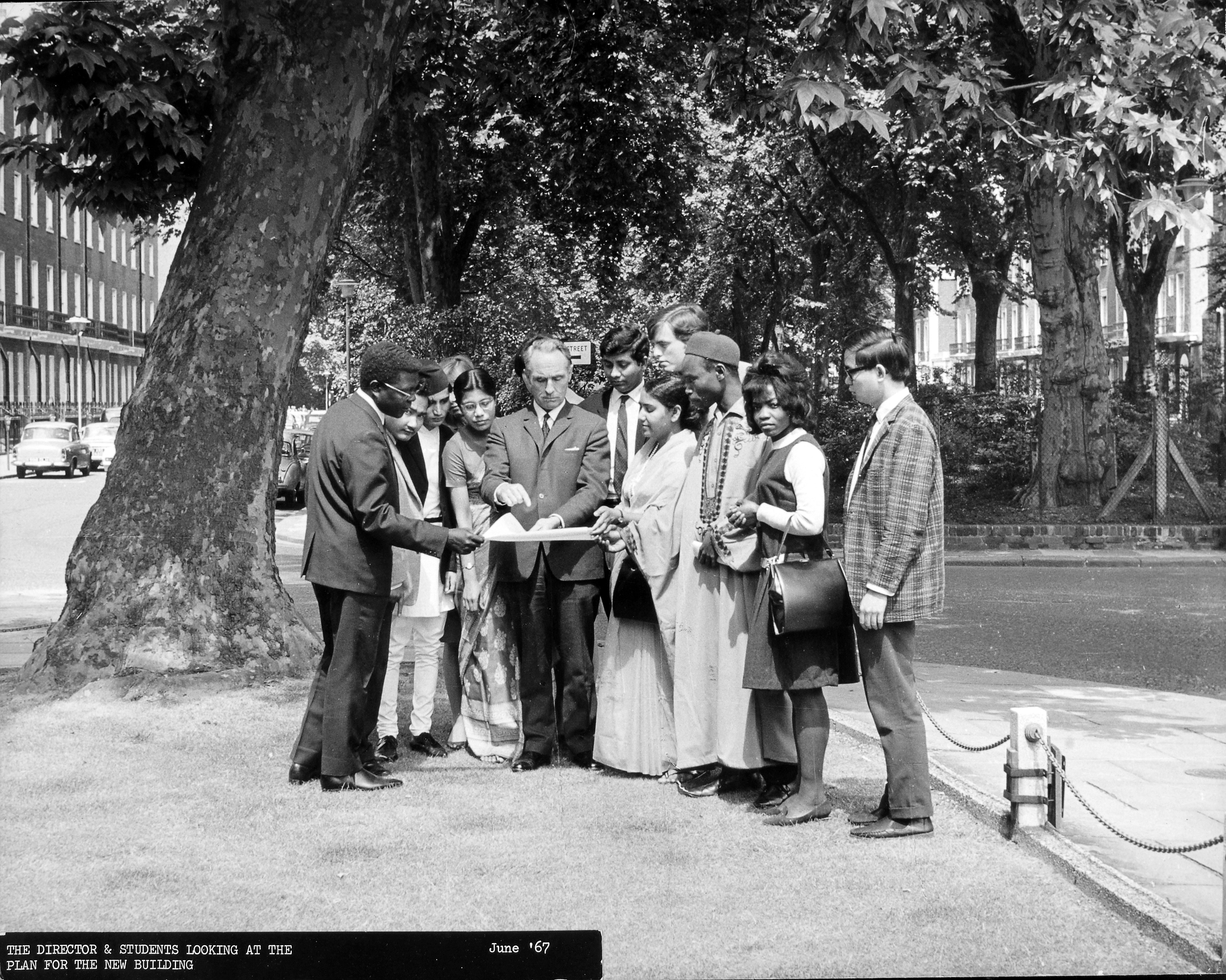 The emblematic image featured in The Guardian’s ‘One hundred years of SOAS’ picture gallery shows Sir Cyril Philips, Director of SOAS from 1957 – 1976, looking at plans for the new building with a group of students.  Fourth from the right (top) is Professor Philip Jaggar, Emeritus Professor of West African Linguistics (social anthropology and Hausa, 1968), who at the time was the President of the SOAS Students’ Union. 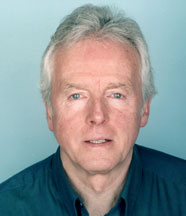 Philip recalls his presidency thus: “In 1966/67 I was elected President. There was only one candidate at the time, and friends had persuaded me to enter my name simply to make a contest of it. Thanks to the organizational skills of my Nigerian friends and the football team, and to my total bewilderment, I got the vote, and was perhaps the last ‘apolitical’ SOAS President.” 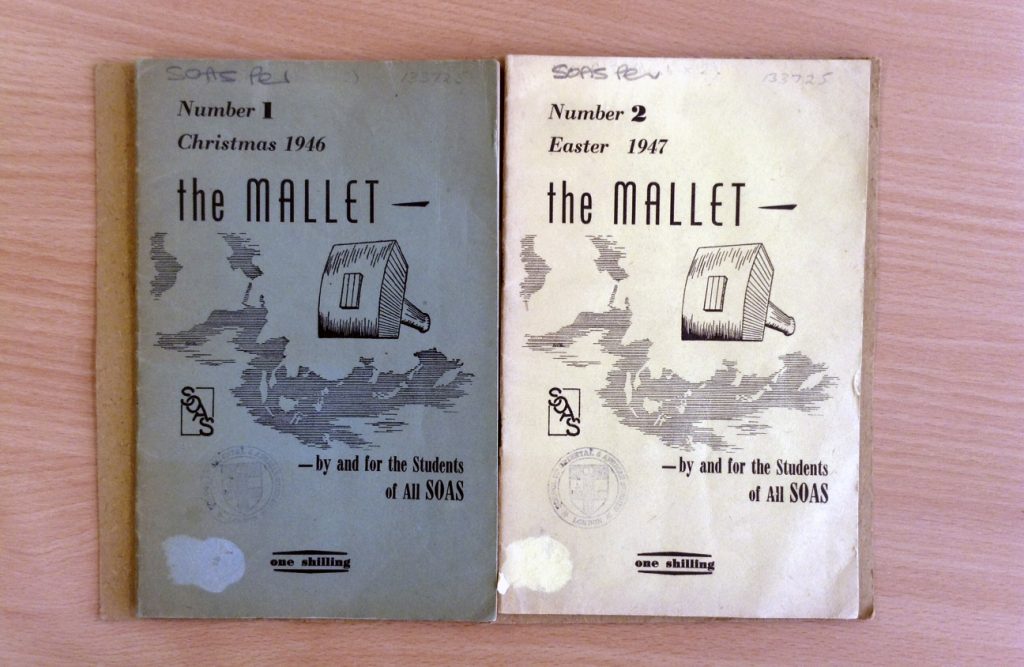 An extract from the first ever edition of The Mallet, the first SU publication, recounts one of SOAS’s most cherished clubs at the time: “It was quite a startling thing for S.O.A.S. to possess a cricket team. However, formed at the beginning of the Summer Term (1946), the team were undeterred by the lack of any tradition behind it, and played an enjoyable and not dishonourable series of matches against various London Colleges…We are glad to say that three of our players were chosen to play for the University [of London team].” 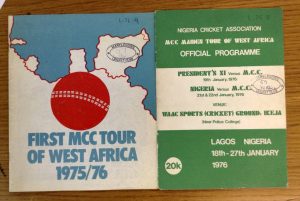 Philip helped to revive cricket at SOAS, and the team’s success was due in part to the presence of talented players from commonwealth countries such as India, Pakistan and the Caribbean. He was to go on to greater things, and on 19 January 1976 had the honour of being chosen to play for his ‘adopted country’ Nigeria against the touring MCC (‘England’) side in Lagos. 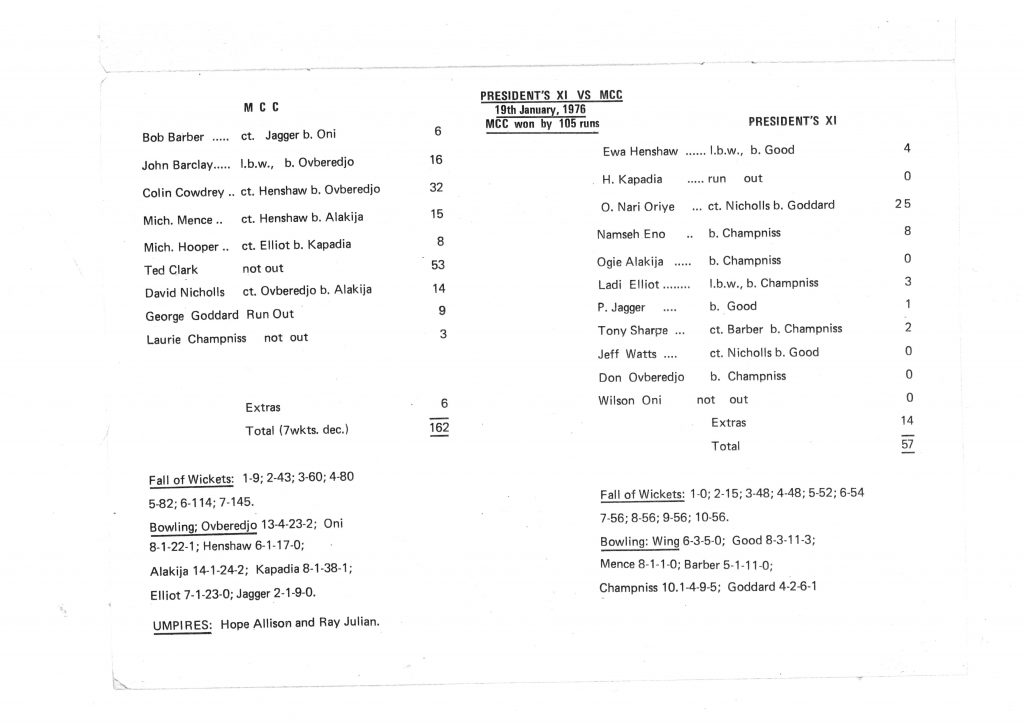 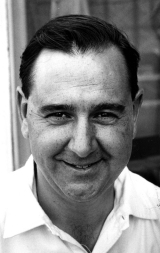 Philip Jaggar played against one of the best cricket teams in the world at the time. Most notably, Colin Cowdrey (Baron Cowdrey of Tonbridge), who captained England, became president of the MCC and was thrown a memorial service by John Major (Prime Minister 1990-97), in Westminster Abbey in 2001.

Philip remembers the game in Nigeria and how Cowdrey stepped out of an air-conditioned limousine, put down his glass of pink gin, scored a quick thirty-two against them, then quickly retired to the limousine. 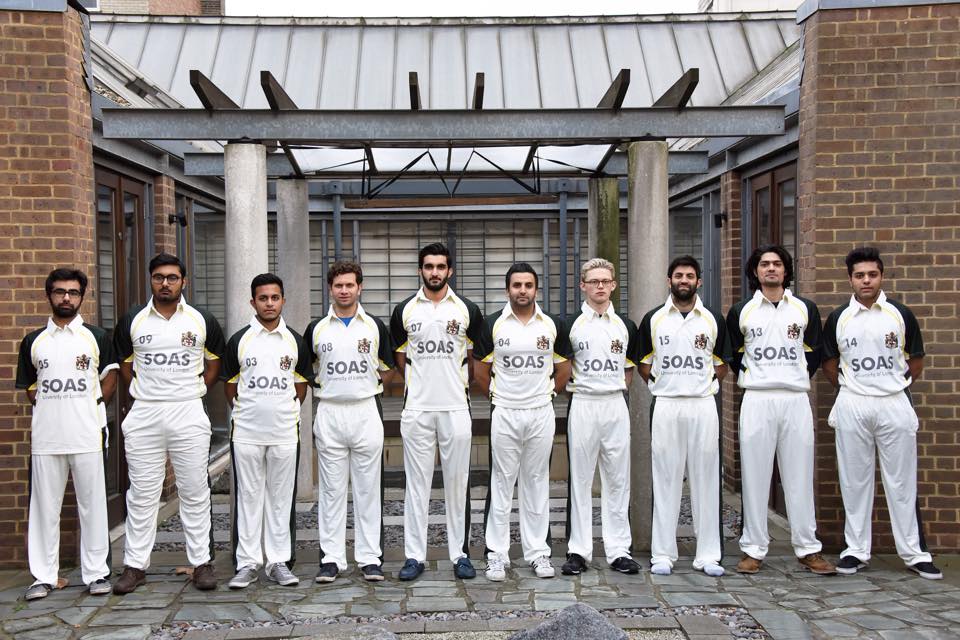 Cricket at SOAS has now been going strong for 70 years, making it one of the oldest organised Students’ Union clubs on campus.