Alice Werner, one of the School’s first lecturers, who pioneered the study of Swahili language and literature

Home/Uncategorized/Alice Werner, one of the School’s first lecturers, who pioneered the study of Swahili language and literature

Alice Werner, one of the School’s first lecturers, who pioneered the study of Swahili language and literature

Professor Alice Werner (1859 – 1935) was one of the pioneers in African Studies in the early twentieth century. As one of the original staff at the School, she played an important role in the School adding Africa to its title in 1938. This week Angelica Baschiera, Manager for the Centre of African Studies, discusses her influence in the field .

I came across the work of Alice Werner when I was working as a research assistant for the Swahili manuscripts project at SOAS. Alice Werner was an incredible person of her time and was one of the first female Linguists at SOAS. Prof Werner pioneered the academic study of Swahili language and literature in the UK, and especially the study of oral traditions.

She was born in Trieste, Italy, on 26 June 1859, and died in London on 9 June 1935. In her youth she lived in New Zealand, Mexico, USA and Europe, and she was educated partly in Germany, and later in England, where she attended Newham College at Cambridge University. Her interest in Africa began with visits to Nyasaland in 1893 and Natal in 1894, and in 1899 she began teaching Afrikaans and Zulu in London. Her special interest in the Swahili language and culture began in 1911 when she toured East Africa for two years. 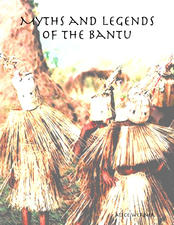 In 1917 she joined the School of Oriental and African Studies as one of the first members of staff, initially as Lecturer, then Reader and eventually she became Professor of Swahili and Bantu languages until her retirement in 1930. She also taught at Oxford and Cambridge, in co-operation with her sister Mary Werner. In 1928 she received the D.Litt and in 1930 the title of Emeritus Professor; both awards from the University of London. She was also awarded a CBE  and, in 1931, the Silver medal of the African Society, of which she was Vice-President. 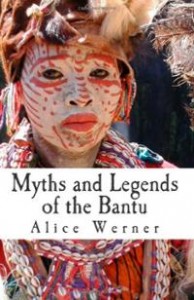 Specifically to the SOAS Swahili Archives collection she is remembered for her collection of Liongo songs and poems. She also made contributions on African subjects to the Bulletin of the School of Oriental and African Studies, in addition to other journals. Her published works include, ‘The Native of British Central Africa’ (1906), ‘The Language Families of Africa’ (1915), ‘Introductory Sketch of the Bantu Languages’ (1919), ‘The Swahili Saga of Liongo Fumo’ (1926), ‘Swahili Tales’ (1929), ‘Structure and Relationship of African Languages’ (1930), ‘The Story of Miqdad and Mayasa’ (1932), and ‘Myth and Legend of the Bantu’ (1933). 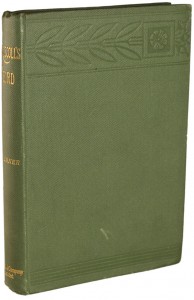 In addition to her academic works, Alice Werner published works of poetry and fiction, including a collection of poetry, A Time and Times (1886) and O’Driscoll’s Weird (1892), nine pieces of short fiction, the title novella being about an evil fate that pursues a man who is connected to Fenian conspiracies, and the other stories set in Africa, the American Southwest, Italy, France and Cornwall.