The Bernstein & Byres Prize in Agrarian Change for 2017

The Bernstein & Byres Prize in Agrarian Change for 2017

We are pleased to announce that R. Ramakumar, School of Development Studies, Tata Institute of Social Sciences, Mumbai, has been awarded the 2017 Bernstein & Byres Prize for his article ‘Jats, Khaps and Riots: Communal Politics and the Bharatiya Kisan Union in Northern India’. 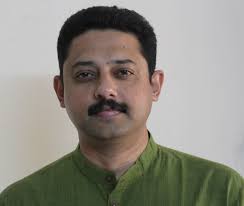 The Bernstein & Byres Prize has been awarded since 2008 by the Journal of Agrarian Change (JAC) to the best article published in that year. An award of £500 is given to the winner (donated by our publisher, John Wiley & Sons, Ltd). Articles are judged on: (a) their quality as works of political economy; (b) their analytical power; (c) their originality; and (d) the quality of evidence presented and its deployment. Through this, we hope to reinforce the remit of the Journal in the field of agrarian political economy and to encourage scholarly work investigating the social relations and dynamics of production, property and power in agrarian formations and their processes of change, both historical and contemporary.

For the prize for 2017, a jury of five were asked to assess four articles shortlisted by the Journal’s editors. They chose R. Ramakumar’s article as the winner. The other articles that made it to the shortlist were:

The jury consisted of three members of the International Advisory Board (who vary annually) and the Journal’s founders and editors emeriti – Henry Bernstein and Terence J. Byres. The jury members produced detailed reports for which the editorial team would like to thank them. We draw upon these reports in the following outline of Ramakumar’s article.

The article investigates ‘how the leadership and membership of a ‘new farmers’ movement’ in India – the Bharatiya Kisan Union (BKU) – actively internalized, and helped entrench, a communal discourse that preceded the riots in Muzaffarnagar’ in western Uttar Pradesh in India in 2013. In that communal riot 29 people were killed, most of them Muslim labourers.

The article is cast within a strong political economy framework and is at once analytically astute, historically informed and original. The relations between Jats and Muslims in western Uttar Pradesh are portrayed vividly and with great insight. The fieldwork on which it is based includes a series of revealing interviews ‘with a wide range of actors: state leaders of the BKU, village-level BKU activists, leaders of political parties, academics and the villagers affected or displaced by the Muzaffarnagar riots’. This allows for new perspectives on ‘one aspect of the BKU’s record: its relationship with communal politics and the ideology of Hindutva’. The treatment of ‘the cultural construction of peasant identity, which has been a feature of India’s new farmers’ movements such as the BKU’ is illuminating. The link is made with ‘Charan Singh’s Jat peasant-centred political party, the Bharatiya Lok Dal (BLD)’. That is an important connection that gives historical continuity to the analysis and exposes the ideological roots of the BKU.

The article addresses why, during the riots, the identity of a ‘Hindu’ prevailed over the class-neutral identity of a ‘farmer’. It is a puzzle in view of ‘the region’s legacy of syncretism and inter-faith solidarity’. Ramakumar’s answer is that this can be traced to the ways in which, historically, the BKU has sought to construct culturally the identity of a ‘farmer’. ‘Even though the BKU leadership did not directly participate in the riots, it was deeply complicit as a participant in the communalization of the rural discourse. Communalizing the discourse was the means, and the riots were the end’. It is an important conclusion. Ramakumar gives central attention to the importance of khaps. The ‘khap panchayats are traditional institutional bases of Jat socio-political power in parts of northern India’. They helped ‘actively internalize, and entrench, a communal discourse that preceded the riots’. Khaps went from being of marginal social significance in the 1980s to playing a role of central importance the early 2000s. This analysis provides an original and convincing contribution.

We would like both to congratulate Ramakumar on his signal achievement and to use this as an opportunity to encourage others to engage in intellectually ambitious and empirically rigorous work in agrarian political economy of this sort; the Journal of Agrarian Change will continue to welcome such submissions.