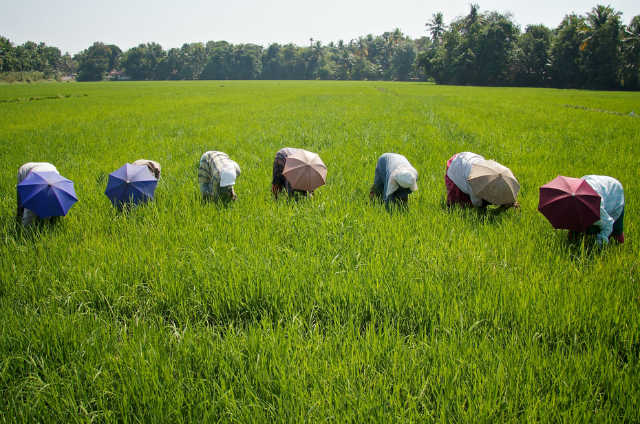 This notice is part of the Journal of Agrarian Change blog, hosted on the Development Studies at SOAS blog.

This special issue of the Journal of Agrarian Change presents ﬁve essays and an interview in appreciation of Henry Bernstein. Henry Bernstein’s contributions to peasant studies, agrarian political economy and development studies are significant, from his seminal 1977 paper ‘Notes on Capital and Peasantry’ onwards. His book Class Dynamics of Agrarian Change has been translated into Bahasa, Chinese, French, Japanese, Portuguese, Spanish and Turkish, and serves as a textbook for students of agrarian political economy in many corners of the world. With Terence J. Byres, he led and nursed what are now the main spaces for debate in agrarian political economy and political sociology – founding the Journal of Agrarian Change in 2001 and editing it for seven years, and before that, joining Byres in 1985 as co-editor of The Journal of Peasant Studies, where they worked together for 15 years.

Bernstein began developing his ideas on the peasantry and capitalism and pushed the frontiers of understanding the same while at Dar as Salaam in Tanzania in the 1970s. Analytically, he has engaged with and critiqued different kinds of political economy positions (such as ‘Warrenism’ or proponents of country-based solutions to the agrarian question) as well as those outside a class-based approach (such as populism). He has also responded constructively to critiques by feminist political economists on his concept of gender and pre-capitalist relations of domination. One of Bernstein’s many strengths is his ability to engage with pressing political questions of the time, be it the politics of land reform in South Africa during the period of endgame for apartheid in the early 1990s or more recently, the debates around ‘food sovereignty’ and with movements like Via Campesina. Further, his commitment to pedagogy has shaped the field of development studies in very substantial ways. Such wide-ranging and long-lasting contributions have been made possible by his willingness to take opinions other than his own seriously but also crucially due to the value he places on interdisciplinarity while being rooted in the method of historical materialism.

The essays – by major scholars in the ﬁeld of agrarian political economy – engage with different aspects of Bernstein’s oeuvre. The theme of petty commodity production is examined and developed in the contributions by Barbara Harriss-White and Bridget O’Laughlin published in the issue, and it is also a central methodological starting point for Gavin Capps’ paper, which seeks to ﬁll an important gap in African agrarian political economy through his category of ‘tribal-landed property’. Harriss-White and O’Laughlin’s contributions, along with Jairus Banaji’s, also develop Bernstein’s forays into the ﬁlière or commodity chain and his understanding of agribusiness, including through Chayanov, in quite different ways. Finally, Byres’ contribution continues his conversation with Bernstein on the implications of the ‘agrarian question’, and more specifically, the continued relevance (or irrelevance) of the agrarian question of capital at the national level in the period of neoliberal globalization.

The Journal of Agrarian Change and its editors are pleased to publish this Festschrift for Henry Bernstein. Below is the complete Table of Contents:

Introduction to the Special Issue Liam Campling and Jens Lerche

An Interview with Henry Bernstein Gavin Capps and Liam Campling

Tribal-Landed Property: The Value of the Chieftancy in Contemporary Africa Gavin Capps

The Tragedy of the Commodity: Oceans, Fisheries and Aquaculture, by Stephano B. Longo, Rebecca Clausen and Brett Clark Mads Barbesgaard

The Journal of Agrarian Change is the leading journal of agrarian political economy. It promotes investigation of the social relations and dynamics of production, property and power in agrarian formations and their processes of change, both historical and contemporary. It encourages work within a broad interdisciplinary framework, informed by theory, and serves as a forum for serious comparative analysis and scholarly debate.