When Human Trafficking Becomes a Weapon of War

When Human Trafficking Becomes a Weapon of War 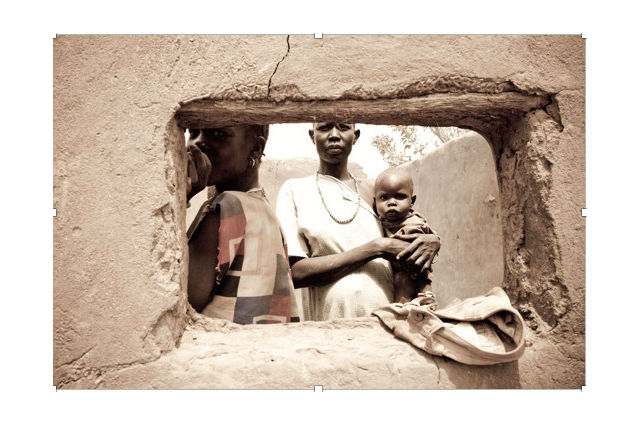 Emma Saville (MSc Violence, Conflict and Development 2014) is the Education Programme Manager at PositiveNegatives. Emma’s book, Human Trafficking as a Weapon of War: Sudan a Case Study, has recently been published. She tweets from @_EmmaSaville_.

An estimated 35.8 million persons are thought to be currently enslaved worldwide. Human trafficking is a fundamental violation of human rights that has been referred to by some as a form of ‘modern-day slavery’ (see Bales et al, 2011). Reported in nearly every part of the world, it reaps enormous profits for trafficking agents. Yet despite growing political attention, legislation and cross-organisational efforts to tackle the problem of human trafficking, it remains on the increase.

So when does human trafficking become a weapon of war? It may, for instance, become a weapon of war in conflict and post-conflict contexts where non-state actors appear to be targeting people from an opposing group due to their ‘otherness’. Local political economy factors may also contribute to the targeting of certain groups in this way. Trafficking thus becomes part of wider attempts to damage rival groups in the long-term.

My research explores why the nomadic Baggara (‘cattle-herding’) tribe in Sudan internally trafficked so many women, men and children from the pastoralist Dinka (the country’s largest ethnic group), during the Second Sudanese Civil War (1983-2005). Unfortunately, reliable statistics are impossible to gather during conflict, especially with regards to trafficking since it is a shadow economy​ that occurs within a state’s borders​, which impacts on our ability to see the dynamics at play in full​. The report was therefore based on both qualitative research with the affected communities and secondary literature on the topics (see below for a note on data sources used in the report).

The report shows how in Sudan human trafficking was used as a weapon of war, against both males and females, with serious long-term socio-economic and political consequences for the Dinka and wider Sudan. By physically removing individuals from their land and  damaging them so badly that they became unable to reproduce or work for years afterwards (or even permanently) via means of mental or physical violence and torture (UN, 2010: 40), traffickers also removed their victim’s ‘productive and reproductive labour power’ (Turshen, 2000: 804), eradicating their value as perceived by society.

Trafficking can therefore be argued to be an act motivated by political economic incentives. This has serious consequences for society, and for development, as trafficked individuals are no longer able to work the land, care for the sick and elderly, give birth to further generations or provide childcare (see Wood, 2009; Merger, 2010). Therefore, if a community loses a percentage of its population to traffickers, society inevitably suffers economic, social and political losses (Bales, 2012: 43). Furthermore, due to the fact that economic gain and freedom of choice are at the core of productivity, trafficking hinders international and national economic growth with a resulting increased cost to human welfare and profitability to non-state actors, demonstrating that the motivations of non-state actors must be understood and preventative measures taken.

I argue that the Baggara viewed the Dinka as ‘other’ due to the group’s perceived historical, ethnic, religious differences, as well as their varied livelihoods, in addition to factors stemming from colonial history.  When Britain took control of Sudan in 1898, it left the north under nominal quasi-protectorate Egyptian rule whilst taking over management of southern Sudan. Britain developed a “Southern Policy”, whose the primary aim was to prevent economic integration of the two regions in order to curb the north’s Islamic and Arabic influence. This divide between the north and south, created under colonial rule, has continued to the present day. The Dinka are pastoralists and Nilotic speakers and mainly live in the north of South Sudan, whereas the Baggara are nomadic cattle-herders and Semitic speakers and mainly reside in the Darfur region of Sudan (Lesch, 1998: 178). The Dinka and the Baggara both depend on cattle for their livelihood. Previous conflicts over water and grazing rights between Arab pastoralists, such as the Baggara and Meidab, and the non-Arab Dinka, Zaghawa, Daju and Masalit, have historically also played a fundamental causal role in Sudan’s multiple civil wars (see Totten, 2011).

During the Second Sudanese Civil War (1983-2005) human rights and humanitarian law were expressly violated when civilians became the targets of attacks, killings and enslavement. During the 1980s, for instance, senior military leaders in Khartoum established plans to destabilise the Dinka as part of a strategy to win the conflict, as they felt that weakening the Dinka would divest the south of its natural leadership.

The Dinka were the southern group most inclined to head north to look for work, trade and education, and  as such they were apparently seen as a threat by the central government. Dinka citizens, cattle, and any other resources were thus deemed suitable targets for attacks attempting to neutralise the opposing SPLA/M and protect government oil fields, according to International Crisis Group. Slave-raiding cannot thus be separated from the government’s strategy to destabilise and depopulate southern Sudan. Unsurprisingly, the government denies both the existence of, and its involvement in, ‘an organised campaign to perpetrate slavery’ (Franco, 1999: 2). 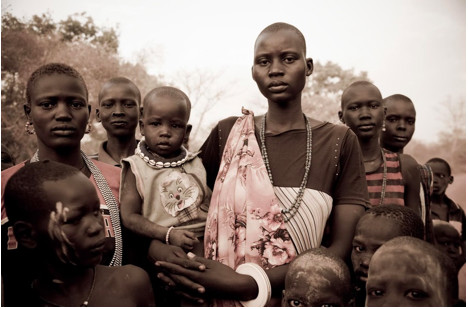 These historical conflicts helped cement the perceived difference and ‘otherness’ between the Baggara and Dinka. Meanwhile the civil war created new forms of regulation shaped by the reallocation and questioning of violence rights in which the Baggara had an economic incentive to move towards the shadow economy of human trafficking whilst also intentionally destroying the Dinka.

This shows that conflict actors may deliberatively choose to destroy an opposing group, in whole or in part, if they are different protagonists of the same economy, as a coping or survival strategy, especially during or following conflict when resources are scarce. Given the complexity of methods and motivations behind trafficking, a political economy approach helps place the structural dynamics relating to how and why people are trafficked within the broader sphere of war economies.

In contrast, previous research has focused on trafficking, both in Sudan and worldwide, for the purpose of sexual exploitation. Yet forced labour in organ harvesting, manufacturing, fishing, domestic and food service, construction and agricultural industries is predominant in many countries (see Aronowitz, 2009). Furthermore, many commentators and organisations use a victim-oriented approach to analyse human trafficking. As the Sudan example shows, this approach neglects some critical underlying issues.

Of course, trafficking is not used as a weapon of war in every context. Even if conflict actors only chose to engage in trafficking due to lack of alternative economic options, trafficking does not become a ‘weapon of war’. Only when it is instrumentalised to deliberately cause harm to an opposing group does it become such a tool. And there may be many motivations which cause traffickers to treat human beings as mere commodities, from economic incentives, exacerbated by other factors such as conflict and lack of employment.  It is over-simplistic to see conflict actors as merely ‘greedy’ profiteers.

This means we need to ask questions such as: are traffickers just trying to provide for their families due to lack of alternative economic opportunities? Are their actions based on historic cleavages? Are they due to lack of local resources? Would they view their actions as rational? Do they act in this way just because they can? 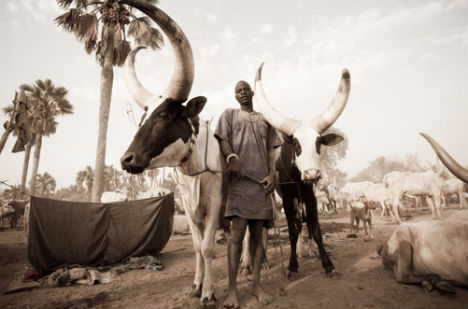 The answers to these questions compel us to look at a variety of different factors, such as the legitimacy of the state and the reliability of the justice system and/or military and police.  In situations where these are lacking, individuals may turn to conflict actors to resolve local disputes or protect their property rights or their homes. Traffickers may in turn be trying to better their own lives by trying to provide for their families in a complex conflict situation.

Human trafficking is certainly a challenging multifaceted global phenomenon with wide-reaching, long-term consequences. It requires both global analysis and country-specific solutions. By examining the complex incentives and motivations of traffickers, we gain better insights into the root causes of human trafficking. Then, and only then, can the long-lasting detrimental effect of human trafficking, both for individuals and broader society, hope to be prevented.

Franco, Leonardo (1999) Report of the Special Rapporteur on the Situation of Human Rights in Sudan, May 1999.

Merger, Sara (2010) ‘Rape of the Congo: Understanding sexual violence in the conflict in the Democratic Republic of Congo’, Journal of Contemporary African Studies, Volume 28, Issue 2, 119-135.

Turshen, M. (2000) ‘The Political Economy of violence against women during armed conflict in Uganda’, Social Research, Vol. 67, No. 3.

UN (United Nations) (2010) ‘Review of the Sexual Violence Elements of the Judgments of the International Criminal Tribunal for the Former Yugoslavia, the International Criminal Tribunal for Rwanda, and the Special Court for Sierra Leone in the Light of Security Council Resolution 1820’, United Nations Publications: Department of Peacekeeping Operations, 1 Nov 2010, Geneva: Political Science.

A note on data within the report

Due to time limitations and the sensitive nature of the topic involved, the book relied on primary sources, such as reports, interviews and data sets collected by researchers, NGOs and intergovernmental institutions such as the United Nations (UN), in addition to secondary literary sources. Statistics about trafficking in human beings (THB) are inevitably unreliable for various reasons due to its illegal, often invisible, nature and the severity and range of trafficking activities (Oram et al, 2011: 7), especially when it occurs within a state’s borders. There are also always issues with gaining access, either to the victims or to the traffickers themselves. Research on THB is rarely a priority at the governmental level, which also makes data collection more difficult. Furthermore, reporting mechanisms are often either not available or appropriate. For example, how are most trafficking survivors able to call or email an NGO? These difficulties increase for those residing in refugee camps, conflict zones or rural areas (see Thapa, 2003). Additionally, trafficking statistics will err on the low side because individuals fear social stigmatisation, as THB regularly involves rape (Kangaspunta, 2003: 82).  Although there are various estimates regarding the number of people trafficked at national and international levels, data was chosen from the IOM’s Trafficking Persons Report. The IOM is generally considered to be the ‘leading agency in counter trafficking and prevention of human slavery; since 1994 the IOM has implemented almost 500 projects in 85 countries’ (IOM, 2012: 1) and has been collecting trafficking data since 2000.[1] The IOM global trafficking database has been ‘commended for being systematic[…]allow[ing] for the collection of comparable data’ (StatCan, 2014: 1) The IOM (2014: 1) estimates that up to ‘800,000 people may be trafficked across international borders annually, with many more trafficked within the borders of their own countries’. It is also worth questioning the accuracy of data sets collected by certain organisations as statistics can be manipulated for various self-serving goals. Given the lack of reliable data, THB as a weapon of war requires examination in a contextual framework in order to analyse it effectively.

Kangaspunta, K. (2003) ‘Mapping the inhuman trade: Preliminary findings of the database on trafficking in human beings’, Forum on Crime and Society, 3(1-2), 81-103, available from <http://www.unodc.org/unodc/en/data-and-analysis/Forum-on-Crime-and-Society.html> accessed on 20 June 2014.

IOM International Organisation of Migration (2012) ‘Trafficking in persons: some estimates’, available from <http://www.iomvienna.at/en/aktivitaeten/bekaempfung-des-menschenhandels/71-news/menschenhandel/566-trafficking-in-persons-some-estimates> accessed on 7 July 2014.

IOM International Organisation of Migration (2014a) ‘Counter-Trafficking’, available from < http://www.iom.int/cms/countertrafficking> accessed on 12 July 2014.