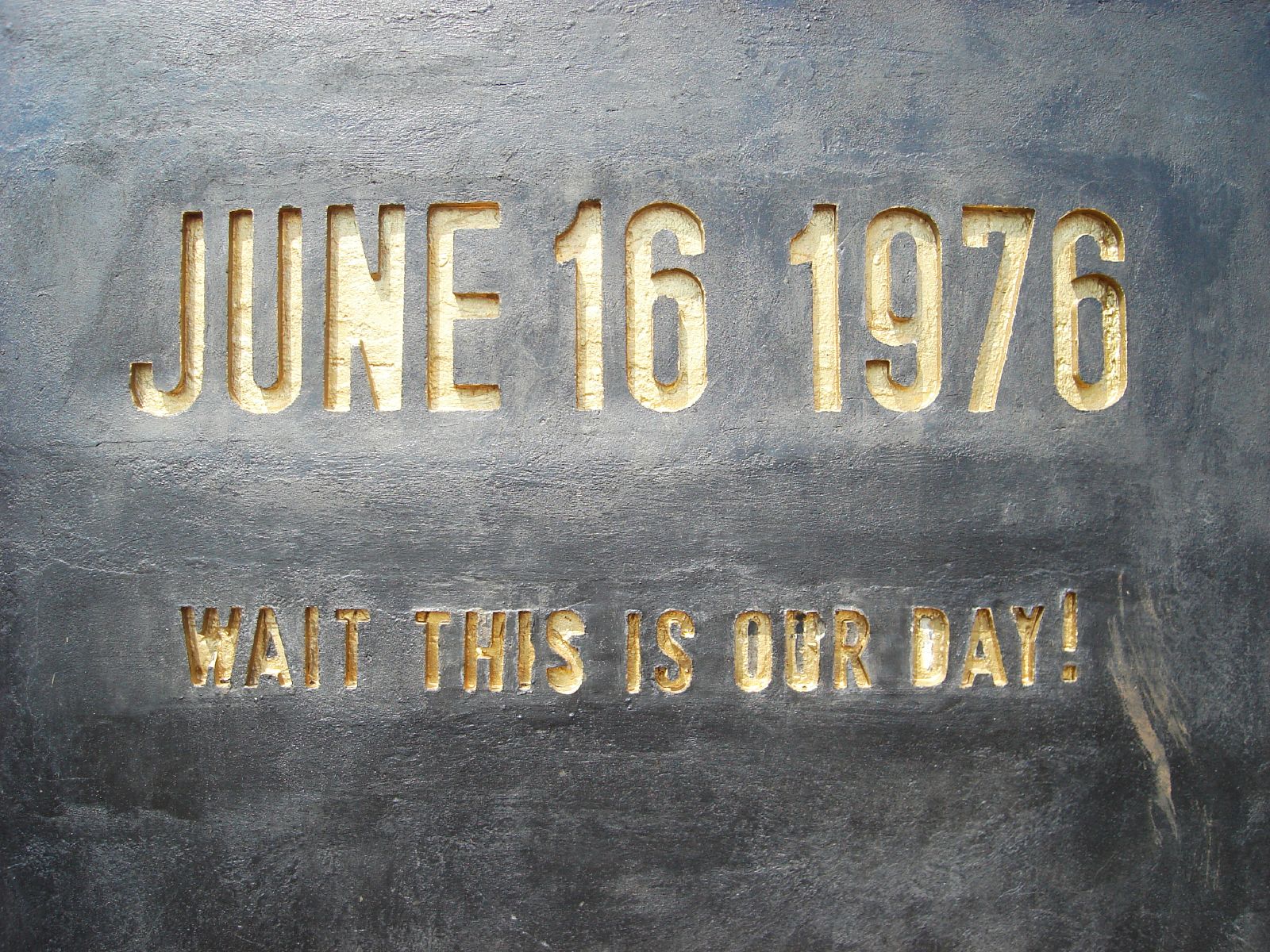 It was Wednesday. The young people who marched on 16 June 1976 recall a brisk morning, typical of the South African highveld in mid-winter. After morning assembly, where some sang Nkosi Sikelel’ iAfrika in place of the Lord’s Prayer, students took to the streets. The plan – deliberately concealed from adults – was to converge on Orlando West and register their collective dissent: ‘to hell with Afrikaans.’ Students marched in columns from different corners of Soweto, the vast African township that sprawled to the south west of Johannesburg, their numbers swelling to at least 10,000 along the route (here is a map showing some of the routes and key sites). There were raised fists, there was singing, chanting, placard-waving; there was tentative excitement about confronting ‘the system’ for the first time. Somewhere after 10am, this jubilant defiance was punctured:

Brothers and sisters, I appeal to you to keep calm and cool. We have just received a report that the police are coming.

What followed varies in the telling. Some remember the release of police dogs, and a dog stoned to death. Some remember an order to disperse, others heard no such warning. Many remember the taste of tear gas, the first in their lives. All remember – those who witnessed it, those who heard as word hummed through the crowd and those who saw Sam Nzima’s wrenching photograph in the papers the following morning – that the police opened fire and killed a 13-year-old named Hector Pieterson. At around the same time, uncaptured by any camera’s lens, a 15-year-old named Hastings Ndlovu was also shot dead.

The immediate spark for the June 16 demonstration was the imposition of Afrikaans as the medium of instruction in schools. Political objections fused with pedagogical ones. Afrikaans was the language of the most prominent white presence in townships, – the police – and of the ruling National Party. Most students and many teachers could barely speak Afrikaans, making it near impossible to learn or teach. Yet the 1974 decree dictated that, alongside ‘mother tongue’ instruction according to ethnic grouping, Afrikaans and English were to be used equally. This ruling intensified the frustrations of Soweto’s school-going youth. The Bantu Education system had, since 1953, provided underfunded schooling in overcrowded classrooms, with curricula designed to hem the aspirations of African children and prepare them for limited futures in poorly-paid jobs. Changes to this education system in the early-1970s both drastically expanded the secondary school population and worsened the conditions under which they learned (Hyslop 1999).

As the 1960s gave way to the 1970s, Soweto’s students were responding to their struggles in increasingly political ways, inspired in part by momentous developments both within South Africa and without. The South African Students’ Movement began holding meetings, talks and discussions in the early 1970s. The pupils first affected by the imposition of Afrikaans, led by Phefeni Junior Secondary School, began classroom go-slows and school boycotts in the months leading up to 16 June – struggles explored by historian and former Phefeni student Sifiso Mxolisi Ndlovu in his book The Soweto Uprisings: Counter Memories of June 1976 (1998). While the police attempted to curb this burgeoning militancy, the Department of Bantu Education remained intransigent, apparently undaunted. ‘No I have not consulted the African people on the language issue,’ said one minister, ‘and I’m not going to’ (Nieftagodien 2014: 62). On  June 13 a mass meeting attended by students from across Soweto was held. June 16 was chosen as the day of action.

A moment’s pause followed the first shootings. Even the older students, who knew something of the repressive impulses of the apartheid state, had not anticipated the use of live rounds on children. There was little opportunity, however, to dwell on the shock. Amidst the horror and confusion, the chaos and fear, there was a deep fury at the extraordinary brutality of the police. One former student remembers:

[The police] started shooting and we were unarmed. We were just students, what we had [were] only pens. So we retaliated and we ended up throwing stones back to them…

Open confrontation ensued. ‘Hippos’ (armoured cars) carrying armed officers flooded in as helicopters showered tear gas over the entire township. Soweto’s children improvised: throwing rocks, using dustbin lids as shields, ducking in and out of houses. They aimed their rage at government buildings and vehicles – anything associated with ‘the system’ became a target. By the afternoon, Soweto was engulfed in smoke and turmoil, and by nightfall, the police still had not regained control. In many ways, they never would again.

Within days, young people in other townships were demonstrating in solidarity. Moved by the same youthful and unjaded outrage as their Sowetan peers, defiance in the face of state violence became characteristic of the revolt as it spread throughout South Africa. Demands quickly broadened to include calls to end not only Bantu Education, but apartheid itself. Activism took many forms, students countrywide organised campaigns, boycotts and stay-at-homes in their communities with varying degrees of success and co-ordination. Funerals for young people killed by police, transformed into mass political gatherings, became a mainstay of township life. By late 1977, the uprising had been quelled by the repressive violence of the state: in excess of 1,000 people were dead, and huge numbers of student activists were detained, imprisoned or driven into exile. But the forces unleashed in the uprising could not be extinguished. It had been the most significant challenge to the apartheid state in over a decade. For the first time in a long time, the uprising of youth made the end of apartheid seem possible.

In 2016, South Africa marked the 40th anniversary of the beginning of the uprising. The year before had seen the eruption of new student protest: #RhodesMustFall in March, and #FeesMustFall in October. These movements, led by South Africa’s ‘born free’ generation, were a challenge to the complacent pace of post-apartheid ‘transformation’ in education and beyond. Activists called for decolonisation in ways that continue to reverberate around the world. Their protests explicitly referenced, both discursively and tactically, the struggles of 1976. It was a moment of dissonance: the uprising was a historical event associated with the end of apartheid, why were ‘born free’ students raising its spectre? Whereas 1976 should have distant, it was instead immediate.

The 1976 uprising has always been contested. In the immediate aftermath, various liberation movements jostled for ownership over the student movement, claiming influence. As the African National Congress (ANC) emerged as the dominant internal opposition movement in the country, it increasingly absorbed the uprising into its official lore. This left little room for students as historical actors in their own right, flattening them as ‘heroes’ and ‘martyrs’ in an ANC-led liberation struggle (Pohlandt-McCormick, 2005). Even here, the meaning, styles of commemoration and political deployment of the 1976 uprising changed as the ANC’s emphasis switched from resisting apartheid to building a post-apartheid nation (Ndlovu 1998: 50-54).

Likewise, the historiography of the uprising itself is not static. Scholars responding to the events of 1976 and 1977 produced critical work that also reflected the urgency of the historical moment: paths forward were offered, along with detailed accounts of the uprising which countered the apartheid state’s official report into ‘disturbances.’ Student voices were largely absent (Nieftagodien 2014: 20-25). After the fall of apartheid, important interventions allowed a more nuanced understanding of the uprising based on testimony. Hear Gandhi Malungane, one of the authors behind ‘Soweto: 16 June 1976: Personal Accounts of the Uprising’:

I felt that there might be many people like myself who witnessed, experienced and participated in the uprising, but who experienced it differently to those who are mentioned in the many books about June 1976.

Similarly, in the introduction to Counter Memories Sifiso Ndlovu, also a participant in the uprising, wrote of his desire to uncover ‘the memories and intimate, personal stories behind the official versions of history’ (Ndlovu 1998). Students emerged here not as pawns of history, but as fully realised historical actors. These studies in ‘counter-memory’ showed students acting in diverse, creative and human ways before and during the uprising and often reflecting ambivalently on its impact in their lives. Students Must Rise, a collection published in 2016, partly in response to contemporary student activism, situated events in Soweto in a broader historical continuum and drew out important considerations and distinctions: of gender, class, region and generation (Heffernan et al. eds 2017). South Africans, and historians of South Africa, continue to grapple with the content and legacy of the uprising that began 45 years ago, on 16 June 1976.

The author would like to thank Wayne Dooling for his comments on an earlier version of this piece. 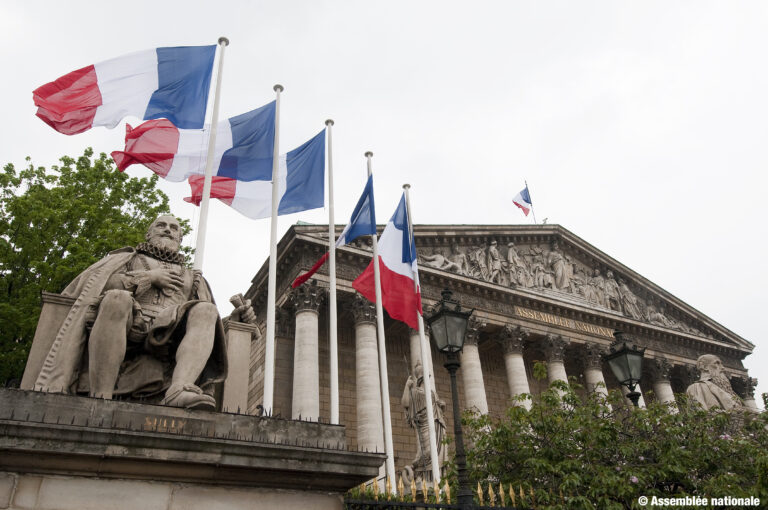 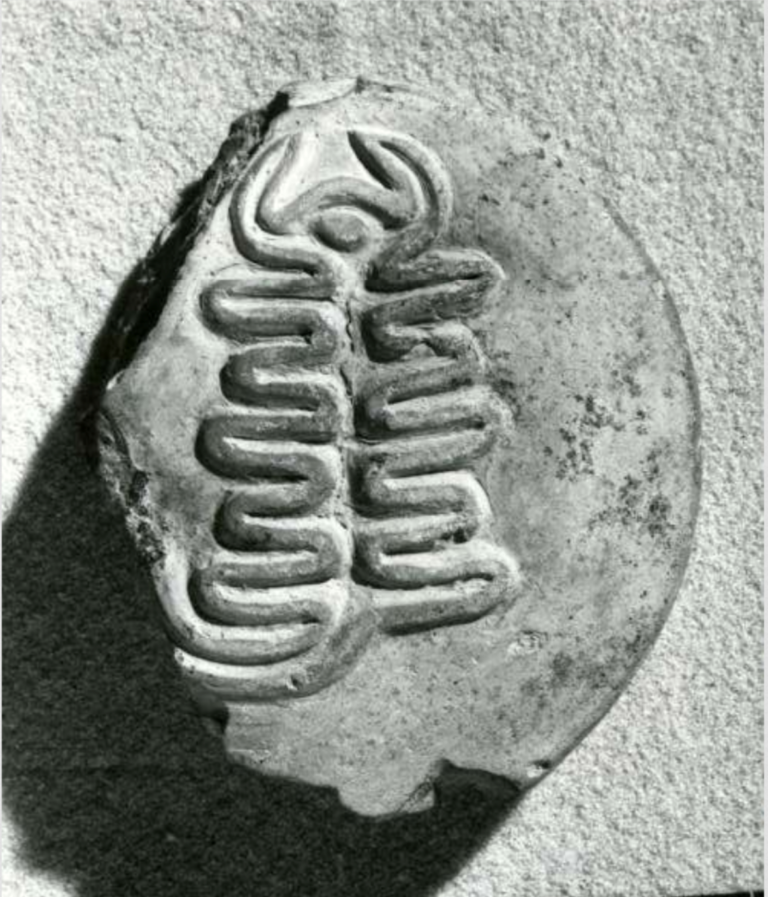 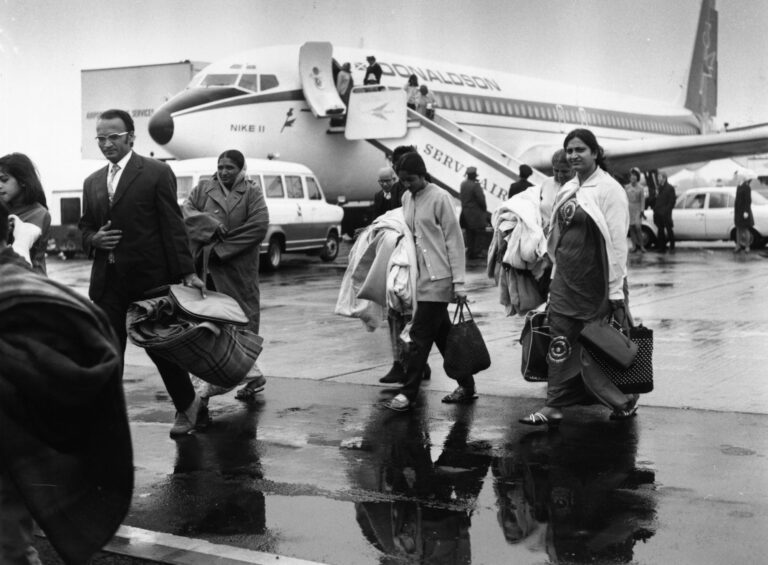 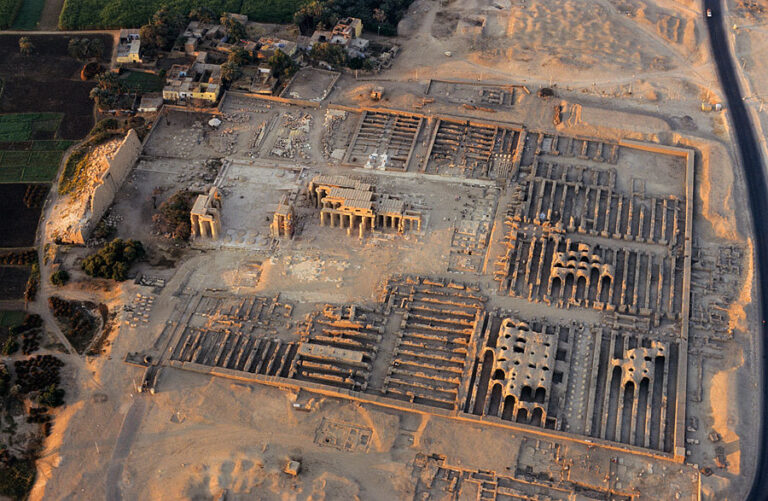 Percy Shelley’s poem ‘Ozymandias’ serves as an analytical lens for both the Europeanisation of contemporary notions of ancient Egypt, and is itself a testament to the legacy of Ramasses II’s legacy. 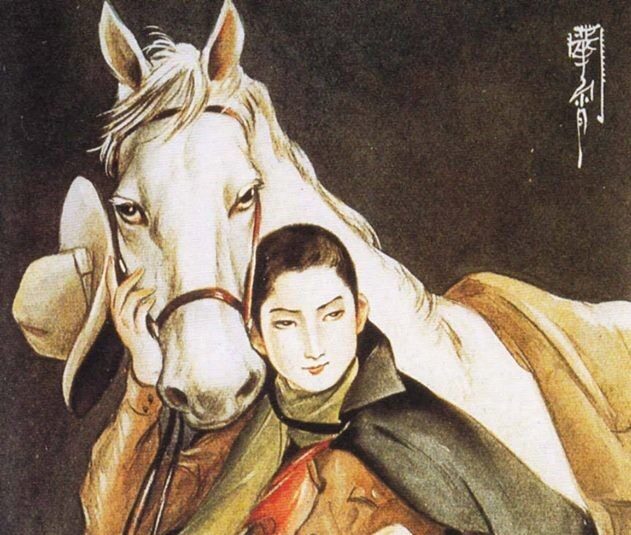 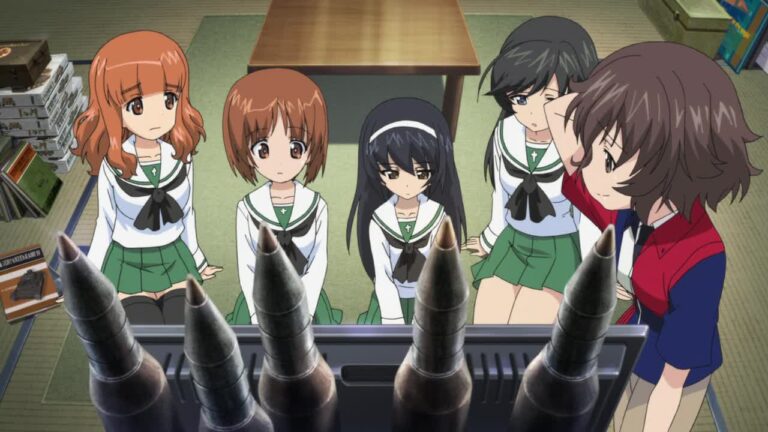 Moe military is subgenre of a subculture in which these reflexive and seemingly dichotomous concepts of aggressor and pacifist break binaries and exist contiguously. Girls und Panzer and The Sky Crawlers sit squarely within this practice of myth making in the contemporary Japanese socio-historical consciousness.