By Caroline Osella|January 9, 2018|Do You Belong to Worthing?, Uncategorized, Worthing|0 comments

Woby* stumbles over the entrance step, wrong-footed by a couple squatting right inside the bloody door, grabs onto the barbed-wire-and-fairy-lights-festooned tailor’s dummy to steady themself, and realises that the door blocking couple aren’t thoughtless bastards, but had been pushed to the back of a very large crowd. Sid Vicious (his portrait) sneers over the whole club as usual and the pineal eye in Woby’s head feels Sid’s scorn. The place is crowded tonight. How to get to the bar for a drink? How to locate the Bard of Worthing in this chaos? There he is, natch, the great big show-off: up front. Compere; MC; facilitator-agitator. It’s Open Mind Night at the Cellar Arts (a bit like Open Mic but less predictable) and Woby’ll have to wait through the improv, the surprisingly good singing stoner, the Egg Man, the uncomfortable stand-up, the punning singalong, the 6th former debut, the old geek keyboard master and all the rest, waiting till Joe Bunn’s closing poem on the classic theme of the flowering arsehole – scary like Stelarc, barmy like Bataille – explodes to messy climax. Wiping the shit off their face and grinning, Woby grabs the Bard’s arm and shouts, huge gobbets of spit spraying the room: “New Year, New Question!” The Bard rubs spit off his beard and locks as he shoves Woby through a door, previously unnoticed, at the back of the room. The pair emerge through one of Worthing’s many other portals (the seafront angel wings one), Woby still dying for a tomato juice, Bard still dabbing spit off his extravagant hair. “Go on, then”… Woby lisps, archly, sly: “Do you belong to Worthing?” The Bard laughs a Bardic, hearty, Druidic kind of belly sound and snorts – as Woby had hoped and known, yeah, known, actually, that he probably would: “Worthing Belongs to Me!” Some parts of Worthing wish Joe did not belong. His ‘Worthing Dead Festival’ poster response to ‘Worthing Live’ raised heckles, and when he used Worthing Speaker’s Corner (near Splashpoint) to organise an ‘Insult the Sea’ event, many were affronted (allegedly). Here, then, yet another interview where ‘They’ (The Worthing Illuminati?) feature. Got an nVivo tab for that one. Granted, Worthing officialdom has not matched Northampton Council’s humour and grace in acknowledging Bunn’s claims to Bard-ness, but Joe plainly does own several bits of Worthing, beyond Poetry Slum, Open Mind and The Question Jar Show. His ambition is proper gargantuan. “Worthing belongs to you – you own Worthing, then. Anything specific in Worthing you’d like to own, for real?” Performance space, of course. Like the old bandstand, which cost so much and is so under used. “And people? Who do you own?” Details of this last response – given enthusiastically, “XXX – I proper own him, yeah I own him alright, and XXX too, and I wouldn’t mind owning XXX”, remains in abeyance while Woby checks some stuff out with libel lawyers.

Part Two in 2 weeks from now. Weather permitting. Thanks to Mike Taussig for path-making.  And to anthropology for teaching us not to be over-rational in a world which is absurd. And for documenting how the occult processes by which power and money hold sway often appear to ordinary folks as inhuman, shading into non-human. Capitalism as devil worship, political power folk-theorised via conspiracy theories, slavery and plantation exploitation turning living humans into zombies, vampire capitalism., monstrous globalisation. It’s also ethnographically interesting to notice in any society precisely what is deemed unspeakable, what is forbidden to be spoken in plain words and what can only be allusion or poetry. Stories, my darlings!  We will always have stories … 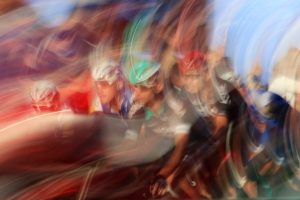 Peter Jones says: “My photography has much in common with what I do with gardens – in both cases I am creating pictures.”  Peter specialises in photography of high speed sports.  He exhibited in Worthing Artists’ Open Houses in 2017.