In the free-flow of participant observation and 84 unstructured interviews, I heard some frightened voices and many despairing ones, when respondents spoke about India. One of the themes that came up in many interactions with respondents was the degree to which they feel that India has betrayed its secular constitution and its founding nationalist goals of a pluralist state.

In 37% of my interactions, religious discrimination or the dangers presented by Hindutva or Hindu nationalism came up spontaneously during our free-flow talks. 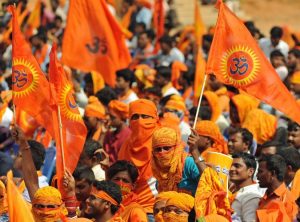 The methodology, to re-cap, was not specifically looking for any of the factors that eventually emerged in the project.

I opened all interviews with just one primary question: is migration to the Gulf just for the money, or are there other factors?  After hearing a first fast response and opinion on this, I then used a couple of secondary open-ended prompt questions:-  talk to me about the differences in life here and life in India; what do you feel are the main positives and negatives of Gulf migrant life and life in India / Kerala?

The study group was made up of 48 Muslims, 24 Hindus, and 12 Christians, split across different class segments and drawn from north and south Kerala. It was not in any way a quants survey-style representative – nor random – sample but was an ethnographic response group composed of willing participants located via FOAF & snowballing. All respondents have a stake in migration: as retired migrants reflecting upon their experiences; as current migrants; as households with migration in their centre.

Here are some quotes from that 37 % of respondents who brought up a sense of unease or fear around freedom of religion, Hindutva, or related religious matters, as part of their reflections on differences in life in the Gulf and life in India.

India is not safe any more. People I have known for 25 years are suddenly telling me that they hate Christians and hate Muslims. We are 38% of the population. But they tell me we should go to Pakistan. The Gulf is preferable because there we are safe. We are not supposed to talk – but I will say it. Under apparent peace, there is longstanding resentment from the Hindus.’

‘When we first came here [to Gulf], we used to have to go to Dubai to go to church, but now we have churches here [in RAK], no problem. The government here is very tolerant’

When Modi came to visit Dubai, the Sheikh gave him land for a new Hindu temple. Would Modi give such consideration for a new mosque? ha! no! See, the Sikhs wanted to build a Gurdwara in UAE and they were given permission, the only one condition that the Sheikh gave – make it beautiful, make it strong and well-made, making it the best Gurdwara anywhere!’ 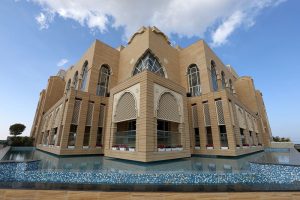 The Gurunanak Darbar Gurudwara in Dubai

‘If you think India is a democracy, just try going down the market place and saying something negative about the Prime Minister, then you’ll see how much free speech you’ve got!’

‘It’s very hard to be a Muslim in India. Getting through day to day is hard, getting education admission is tough, getting employment is even tougher.’

‘India’s freedom is over.’

‘What democracy is there in India, when it’s ruled by a dictator?’

In some interviews, respondents got their mobile phones out to show me photos or videos, circulating via What’s App, showing scenes of danger or distress. One man showed me several videos of cows tossing children, destroying small market stalls and so on. All he said, as he showed these to me, scrolling through one after another, was, “Look! see?” The unspoken and implied comment was a criticism of Hindu nationalist cow-protection policies, which commentators sometimes juxtapose against the lack of protection afforded to Dalits, women and other human citizens, or which they sometimes discuss in the context of the phenomenon of ‘cow-protection’ violent vigilantism.

I’ll speak in other posts about trying to nuance between ‘Kerala’ and ‘India’. Sometimes, some respondents wanted to draw a line between what they saw as a negative culture of illiteracy – political and literal – in North India, and a more reasoned and plural positive culture in Kerala. Other respondents did not make this distinction. All the research took place before the recent general elections.