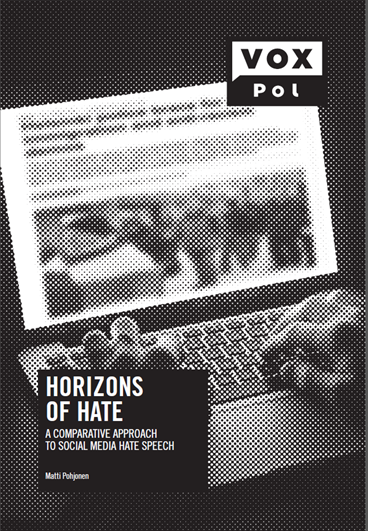 Recent attacks in Christchurch and Sri Lanka have added fuel to the debate about how to resolve what has been described as one of the most intractable problems of the contemporary world – the spread of hate/hateful speech online. However, as some of our recent research  shows, what perhaps is a more intractable  (and often overlooked) problem than merely removing aggressive or hateful comments from social media is the challenge of political polarization underlying such hateful speech.

The study carried out for the VOX-Pol Network of Excellence and funded by the European Union’s Seventh Framework Programme, concluded that even the sources of information used to produce meaning about critical issues and debates are drifting apart, which has led to more extreme framing of events and themes to the audiences already predisposed to react strongly to particular types of information.  What is also interesting about researching this topic from such a comparative perspective is that when we approach such hateful and aggressive communication outside Western countries, it seems to be framed more often in terms of the dynamics of social or political conflict that provoke such speech. In the European context this tends to be framed more in terms of a debate of extremism, radicalisation, freedom of speech and the limits of legitimate political expression.

Turning the conventional wisdom on its head, the research thus wanted to explore how such a comparative approach to online hate speech initiated in countries such as Ethiopia would potentially apply to the European context as well. The study experimented with  a new innovative data-driven mixed-method big data research approach to the polarised social media debates in Finland during the so-called refugee/migrant crisis.

You can read the full report here.