By Joanne Ichimura |7th May 2020|Behind the scenes, Collections & Research|0 comments

The current lockdown may mean that SOAS Special Collections has closed its doors, but we are still open for virtual business!  Our Digital Collections have been literally on the March (… and April) with lots of work going on behind-the-scenes. Over the next few weeks we will be exploring some of the new digital content on our social media platforms under #SOASFromHome. Follow us on Twitter!

Amongst our South East Asian language collections, Batak is a jewel. The digitised collections include 7 pustaha along with language resources (grammars, dictionaries and gospel translations). SOAS is unique in holding a full Rejang manuscript, ‘Book in the Rejang Character’, printed on tree bark, which formed part of the original William Marsden Collection. 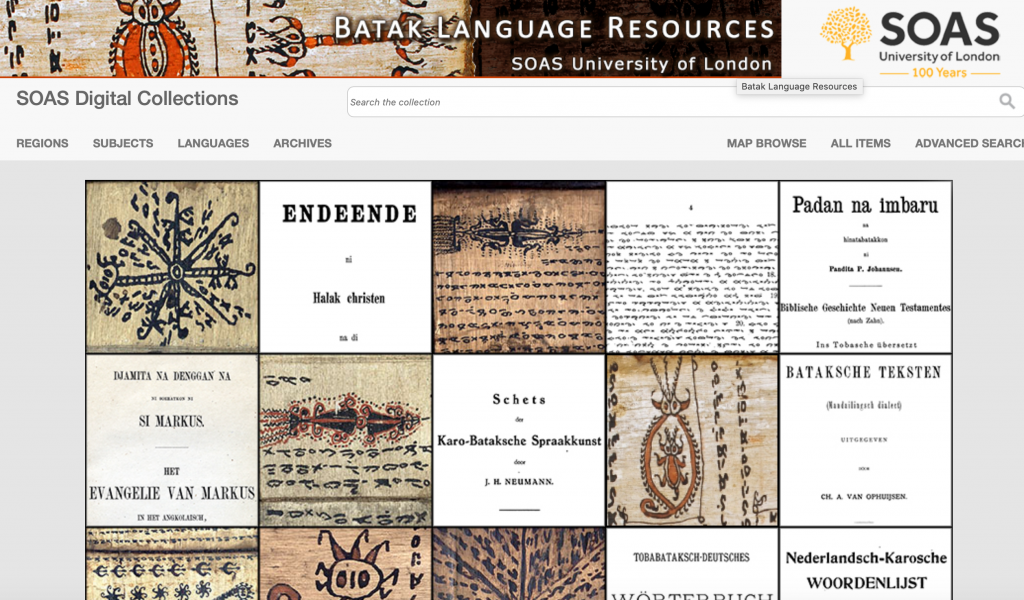 The new Opium in China Collection responds to a request from SOAS academics teaching Chinese history and looking at the opium question. A collection development team has been called together to ensure that content needed for teaching is available, and, to extend digital offerings from English to Chinese texts. The scope of Opium in China is roughly 1830-1930, and it takes into account events leading to and culminating in the first Opium War and its concluding Treaty of Nanking, and the second Opium War and its concluding Treaty of Tientsin. Also included are the establishment of Treaty Ports; the Taiping Rebellion; the Boxer Rebellion and, drug control efforts of the Chinese Maritime Customs Service. In as much as it can, the collection also gathers resources related to medicine, trade, and other issues. 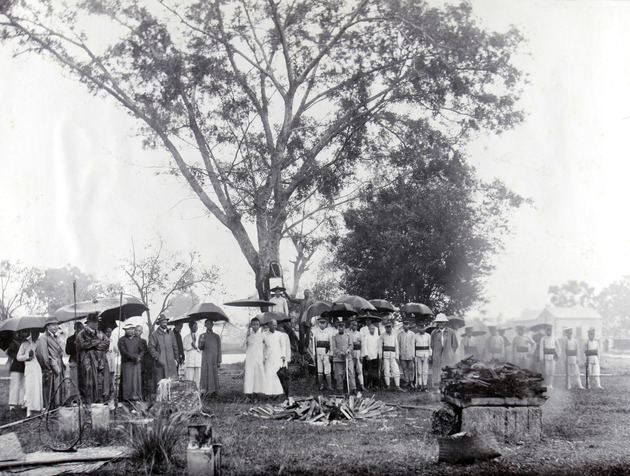 Our collaboration with the Manc.hu Foundation, making the Manchu Collection of texts accessible, stepped toward formalisation, broader collection development and fundraising.  We’re grateful to Professor Lars Laaman’s efforts to move this forward and for his efforts procuring SOAS Seed Corn Funding. We look forward to seeing a global digital Manchu library grow. Added to this collection are some Manchu ‘mystery’ scrolls, recently re-discovered amongst our materials with no cataloguing or associated records. The scrolls have since been identified as imperial patents by ordinance granting the bearer ranks according to hereditary privilege. 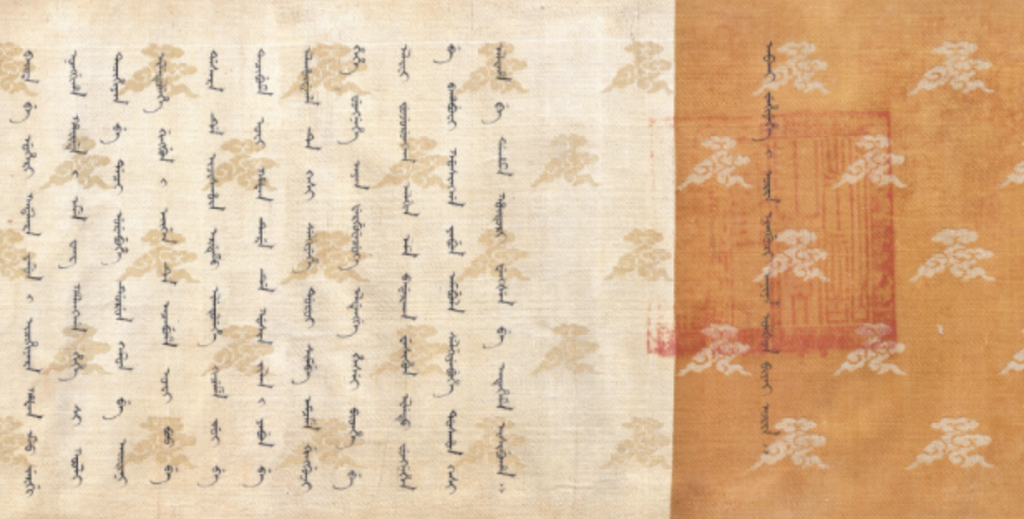 Work has been ongoing around an AHRC-funded Nepal earthquakes project, After the Earth’s Violent Sway, led by SOAS’s Dr Michael Hutt, building a library of largely ephemeral works documenting the earthquakes and Nepals recovery. It’s a model for development and preservation of news and networks otherwised focused on today. Dr. Hutt was also the force behind the earlier From the Land of Braj collection that brought the photographic works of Alan Entwistle back from the cusp of obscurity and revived interests in Dr. Ram Das Gupta’s work to preserve India’s Krishna consciousness. The Braj project was funded through a gift from Mr. Michael Palin. We continue to work toward other donor-funded projects. 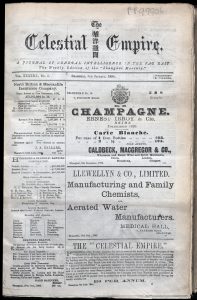 Our Digital Archivist is also very keen to promote our digitised newspapers as a fantastic new resource. For East Asia, these include The Oriental, an issue or two of a San Francisco Chinese newspaper dating from 1855, and The Celestial Empire, which was the weekly edition of Shanghai’s best known English language newspapers, including the Evening Gazette, the Shanghai Courier and China Gazette, and the Mercury, addressed to the international community in China from 1874 through 1929, and documenting a momentous period in Chinese history in the aftermath of the Boxer Rebellion. SOAS is one of the few institutions to hold the Celestial Empire in physical form and our  holdings are among the most complete. We have also begun to digitise publications of the Chinese Imperial Customs Service including the Service List. There’s more to digitise and we are on the lookout for funders! These prototype collections add depth to one of the richest area studies collections at SOAS – China.

Kurdish newspapers also feature in our recently digitised resources. Unique to SOAS and dating from the Anglo-French division of Iraq and Syria, when the British promised Kurdish independence, these newspapers in Kurdish and Arabic tell the story of yearning toward nationhood. 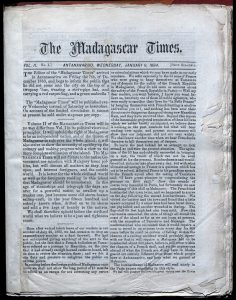 Madagascar newspapers currently include the Madagascar Times, 1882-1889, which document the ruling dynasty of Malagasy queens literally leading charges against the invading French.

Newspapers from Guyana and Barbados, located in the London Missionary Society archive, include copies of The Barbadian from 1823 and 1824, and newspapers from Guyana from the same period, which report on the Demerara Rebellion of 1823  – an uprising involving more than ten thousand enslaved people in the Crown colony of Demerara-Essequibo (now part of Guyana). The voices of the enslaved, heard only stilted in testimony, are hidden behind the white voices … but that too is a story to tell.

So, work continues while lockdown continues … and also beyond, so please explore these new resources, and if you have questions or suggestions, please let us know by emailing special.collections@soas.ac.uk

We look forward to sharing more with you!