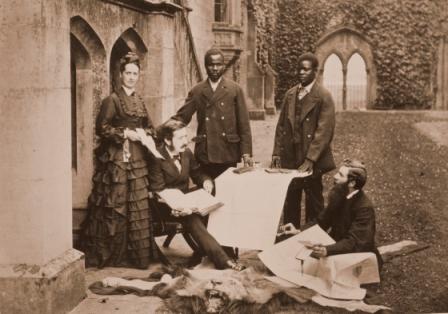 As the British Navy began to crack down on the East Coast slave trade, they were faced with the question of what to do with the hundreds of young enslaved Africans who had been liberated. There was no means of easily repatriating them, so instead they were taken to the West coast of India. Here, Christian missionary institutions were specifically established to provide support, offering tuition in English, Hindi and some technical skills to improve employment prospects.

It was Sir Bartle Frere, Governor of the Bombay Presidency and President of the Royal Geographical Society 1873-74, who proposed that British explorers should recruit staff for African expeditions from institutions such as the Church Missionary Society asylum at Nasik in the Bombay Presidency. Many hundreds of ‘Bombay Africans’, as they became known, returned to Africa to participate in these expeditions, either independently or with the aid of the missionary societies.

In 1860 the Nasik asylum received 200 enslaved Africans who had been liberated by HMS Thetis off Somalia. Among this group were Chengwimbe (Mathew Wellington) and Jacob Wainwright, who were both to join David Livingstone on his final expedition. The ‘Thetis Group’ later migrated to East Africa where they settled at missions in Frere Town and Rabai. 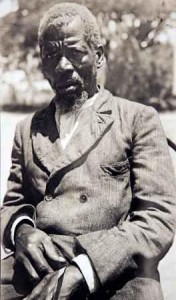 Chengwimbe (1847-1935) was a pioneer in the establishment of the Frere Town community for liberated Africans, and was the last surviving of the Bombay Africans to have a ‘link’ with Livingstone. A Yao from Northern Mozambique, Chengwimbe was enslaved as a child. Upon liberation he was taken to the Nasik asylum in Bombay, wherein he was baptized Mathew Wellington. In 1872, he joined Stanley’s expedition searching for Livingstone. He was part of the group, which took the decision to bring Livingstone’s body back to the coast following his death in May 1873 at Chitambo’s village in Ilala, Zambia. Wellington later joined the Church Missionary Society mission at Frere Town in Kenya.

The Royal Geographical Society has produced a number of interesting resources around the personal histories of the ‘Bombay Africans’.