In celebration of Women’s History Month and UNESCO World Poetry Day, we are taking a look at the life of Alice Werner, writer, poet and teacher of the Bantu language.

Born in Trieste on 26 June 1859 and educated in Germany and England, Alice traveled extensively, living in New Zealand, Mexico, America and throughout Europe

She is notable for her many achievements. Not only was she was one of the first women to graduate from Newnham College, and one of the first teachers at the newly formed School of Oriental and African Studies in London, she also became a noted and prolific Africanist and linguist of African dialects.

Her interest in Africa grew after visiting Nyasaland in 1893 and Natal in 1894, and between 1911-1913 she toured East Africa, where she came into contact with Swahili and other languages of the region.

In 1917 she joined the School of Oriental Studies as one of the original members of staff, initially as Lecturer but later as Reader and eventually Professor of Swahili and Bantu languages. She received the degree of Director of Literature from the University of London in 1928. Following her retirement, she received the title of Emeritus Professor from the same University. In 1931 she was awarded the Silver medal of the African Society, of which she was Vice-President and was awarded a CBE.

She was a prolific writer and produced works on African philology and mythology in particular. Her published works include the following: 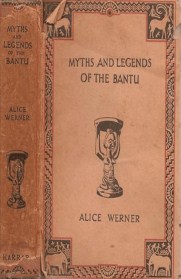