The Life and Afterlife of David Livingstone: Livingstone the missionary

The Life and Afterlife of David Livingstone: Livingstone the missionary

The Life and Afterlife of David Livingstone: exploring missionary archives is running at the Brunei Gallery, SOAS, until May 2014. This blog series highlights some of the fascinating stories and archives selected for the exhibition from the collections at SOAS Library. 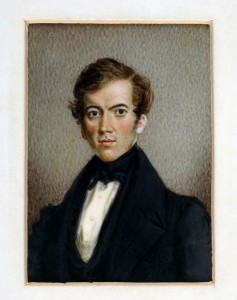 David Livingstone began his career in Africa as a missionary, spending sixteen years in the service of the London Missionary Society, 1840-1857. Stationed first at Kuruman and then at Mabotsa and Kolobeng, he went on to travel extensively in Southern and Central Africa. Livingstone returned to Britain in December 1856 to national acclaim, resigning his missionary post the following year as he made preparations for leading the government-backed Zambezi Expedition. However, Livingstone continued to see himself as a ‘missionary explorer’, famously claiming that “the end of the geographical feat is but the beginning of the missionary enterprise.” 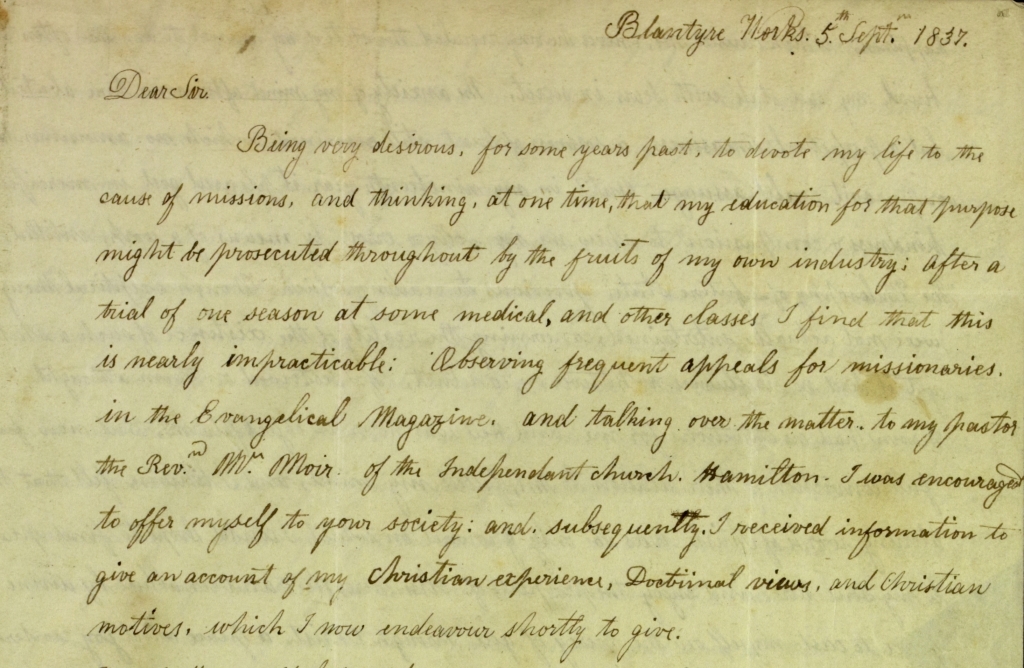 Livingstone’s original letter of application to the London Missionary Society, 1837, giving an account of his "Christian experience, Doctrinal views, and Christian motives" © Council for World Mission

The missionary archives held at SOAS include around 200 letters written by Livingstone to London Missionary Society officials, friends and his father-in-law, Robert Moffat, during the period of his missionary service. His letters reveal an abrasive, obsessive and driven man, often at odds with other Europeans and those in authority. They also show a fairly untypical missionary, not content to remain in one place but “to go anywhere provided it be forward.”

During this period Livingstone lived and worked closely with African peoples – chiefly as resident missionary to the baKwena under the leadership of their chief, Sechele – developing strong relationships with a number of key figures in the region. His letters are frank, conveying Livingstone’s frustration over the resistance to conversion, but also a pragmatic sense of his limitations as a missionary vis-à-vis the local people.

The letters also set out his arguments in favour of African ‘agency’ – the employment of local converts as teachers and evangelists by the mission – remarking on the “great efficiency of this class of labourers … of their warm affectionate manner of dealing with their fellow countrymen, of their capability to bring the truth itself before their minds entirely divested of that peculiar strangeness which cleaves to foreigners.” His contention was that once a local church had got going, it should become self-governing and support its own minister, and that missionaries should then move on to new regions. 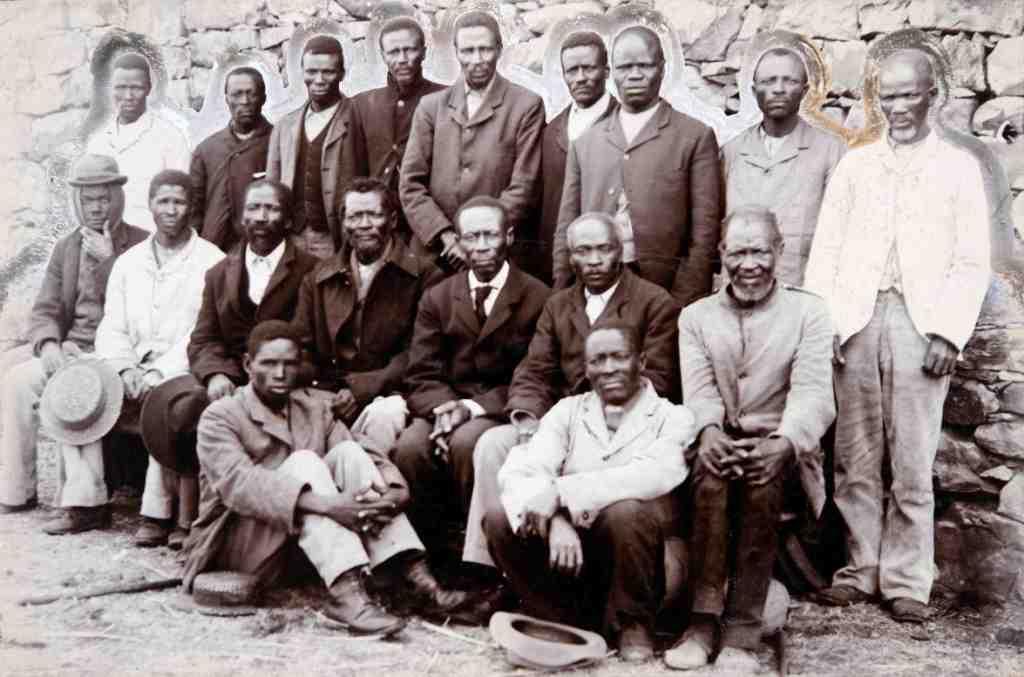 The ordination of Maphakela Lekalake, of Molepole, at Kuruman on 23rd October 1911 – the first indigenous Christian from Bechuanaland (Botswana) to be ordained by the London Missionary Society © Council for World Mission

Livingstone was a voluminous correspondent, and several hundreds of his letters survive in institutions around the UK and in Africa. The Livingstone Online project has mapped many of those letters held in the UK.