The Life and Afterlife of David Livingstone: Sechele

The Life and Afterlife of David Livingstone: Sechele

The Life and Afterlife of David Livingstone: exploring missionary archives is running at the Brunei Gallery, SOAS, until May 2014. This blog series highlights some of the fascinating stories and archives selected for the exhibition from the collections at SOAS Library. 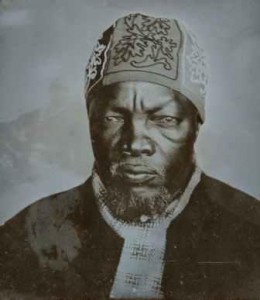 Sechele I was Kgosi, or chief of the baKwena, in modern-day Botswana, from 1831 until his death in 1892. Sechele is seen as a visionary leader, warrior and modernizer who laid the foundations of the nation of Botswana. He was also a Christian convert who played a key role in establishing Christianity in the region.

Sechele first encountered David Livingstone in 1843, when one of his children needed medical treatment. He and his people later accompanied Livingstone to the Kolobeng River, where a mission station was established in 1847. Livingstone and his family remained with the baKwena for several years and helped to build a church and school.

Livingstone’s letters document his relationship with Sechele, his ‘only convert’, and give us an insight into the personal dynamics that were at play. Thus we can get a sense of the two men’s discussions on the Bible and the meaning of Christianity, “We had much private conversation together, in the course of which he told me all his objections to the gospel we preach. Several of his questions were striking.” (1843).

“Sechele and his brothers are our best scholars. The former has read the Testament and Selection [Scriptural lessons] through twice, and never allows me, in my frequent visits to the town, to retire without requesting me to read & explain a chapter or two with him” (1847)

Sechele experienced the inherent conflicts between European Christianity and local tradition, branded as ‘superstitious’ by the missionaries. Before he could be baptized Sechele was obliged to give up his role as the local rainmaker, a deeply unpopular decision at a time of severe drought. He was also in conflict with Livingstone over his marriage to five women.

On the occasion of Sechele’s baptism in 1848, Livingstone records the reactions of the people: “On the morning after it was known that Sechele had renounced his wives on account of the gospel, a general consternation seemed to have seized both young & old. The town was as quiet as if it had been a Sunday. Not a single woman was seen going into her garden. Pichos [assemblies] were held during the night in order to intimidate him and make him renounce his purpose. But after having been tried in various ways for two months, we proceeded to administer the ordinance of baptism. Many of the spectators were in tears, but these were in general tears of sorrow for the loss of their rainmaker, or of grief at seeing some of the ties of relationship to him completely broken.” 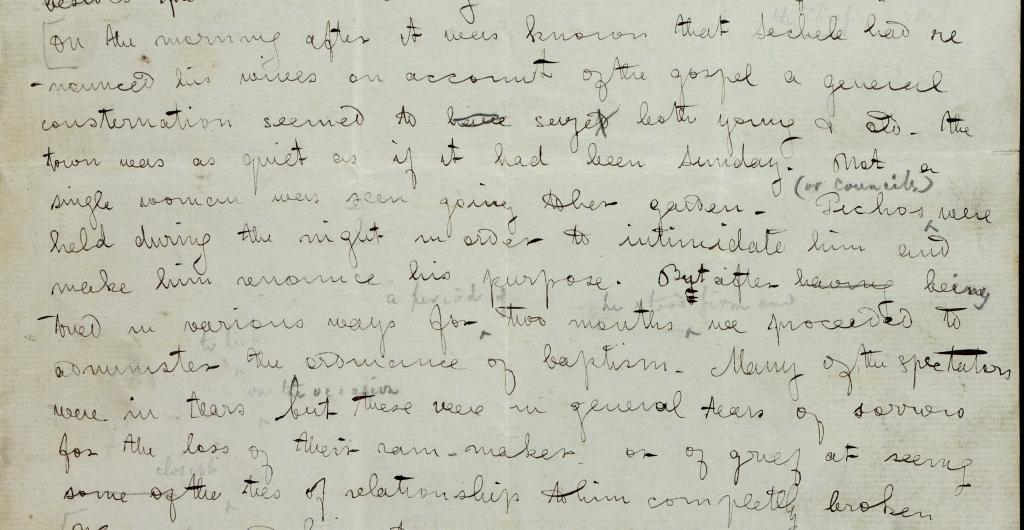 Sechele’s final contact with Livingstone was in 1852. He maintained his faith and became a pioneer in adapting Christianity to African life, converting the baKwena and travelling extensively to evangelise other African peoples in the region. When the missionary Robert Moffat arrived to work with the Ndebele in what is now Zimbabwe in 1859, he discovered that Sechele had preceded him and that the people were already holding Christian prayers.