Guest blog by Anna Sowa. Anna is a documentary film producer and PhD by practice candidate at the London Film School/ University of Exeter. She launched Chouette Films as a green film production company on a mission to produce films for social change with the smallest possible environmental footprint. Based at SOAS, University of London, Chouette Films fuses the worlds of academia and creativity. By harnessing the powerful and expressive language of film, Chouette Films draws stories from the world of academia and extends the reach of their impact to wider audiences. Chouette Films is commended by the Arts and Humanities Research Council (Best Film by Research award 2015) and the Al Jazeera International Documentary Film Festival amongst many others. Chouette Films also produced this video about the LIDC-MLT. 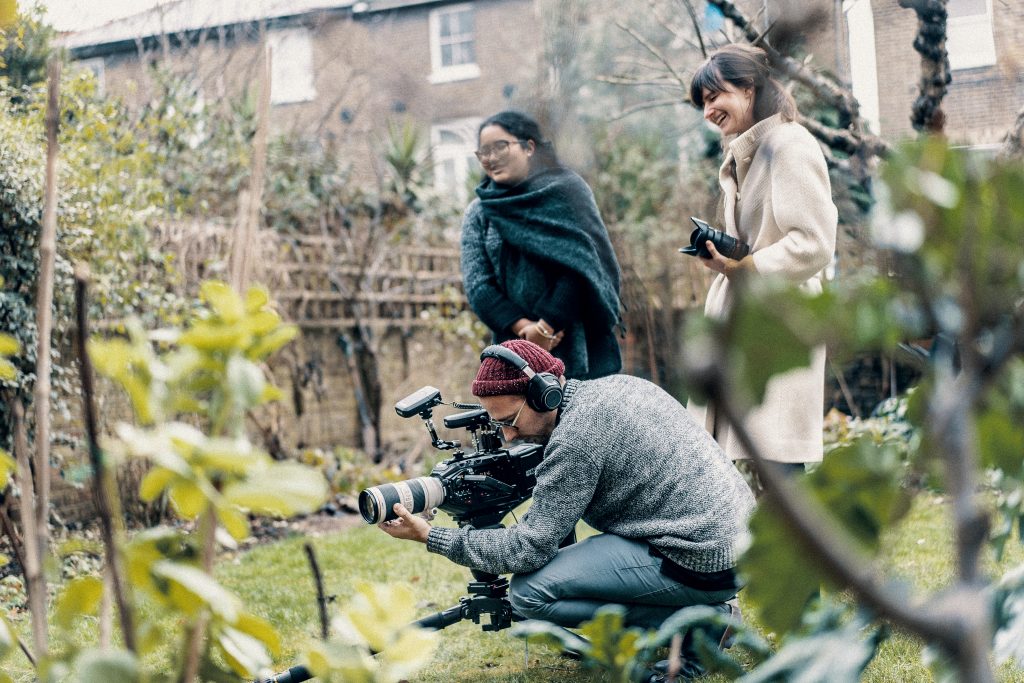 Pressures that have been building up in the background over the rapid expansion of UK higher education, are closing in on the academic sector from all angles. As tuition fees and student intake rocketed over the past decade, so has the demand to look upon UK further education as a business. Today, a UK undergraduate will build up an average of over £50,000 debt over a 3-year degree and it is estimated only 30% of full-time students in England will repay these loans (Financial Times). With unpaid debt and expenses spiralling off the scale, changes are going to have to be made.

In SOAS, as a small and specialised academic centre, the squeeze of financial restrictions, escalating costs and ever-growing debt is especially palpable, but the drive to find solutions is strong. With undergraduate intake down 40% and a £7m operating deficit, SOAS is determined to reach out a hand to those who have been pushed away from the degrees that they want to study. Shaken by uncertainty around the impact that Brexit will have on universities, the future looks rough. If we are headed towards institutions closing, offers being restricted and international students being turned away, the pressure is high for us to pull together and look for alternative ways of giving as many people as possible pathways to the education that is right for them.

In this climate of an impending Brexit, fuelling hostility and negative narratives around migration, international students are under threat. Despite its challenging and critical position, SOAS is making a move to facilitate opportunities for those whose doorways to education are being closed. The SOAS Sanctuary Scholarship is open to refugees and asylum seekers. It helps displaced people who want to go to university by covering tuition fees and living costs. More than a business within the academic industry, SOAS is working together as an academic community to strive for the accessibility of further education.

Making a film with SOAS on the Sanctuary Scholarship, Chouette Films got the chance to meet Michelle and have an insight into the change that the scholarship has made for her. Although Michelle has been living in the UK for more than 10 years, she found out that she could not access student finance, blocking her from following her aspiration to study Law. Meanwhile Carolyn, a SOAS alumna whose father had been a refugee, volunteered to host a displaced person through the SOAS Sanctuary Scholarship. Unable to offer money to support the campaign, she chose to offer her spare room. Through the scholarship Michelle received the support she needed to study law whilst living with Carolyn.

It is true that academia is tied up in the competitive tensions of finance and politics, but further education is still first and foremost a space for opportunity, communication and aspiration: a space for accessing our potential. Seeing Michelle and Carolyn brought together by the Sanctuary Scholarship, shows us the importance of meeting people from all different walks of life and sharing the same right to education. Carolyn’s words capture the invaluable role that SOAS, and academia more widely, plays in providing ‘a wonderful place, where we can meet people who are different from us and find out that actually in many ways they’re just the same.’

Stories like Michelle and Carolyn’s remind us that academia is all about people, not just money, and that education is for everyone. Getting a glimpse into the difference that this opportunity has made for Michelle, shows us hope – perhaps schemes like the Sanctuary Scholarship offer a pathway through the financial struggles of the academic industry. At a time of political uncertainty, huge debt and tight funding, perhaps we must turn to community and generosity to support those cut off from pursuing their dreams. Money may put up hurdles, but people and community are the true heart that can drive education.