Guest blog by Dr Hamza Safouane. Dr Hamza Safouane obtained a PhD in Planning, Governance and Globalization from Virginia Tech in 2018. His dissertation was on forced migrants’ journey narratives and was based on semi-structured interviews with refugees and asylum seekers from Syria, Iraq and Afghanistan as well as field observations in several reception centers in Hamburg, Germany. He is currently a postdoctoral research fellow at the Helmut Schmidt University in Hamburg, where he teaches and continues his research in (forced) migration studies and critical border studies in the Euro-Mediterranean space. Safouane graduated from the Maxwell School of Citizenship and Public Affairs at Syracuse University with a dual Master’s Degree in Economics and in International Relations. 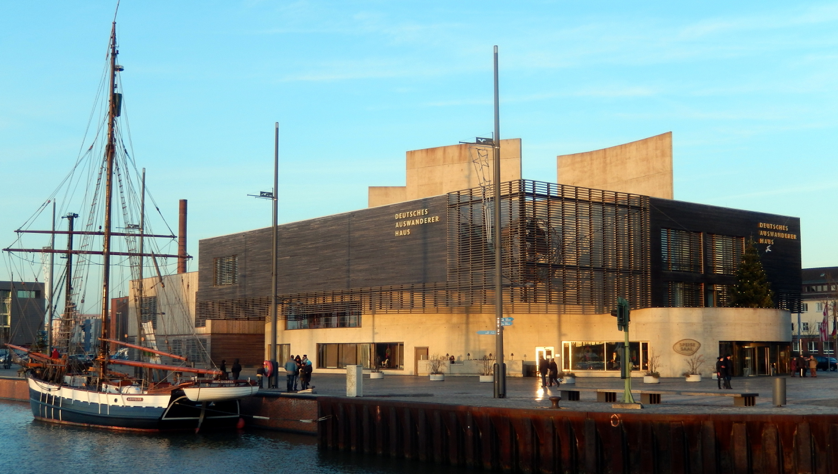 When I tell friends and relatives that my research deals with migrants’ journey narratives, I am routinely commended for what could be seen as judicious academic opportunism. Migration is considered to be a ‘trendy’ topic into which I was well inspired to delve. The idea is of course ludicrous. Yet, the (mis)understanding of migration as an en vogue subject of study remains a rather benign offshoot of the much more detrimental characterisation of immigrants as an unprecedented and exceptional phenomenon.

Narratives within governments as well as among the media of an army, an invasion or swarm exacerbate the pervading ‘migration crisis’ discourse. But migration is not a crisis and contemporary migratory movements are not exceptional; there have always been people on the move, leaving their homes in the hope of more favourable living conditions elsewhere, or fleeing war, persecution and poverty, or following families and loved ones, or even going away out of a desire for adventure and novelty.

Behind each migration process is a personal story that is worthy of exploration. Unfortunately, any understanding of migration that is grounded in people’s realities and concrete struggles is obstructed by the inward-looking and transcendental grammar of migration management.

Migration as a timeless phenomenon

I found none of these trite discourses during a recent visit of the Deutsches Auswandererhaus (the German Emigration Centre) at the German port city of Bremerhaven. Although the Centre painstakingly documents around 300 years of migration from, through and to Germany, it cogently demonstrates that migration is timeless. It is actually no accident that the Centre does not have ‘museum’ in its name. It is not archiving a phenomenon that is forever past, but seeks to enrich the ongoing writing of migration from the perspective of those who undertake it.

The centre overlooks Bremerhaven’s historic port, from where more than 7 million emigrants embarked on boats to the Americas between 1830 and the 1970s. In this period, Bremerhaven was, with Hamburg, one of the most important emigration ports of Europe.

It is well established that discourses and meanings are also encoded in constructions. The edifice consists of two connected modern concrete structures elegantly wrapped in long vertical and horizontal wooden slats. The centre’s architecture thus reveals no hint of its historicity. Instead, it loudly proclaims that the migratory journeys, from 18th century emigrations to 1950s immigrations, have immutable features in common. These include the anxiety of leaving one’s home, the hardships and uncertainties of the voyage, the setbacks in the destination country and the difficulty of resuming normal life.

Storytelling across space and time

The tales of migratory journeys from Germany to the American continent and then into Germany from the rest of the world do not only have a historical significance. They also have a political function. They serve as reminders to the visitors that migrants are not travellers. They are, to paraphrase German sociologist Georg Simmel, ‘guests who stay’.

Migrants are political subjects who cannot be reduced to objects of migration and asylum policies or of humanitarian intervention.

One of the main arguments that the Centre seems to make through its layout, stories and objects, is that the history from above of the great transatlantic migration waves and of their management by nation-states can be considerably enriched by stories from the bottom-up. In this regard, the Centre favours an immanent perspective on migration, from the level of migrant communities who carried their lives and aspirations through the hardships and violence of the migratory journey. This contrasts with the inward-looking perspective of states.

Paying heed to a subjective outlook of migrant experiences not only expands the discursive terrain from which meaning and knowledge on migration can be produced, but it can also be a remedy against harmful practices derived from restrictive immigration policies and anti-immigrant nativist sentiment.

When we delve into the richness of the migratory experience, there comes a time when the question ‘what drives migration?’ unavoidably leads to the question ‘what is it like to be a migrant?’ It is with this commitment to providing a rich and concrete understanding of migration experiences that the Centre makes available to the public a sizeable archive of testimonies: records of letters, official documents and admission registers, as well as personal pictures and objects. Indeed, the Centre grounds substantial statistical data and historical accounts of the political, economic, and geopolitical contexts of migration in migrants’ subjective experiences.

When they purchase their tickets, visitors are given a booklet about one of these migrants in order to follow his or her journey from the loading dock in Bremerhaven to their landing on Ellis Island. I followed the journey of Nikolaus Dumont, born in 1854 in the then Prussian province of Saarland. In 1873, Nikolaus decided to migrate to the United States in order to avoid the mandatory military service and settled in Iowa to become a farmer. 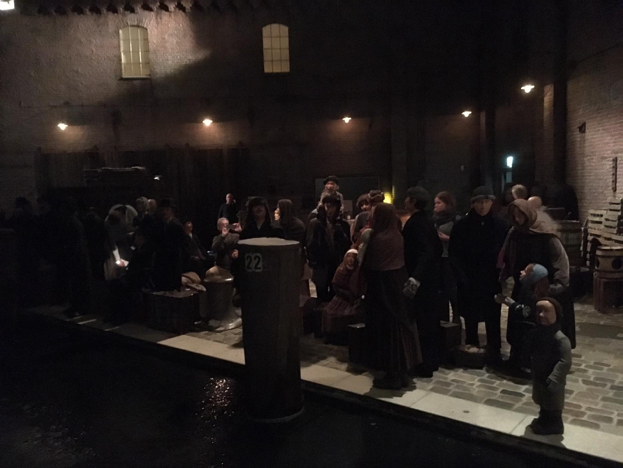 After passing Ellis Island, visitors return the booklet to receive another one, this time of one of the immigrants who have travelled to Germany from the 1950s to the present day. For instance, one can follow the journey of Suleyman Teymoory who fled Afghanistan with his family. It took them months to travel over Iran and Turkey and reach the European Union through Greece. While attempting to cross the Mediterranean Sea, their dingy sank and drifted for hours before Greek coastguards rescued them. They arrived in Munich in 2014, then were sent to a reception centre in Bremen and ended up in Bremerhaven in January 2015 where they live today.

Throughout the two to three hours required to cover most of the exhibition (children will also be captivated by migrants’ tales and representations, as were my five-year-old daughters), visitors are taken through the re-imagining of the journey across the Atlantic by walking through a series of installations encompassing the entirety of the itinerary.

The ‘route’ starts on a crowded and somewhat eerie boarding dock (it could be night or perhaps dusk) on which stand mannequins of migrants dressed in garments from different periods between the 19th and early 20th century. Visitors then board the ship through a gateway and start the ‘crossing’ of the Atlantic. The boat actually consists of a several sections inside the Centre, each representing a specific aspect of the transatlantic crossing: cabins from different classes, the holds, the canteen and so on.

Inside the boat, visitors can also follow the evolution of traveling conditions through the century. When the boat ‘arrives’ in the United States (the centre does not represent arrivals in other parts of the American continent such as Argentina or Brazil), visitors walk across a long corridor that takes them to Ellis Island, where migrants had their papers processed.

In its staging of the great transatlantic migrations, the Centre carries out a re-presentation of migrants’ subjective outlook on their journeys, almost in the artistic sense of a Darstellung as the theorist  Gayatri Spivak explained it. Where the English language uses the word ‘representation’ quite equivocally to either mean the act of making something visible and present (such as an artistic performance) or the act of substituting a person or an object (such as a legislative body for citizens), German makes the difference between a Darstellung – as an image of something – and Vertretung – as the proxy for something.

The protagonists of these journeys are evidently absent from the exhibition at the Emigration Centre, but their experiences are treated as direct objects of knowledge, almost unmediated by distant expertise, abstract concepts and impersonal data. The Centre is not a proxy that speaks for them, it instead speaks directly about them. Of course, the creative Darstellung of these journeys is a reconstruction from migrants’ own constructions of their experiences, but it is one that brings us in touch with migrants’ voices, aspirations, struggles and lives.

There is perhaps one critique that I could make here. The Centre could have also addressed the often overlooked migrations in other parts of the world. Migrations in the 19th century should not be limited to the massive transatlantic movements of Europeans. Even larger migrations took place at the same time within Asia, therefore confirming that the phenomenon was truly global. The work of historian Adam McKeown irrevocably demonstrated the importance by all measures of contemporaneous Asian migrations.

I hope that the Centre can broaden its excellent work to the reconstruction from a similarly immanent perspective of other significant migratory episodes. This will certainly further drive the understanding of the timelessness of migration and its embeddedness in the history of humanity.