SOAS Archives are rich in the life-stories of individual women. To mark International Women’s Day 2018, we take a look at the life and work of Lilias Trotter (1853-1928), a talented artist who became a missionary in North Africa. Papers relating to Lilias Trotter can be found with the papers of the Algiers Mission Band – a new collection for SOAS Library, deposited in 2017 by Arab World Ministries.

Lilias Trotter is known today as the founder of the Algiers Mission Band, and as a painter and writer of devotional books. She was born on July 14th 1853, in London, to a Christian family. Lilias’s faith deepened and took on new seriousness in her early twenties when she came under the influence of the ‘Higher Life’ movement (also known as the Keswick movement). At this time she began Christian ministry among disadvantaged women in London. 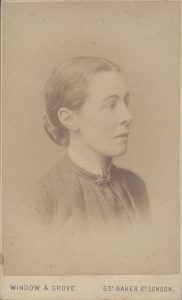 Lilias was a nearly self-taught artist. Believing her daughter’s talent to be exceptional, in 1876 her mother sent some of Lilias’ drawings to art critic and social philosopher John Ruskin, while all three were staying in Venice. Ruskin praised Trotter’s artistic skill, and she became an informal student and a good friend despite the disparity in their ages. Ruskin told Trotter that if she would devote herself to her art “she would be the greatest living painter and do things that would be Immortal.” However, it soon became apparent that Lilias could not give herself both to her Christian ministry and to the demands of Ruskin and art. It was in May 1887, at a mission meeting, that Lilias first felt a personal calling to serve as a missionary in North Africa. She applied to the North Africa Mission (NAM), but was turned down as medically unfit for strenuous work in a hot climate. Undeterred, she asked permission of the NAM to go independently, and set off the following year, at the age of 35 for Algiers, with two female colleagues.

In due course the trio set up home in the Casbah, began to learn Arabic and ministered as best they could until their language ability improved. The Algiers Mission Band (AMB) was formally constituted in 1907, and its headquarters moved to Dar Naama (the ‘House of Grace’), an old Turkish palace above the city in the area known as El Biar. From this base, the AMB, under Lilias’ leadership, set up mission stations along the coast and eventually inland, ministering to women and children, and as men joined the Band, to boys and men. At the time of her death in 1928 there were 13 such mission homes staffed by over 30 missionaries. 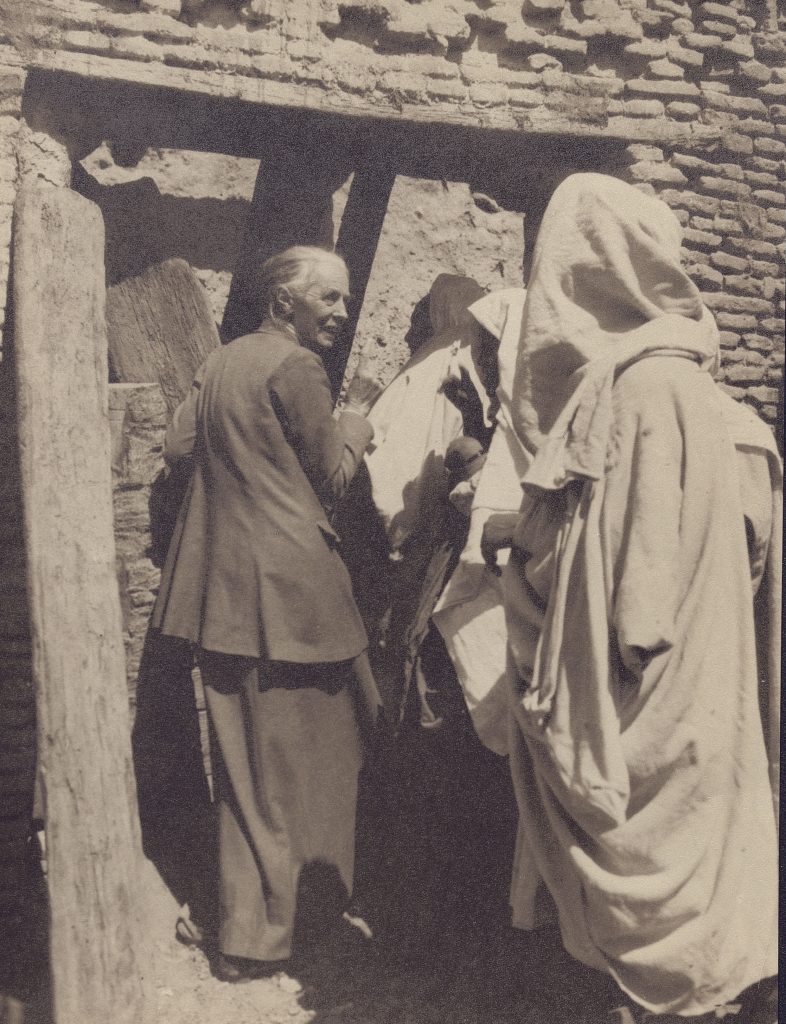 Lilias’s love of art remained and during her 40 years in Algiers, she produced a stream of beautifully illustrated literature: initially these took the form of journals for supporters at home, and tracts for distribution in Algeria. She wrote two illustrated devotional books in English: Parables of the Cross and Parables of the Christ-Life, an exposition of the ‘I am’ sayings in John’s Gospels for the Sufi Brotherhoods of southern Algeria called The Way of the Sevenfold Secret, and an illustrated travel book to introduce readers to the country, called Between the Desert and the Sea.

Throughout her time in Algeria Lilias also kept a diary, in the early years illustrated with miniature watercolours of scenes and people she had seen.  These, together with the early journals and letters home form the core of the archive of the Algiers Mission Band – a collection made truly unique by the art of Lilias Trotter. 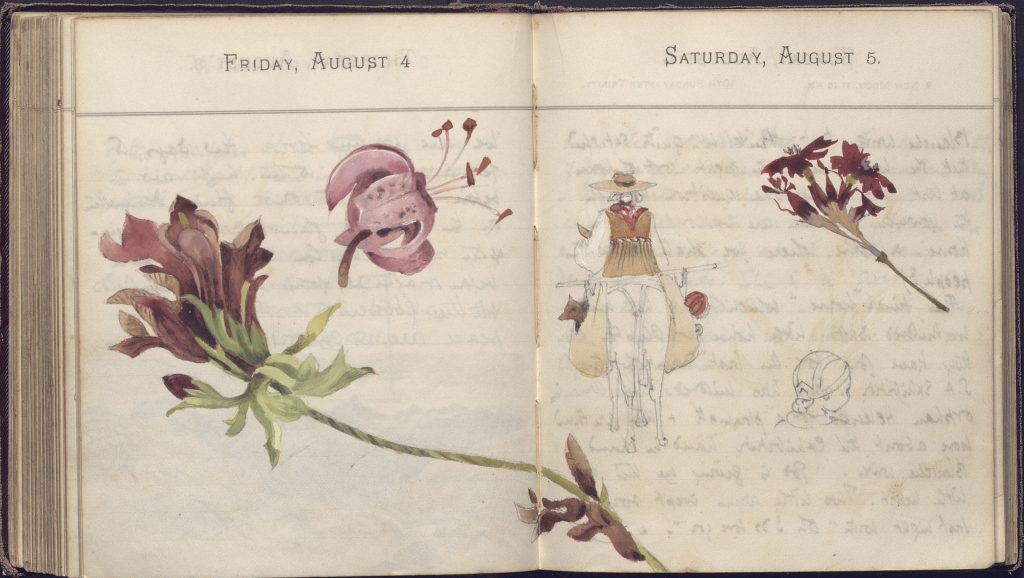 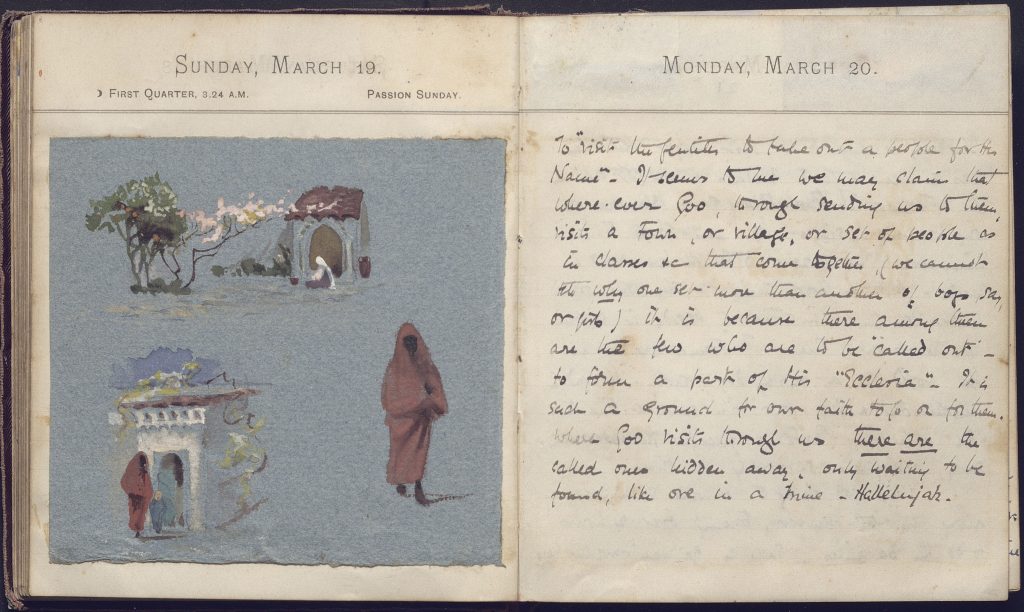 Papers of the Algiers Mission Band and Lilias Trotter can be seen in the Special Collections Reading Room. For enquiries about the collection and using the materials pleas contact Archives staff.