As SOAS marks Black History Month we will be highlighting a number of historical collections held by SOAS Archives, and which reveal the long-standing Black presence in the UK, as well as the contributions and achievements of Black peoples in local, national and international arenas. This week we look at the papers of Dr Robert Wellesley Cole, surgeon, author and advocate for the rights of African peoples in the UK, West Africa, and across the Global African Diaspora. 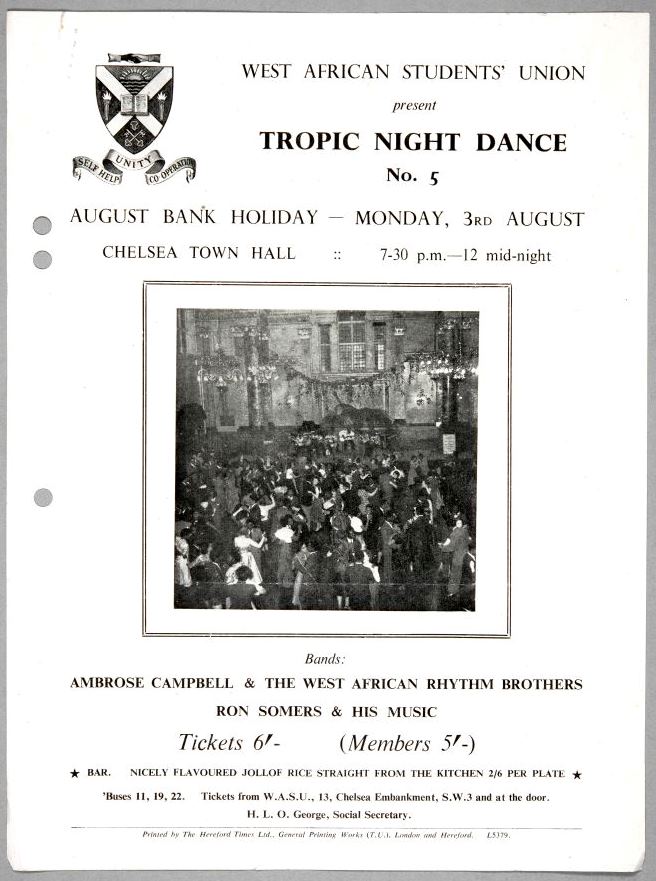 Robert Benjamin Ageh Wellesley Cole (1907-1995) was born in Freetown, Sierra Leone, on 11 March 1907. He was educated at the Government Model School in Freetown, and then the Sierra Leone Grammar School. He obtained degrees in Mathematics and Classics from Fourah Bay College, and Philosophy, awarded by London University. He came to England in 1928 to study Medicine, with subsequent specialisation in Surgery, at Newcastle-upon-Tyne Medical School. He established his own General Practice in Newcastle in 1934. In 1943 he obtained a Doctorate in Medicine and was elected a fellow of the Royal Society of Medicine. In 1944 he passed the Master of Surgery examination, and in November of that year became the first African and first Black person to be elected a Fellow of the Royal College of Surgeons of England. In 1945 he toured the four British Colonial territories in West Africa (Gambia, Sierra Leone, Gold Coast, Nigeria) as a Member of the Colonial Office Advisory Committee for the Welfare of Colonial Peoples. During this time he played a key role in helping to raise the standards of higher education in West Africa, in particular saving Fourah Bay College, which became the nucleus of Sierra Leone University. In 1950 he moved his General Practice to Nottingham, practising there until he joined the Nigerian Civil Service as a Consultant Surgeon in 1962. In 1964 he proceeded to Sierra Leone to work as Consultant Surgeon to the Sierra Leone Government. He returned to England in 1974. In 1962, Dr. Wellesley Cole lost his British nationality status, which was not restored to him until 1981. 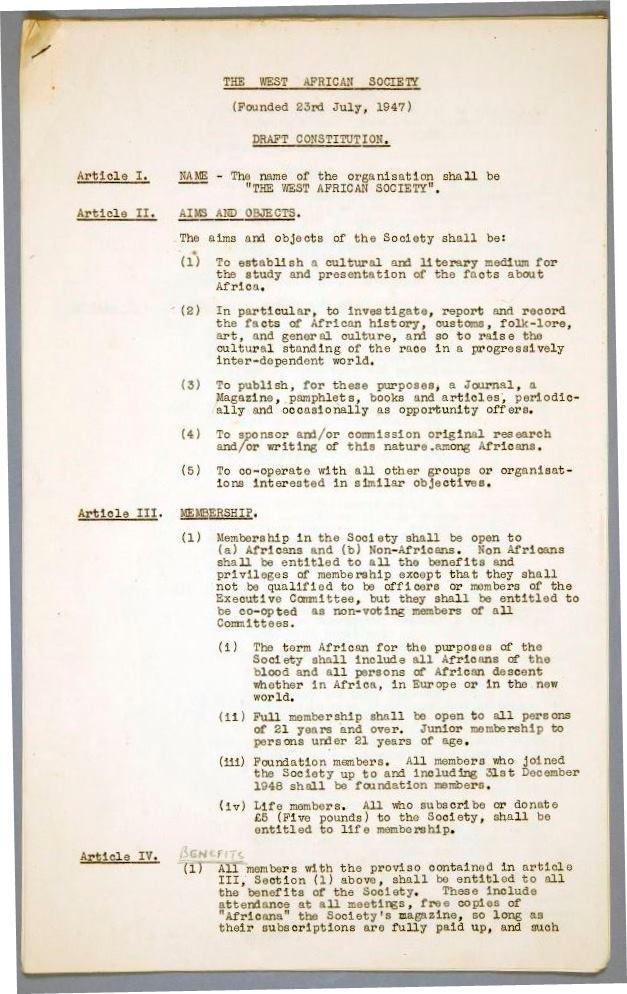 The papers of Robert Wellesley-Cole, donated to SOAS by Dr Wellesley Cole in 1989 and 1991, shed light on the life of an eminent African in Britain during the period 1928-1975. Apart from personal correspondence with family and friends, which provide biographical detail, Dr Cole was involved in running a number of organisations and his papers contain documents relating to their internal affairs. The West African Students’ Union, 1940-1950s; the Anglican Church in Sierra Leone, 1962-1974; and the Sierra Leonean Medical Service, 1962-1974, are all covered in detail. Papers on Dr Cole’s involvement with the Fabian Colonial Bureau, the Colonial Economic and Development Council and the Colonial Office advisory committees provide an interesting insight into their attitudes, as seen critically by an African member. Manuscript versions of the unpublished work Black Paradise give Cole’s personal account of the four British West African colonies, which he toured in 1945. At the time, this work was turned down by several publishers as being too ‘West African’ to appeal to a UK public. The text is thus a unique historical document, providing eyewitness impressions and opinions of the region as set down at the time. An introduction to the papers written by Dr Wellesley Cole is included in the original catalogue.

Papers of Dr Wellesley Cole are available for consultation in the Special Collections Reading Room. Enquiries should be addressed to docenquiry@soas.ac.uk in the first instance.

Call for guest bloggers: While we can highlight collections of interest, we would love to hear from people who have direct experience of using the archives for their own research and who might be willing to contribute a guest blog on their findings. This will really help to bring the collections alive.