A high-profile history resolution approved by the Central Committee of the Chinese Communist Party  (“Resolution”) in November 2021 has drawn abundant attention and analysis. The Resolution summarizes the major achievements and experiences from the CCP’s 100-year-history since its founding in 1921, as well as providing directions on where the CCP and China will go in the future. It came as the third one of its type, with the first made in 1945 and second in 1981, a fact itself demonstrating the document’s significance. It also assesses the five paramount leaders the People’s Republic of China (PRC) has had so far: Mao Zedong, Deng Xiaoping, Jiang Zemin, Hu Jintao, and Xi Jinping. Observers have concluded that the Resolution formally cements Xi’s status to be on an equal footing with Mao and Deng.

This article argues that Xi Jinping is equal to Mao Zedong but above Deng Xiaoping in the Resolution, a conclusion drawn via interpreting both the Resolution and the explanation Xi delivered in explaining why and how the Resolution was made (“Explanation”).

First, the structure of the Resolution. The Resolution divides the 100-year-history of the CCP into four phases chronologically. The first and second phases are about Mao leading China to accomplish its independence and the transition into a socialist country. The third phase is about reform and opening-up (“ROU”) and the construction of socialist modernization, covering three leaders–Deng Xiaoping, Jiang Zemin, and Hu Jintao. The fourth and current one, the New Era of China starting from 2012 when Xi Jinping came into power, only belongs to Xi. Roughly two-thirds of the Resolution is devoted to Xi’s regime. In comparison, Deng only has a few lines and shares the same phase with Jiang and Hu.

The Explanation actually explains why Deng only deserves a few lines. According to it, both pre-2012 (1981-2021) and post-2012 phases had been summarized by Xi Jinping or other leaders on certain conventions. Therefore, the former one now only deserves an overview in the Resolution but interestingly, the latter further elaboration, because “doing so would be beneficial to guide the whole Party to strengthen confidence and focus on the things we are doing.” The connotation of this sentence will be analyzed later

Second, the language adopted on the relationship between Deng and the transformative Third Plenary Session of CCP’s 11th Central Committee (“Third Session”) where the decision of ROU was made in 1978, and the historical significance of Deng’s era in the Resolution. It is under Deng’s leadership and other comrades’ support that the Third Session was held, a fact acknowledged and stated by Xi even three years ago. However, if we look at the second paragraph of Section Three of the Resolution, it is the CCP as a whole convening the Third Session and making decisions. The entrenched link between Deng and the Third Session is subtly altered.

Regarding the historical significance of Deng’s era, because Deng is the general architect of the ROU which is deemed as the fundamental reason for groundbreaking changes in China, Deng is the leader the CCP used to associate with “groundbreaking” changes. Now in the Resolution, it is in Xi’s New Era where historic transformation has taken place to the causes of the nation and the Party, and the groundbreaking changes during the rule of Deng, Jiang, and Hu are depicted as more of an economic breakthrough by the Resolution (paras. 8 and 14 of Section Three). In addition, Xi Jinping also has fixed the hardships that Deng Xiaoping left behind.

The last but most conspicuous proof is that only Mao and Xi are addressed with the title of “core” of the CCP Central Committee in the Resolution. However, both Deng and Jiang have gained this title before but lose it in this highly significant document. In fact, the Resolution accords Xi a dual-core status: the core of the CCP Central Committee and the Core of the whole CCP, which together with Xi’s Thought on Socialism with Chinese Characteristics for a New era  are perceived as the most important political achievements after 2012 and the most important takeaway from the Resolution. (In addition, Mao is actually only referred to as the core of the CCP Central Committee.) The narrative that only Xi and Mao shall be addressed with the title “core” has already begun to develop as evidenced by an article written by a retired ideological advisor to Xi Jinping.

The above three points have demonstrated that Xi Jinping’s status is heightened to be on an equal footing with Mao Zedong while Deng Xiaoping’s stature has been downgraded. But what does this mean, what are the consequences of elevating Xi’s status? First, this will lead to revised orthodox recounts of relevant historical events. On the Third Session, for example, future Chinese history books will probably follow the Resolution, diluting Deng’s role in this meeting and making it more like a collective achievement.

Second, such a status would give Xi more leeway to break away from Deng’s legacies and allow Xi  to reign as he desires. Downplaying Deng is not equivalent to directly denying the importance of Deng or the ROU. The Resolution still acknowledges Deng’s contribution and the ROU’s significance. Xi will continue the ROU, but he will have his own formula. Because it is a new era now with different tasks, past successful experiences (in Deng’s era) may be inapplicable and undesirable because those would distract people from “focusing on the things we are doing.” The already abandoned experiences are, for example, the distinction between the Party and the government, presidential term limits, collective decision-making procedures, and “hiding and biding” foreign policy. If Xi is only equal to Deng, he cannot dispose of Deng’s legacies at his discretion. 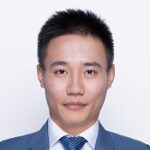 Dongyu Sun is a visiting scholar at Max Planck Institute for Comparative Public Law and International Law, sponsored by the Humboldt Foundation’s German Chancellor Fellowship Program. His current project focuses on international and constitutional law issues arising from key legal instruments regarding Hong Kong and “One Country, Two Systems.” He had worked as Environmental Mission Scholar at Duke Kunshan University and research fellow on China’s judicial system and policy sponsored by New York University. Besides legal issues, his interests also lie in Chinese leadership politics and US-China relations. He holds a Juris Doctor from Peking University School of Transnational Law.

The author thanks Sitao LI for his comments.