'Narrating the China Threat' – a year on - SOAS China Institute

‘Narrating the China Threat’ – a year on

When my co-author Konstantinos Tsimonis and I wrote an article about how the European ‘China Threat’ narrative was constructed, it was one particular report (Authoritarian Advance by GPPi and MERICS) that caught our attention. At the time, we saw it as one of the most ardent attempts to persuade the European policy-making community that China and its agents – real or imagined – are an existential threat to European democracy.

The images invoked in that report reminded us of ‘red scares’ and ‘yellow perils’ that gripped US politics in the past, so it was interesting to see how a European ‘China Threat’ narrative would compare. What exactly would the ‘authoritarian other’ be construed as, what facet of the PRC found most offending? How, in other words, would China be construed as the enemy?

The answers to these questions got a lot easier when China’s fragile ego was hurt by EU sanctions over human rights abuses in Xinjiang. Leaving aside the question of why the EU didn’t blacklist Chen Quanguo, the party boss in Xinjiang, the return salvo from China was a significant escalation. By targeting not just politicians (a commensurate tit-for-tat), but also academics and think-tanks, the CCP is explicitly attacking critical opinion. The message is clear: anyone with a pulpit important enough to register on Beijing’s radar is now subject to silencing moves. Some might wear the ban as a badge of pride recognizing their efforts, like the “Band in China” episode of South Park. But the polarization that will mark Sino-European relations (and China studies!) is not as funny. For years already, European media and a handful of think tanks and parliamentarians have dabbled in sensationalist narratives of the ‘China Threat’ tale, mainly through a confirmation bias. This will now get even easier, as the din of Beijing’s anger drowns out all other noise.

Does this mean the hawks were right all along? Was engagement always a fantasy? Is China out to get the West?

I argue these are false assumptions to even start from. Unlike the US, Europe need not suffer an anxiety about the loss of global primacy to a challenger. That already happened in 1945. Neither does Europe need to always speak and act as one. Having many faces and many options open is not a strategic fail, despite concerns about the CCP ‘sowing division’ on the continent. As we point out in our article, such concerns are wildly overblown and, like a tiresome family member, always bring up the same incident from back in 2017, which had more to do with Greece and Hungary’s beef with Brussels (for different reasons, respectively). While many other instances of Chinese influence-buying were mentioned by the various reports we analyzed, we have methodically shown most are unsubstantiated. If all that China’s billions bought was that meagre level of support, then China’s billions are not a problem in this regard.

That does not mean the EU should not worry about challenges to its normative power. A power that stands for a slightly more humane version of the liberal capitalist order, especially in areas of environmental and labour standards, may not be the most inspiring banner to fight under, but it’s a starting point. This normative power is indeed in danger. It is shocking to see it crumble even on the EU’s doorstep, where the promise of accession was always at its strongest. Sadly, it’s not all China’s fault – that would be much simpler.

Chinese banks, logistics and construction giants have been very active in Southeast Europe, this is beyond doubt. But China is not scheming to create Trojan Horses to divide Europe (as if the EU needs any help with that). Greece under Syriza was not in thrall to COSCO (quite the opposite). As I still maintain, China’s actions are those of a self-serving mercantilist state that’s using its power to provide business for its lumbering SOEs, facilitated by local elites eager for ribbon-cutting opportunities and kickbacks. Balkan states don’t care where the money comes from, as long as they get to spend it on politically expedient projects. And as for the alternative, US companies such as Bechtel also prefer uncompetitive tenders sponsored by local governments with links to lucrative subcontractor gigs. Who would have thought?

The China-threat crowd might argue that it does not matter how we stop a Chinese coal project. Whether it’s over a human rights spat or on the demerit of the project itself, the result is still the same, right? Wrong. Chinese funding is not some exogenous influence that’s luring naive (peri-)Europeans onto the wrong path. It’s the EU’s own failings that are the original sin. As long as the EU prefers a ‘stable’ Balkans over a democratic one, it should not be surprising that local strongmen such as Aleksandar Vučić fraternize with Xi Jinping. As long as posted labour is exploited within the EU, we should not be surprised at the bubbles of deregulation in which Chinese and Indian workers are exploited on the EU’s doorstep. And as long as Fortress Europe claims thousands of lives every year, the hypocrisy of the EU chiding China is too obvious. Yes, the CCP should be sanctioned for its human rights abuses. A part of this will be taming the corporate greed that has made Europe soft on powerful authoritarian regimes, as GPPi’s Thorsten Benner likes to say. But an even bigger part will be getting our house in order. Pointing the finger at the authoritarian boogeyman makes us feel virtuous for a while, but it’s time to see democratic backsliding, corporate greed, surveillance, mass internment camps and barriers to human movement as global problems that go beyond the black box of any one state. 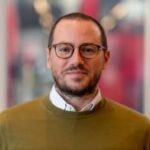 Dr Igor Rogelja is a Lecturer in Global Politics at UCL, working mostly on international infrastructure and Chinese politics. He was previously based at the Lau China Institute at King’s College London and completed his doctoral studies at SOAS in 2014.