Is De-Coupling from China an Act of Economic Self Harm? The Case of Semi-Conductors - SOAS China Institute

Home/Economics/Is De-Coupling from China an Act of Economic Self Harm? The Case of Semi-Conductors

Is De-Coupling from China an Act of Economic Self Harm? The Case of Semi-Conductors

De-globalisation and re-shoring – and their more ideologically charged cousin, de-coupling from China – come with important business, economic and social risks not only for the US, but also for China, and for the rest of the world.  The semi-conductor (chip) sector has become a point of focus linking the US and Taiwan as both competitive producers and consumers, friendly to each other, and China as having a resource monopoly in rare-earth metals and as another big consumer of chips and huge client for Taiwanese (among others) exports. In terms of supply chain outputs, these spheres do not only relate to consumer electronics and IT, but strategically important sectors like defence, telecoms and transport.

To put this into a long-term context, the world economy is about fourteen years into a globalisation trend reversal, which started in 2008 after more than half a century of global integration. Conflating de-globalisation (and indeed SARS-Cov-2) with the rising China threat narrative has gained traction among policy influencers seeking to end what they deem naïve debate around the  idea of a benign China rise.

The US’ de-coupling narrative supports policies aimed at cutting supply chain links with China, particularly where production chains have been linked with intellectual property, defence and/or security. Concurrent moves like Trump’s tariff regime have sought to stifle China’s drive towards what has been termed a mercantilist policy driven by competitive absolutism –seeking complete advantage, to the disadvantage of others, rather than being content with specialisation in areas of comparative advantage and sharing benefits, thus increasing global welfare. Policy levers have been aimed therefore at limiting Chinese market dominance, and calling out practices perceived as unfair.

Intervention in international markets has not been limited to the US, for example, India has changed its FDI policy to force an approval-route for countries sharing its border, and the UK cut ties with Huawei on telecoms infrastructure rollout, creating a gargantuan decommissioning and delay cost, therefore not a decision to have been made without serious consideration of risks, costs and benefits. At the same time, the UK’s values-led approach seems to want to keep the door firmly open on economic and trade ties, in spite of taking a more active and vocal line on Hong Kong and Xinjiang lately, with current tone laissez-faire around a formal free-trade agreement with Beijing.

The US’ responses have included:

– intervening in the supply chain for mobile phones and telecommunications equipment

The reasons for this positioning on China are derived from political, security and military perspectives, which perpetuate in outward spirals of information flow and influence particularly through (but not limited to) conservative-leaning think tanks, lobbying organisations, politicians and thought leaders. The critics of China find that:

– Chinese authorities have made business difficult for foreign companies

– China has been engaging in human rights abuses

– a softly-softly engagement approach to China has not worked

Rebuttals towards China’s critics include:

– China might be ‘exclusive and excluding’, but ‘not proselytizing’,  ‘has not fired a single shot’ [since the Sumdorong Chu standoff] – why should we be ‘rattled / unsettled’ by ‘a few Confucius institutes’ and ‘interference… done badly’? [former UK diplomat Prof. Kerry Brown closing this debate at the Oxford University union on whether to re-ignite (or perhaps refrigerate) a Cold War with China]

– China’s contribution to global prosperity is being ignored

The importance of the semiconductor supply chain specifically and the dangers to US tech firms have been explored by The Boston Consulting Group (BCG). BCG estimated that restrictions could result in a loss of more than 40,000 jobs than status quo estimates. Accelerated reduction in US market share would not only be economically disadvantageous, it would be damaging to competitive development in the defence sector. An enforced de-coupling would also lead to significant revenue loss for Taiwan’s TSMC and would fail to deter and even catalyse China’s self-sufficiency drive.

The short-term political benefits of inwardly looking strategies, including protectionist stances thus risk long-term structural damage to international supply chains, reducing the resilience of global supply integration to, e.g. future crises. For highly skilled supply chains like semiconductors which rely on an established local infrastructure and skills base, long-term strategic partnerships are required. De-coupling between the US and China puts firms like the US Micron at risk by accelerating the technology arms race between the two countries.

Assessment of costs and benefits of a de-coupling strategy needs to be approached rationally before our leaders adopt new policies. Less zeal and an analytic approach to the long-run economic and social consequences are advisable. There is a danger that de-coupling and re-shoring could be as destructive over the long-run as they seem attractive economically, and could result in efficiency loss, increased prices passed onto consumers, and stifling of innovation.

De-coupling is endogenously linked to unintended consequences of globalisation – inequality, unemployment, global warming and the ensuing rising populism, nationalism and protectionist backlash. Serious security and ideological drives should not give way though to a reckless abandon of well-established economic tenets and data-driven, evidence-based business analysis. Adding frictions to international trade while chips are still on the table might risk damage to the efficiency, structures, institutions and communities this policy purports to be protective of. 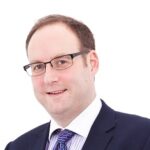 Dr Sam Beatson is an Assistant Professor lecturing in finance, risk management, and ethics and regulation at the Nottingham University School of Business (NUBS). This article for SOAS is a precursor to a more detailed economic evaluation of the issues highlighted, commissioned by the Global Issues Dialogue Centre at Jesus College, University of Cambridge. Sam’s Ph.D. thesis was on “Foreign Investors in the Chinese Stock Market”. He has recently launched the https://www.financenous.com podcast, an accessible foray into the world of financial markets, economics, C-suite executive and non-executive leadership, risk, consumer issues etc.

The author would like to thank a collaborator who wishes to remain anonymous for consultation around some of the arguments made.