Maria Adele Carrai is an Assistant Professor of Global China Studies at New York University Shanghai. This piece is based on her article “Adapting governance along Chinese-financed BRI railroad megaprojects in East Africa” forthcoming in World Development. A special thank to William Yuen Yee for his help in editing this piece.

Development financing for infrastructure has become one of China’s key instruments for economic cooperation and engagement abroad, concomitant with its Belt and Road Initiative launched in 2013. Since the introduction of its Going Out policy in 1999, China’s government has prioritized the improvement of corporate social responsibility (CSR) and environmental performance among Chinese state-owned enterprises (SOEs). Many commentators have expressed concerns that China’s development financing both falls short of a Western model—which promotes good governance and high social and environmental standards—and might even seek to replace it with a new Chinese developmental paradigm. However, such anxieties neglect to adequately consider the Chinese central government’s non-interference policy, which renders Chinese enterprises pliable to the regulations and standards that suit individual African countries.

By examining the experiences of two railway megaprojects in Africa financed by China Exim Bank and built by Chinese state-owned enterprises—Kenya’s Standard Gauge Railway (SGR) and Ethiopia’s Addis Ababa-Djibouti Railway (ADR)—we can start to understand the adaptive governance model promoted by China along its BRI.

The SGR, a non-electrified railway with nine stations, is Kenya’s largest infrastructure project since gaining independence in 1963 and the first modern standard gauge railway in East Africa. China Exim Bank funded almost 90% of the US $3.8 billion contract project. Construction started on Kenyan Independence Day—December 12, 2014—and the SGR initiated operations on June 1, 2017. In its first year, the railway transported over 1.3 million travelers and 60,000 containers.

The story of Ethiopia’s ADR tells a somewhat different tale. Conceived by Ethiopia’s government before the launch of the BRI, the ADR was designed as Ethiopia’s primary transport corridor and is Africa’s first Chinese-built electrified railway. Chinese companies oversaw the ADR’s design, procurement, construction, supervision, and operation, which required a total of US $4 billion. The Ethiopian section cost US $3.4 billion, 70% from China Exim Bank and 30% from Ethiopia’s government. However, its construction took nearly twice as long as that of the SGR and finished in 2016, although testing continued through 2017. The line opened for commercial operations on January 1, 2018, but operational and financial problems persist.

So, what caused this distinction? One primary reason: Divergent local contexts.

In Kenya, the government required Chinese firms to comply with regulations that ensured sustainable operation. As a result, Chinese SOEs financing and building Kenya’s SGR exhibited robust awareness of CSR, publishing reports and interacting with the local media and community. In 2016, China Communications Construction Company (CCCC), the contractor of the SGR, issued a CSR report—a first for a Chinese firm operating abroad—which stated that the project both observed local environmental protection laws and regulations and participated in charity and relief efforts. As the manager of external relations and cooperation for China Road and Bridge Corporation, a CCCC subsidiary, affirmed, “We see ourselves as not just here in Kenya to build a railway track between Mombasa and Nairobi. We see ourselves as a force for good, a transformative agent among the people in the areas we operate.”

In contrast to Kenya, Chinese SOEs in Ethiopia did not encounter a lively civil society or free media. Consequently, their efforts to project a socially and environmentally responsible image were fewer and less sophisticated. For example, Chinese SOEs were much less active on social media in Ethiopia, which often blocked such platforms as per China’s own censorship playbook (Ethiopia’s leading state-owned internet provider, Ethio Telecom, previously signed an US $800 million telecommunications deal with China to strengthen the nation’s censorship capacities). It was not until December 2019—three years after the project’s construction finished—that CCECC announced, via Facebook, its first comprehensive CSR report on its work from 2012 to 2019 and vowed to advance such efforts in Ethiopia.

One common theme within both case studies emerges: Chinese CSR success or failure chiefly depended on local regulations and the institutional frameworks within host countries. Rather than a concerted Chinese effort to suppress civil society in either Kenya or Ethiopia to reduce complications, Chinese companies in both instances were unfamiliar with local business and legal conditions and instead upheld the principle of non-interference in host-country domestic affairs.

While the Chinese government has actively sought to increase the accountability of its economic actors abroad with its own CSR directives, overall, there seems to exist little awareness among Chinese financial institutions and SOEs of these regulations. Accountability mechanisms remain vague and lack legally enforceable obligations. China’s government might be utilizing deliberately ambiguous language to provide its companies maximum flexibility or otherwise write such directives purely to signal its responsible global leadership to external actors. In Kenya and Ethiopia, rather than impose higher standards, Chinese firms overwhelmingly chose to adapt to the host-country environments and their weaker CSR.

If such adaptive governance signifies a new Chinese developmental paradigm that aims to replace a Western model, it certainly remains in its nascent phase, with a rapid learning curve and flexible approach. While Chinese companies and the government are increasingly cognizant of the reputational risks related to lack of CSR and thereby seek to improve their standards, it seems that it ultimately remains up to host-country governments to ensure that local laws and CSR are respected. 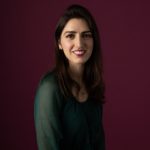 Maria Adele Carrai is an Assistant Professor of Global China Studies at New York University Shanghai. She is a SOAS alumna, having studied Chinese, Arabic, and Chinese Art at the university on a year abroad in 2006-07.

This piece is based on her article “Adapting governance along Chinese-financed BRI railroad megaprojects in East Africa” published in World Development (Volume 141, 2021). A special thank to William Yuen Yee for his help in editing this piece.