It is a commonplace to talk about ‘Han Chinese’ as if the term is a solid description of fact. Some users of the phrase might even regard it as tautological: Han is Chinese, Chinese is Han. Many people assume there is a seamless connection between the Han dynasties of two thousand years ago and the ‘Han Chinese’ of today. In reality, the story is much more complex.

Over the centuries between the demise of the last Han state in 220CE and the birth of the Republic of China in 1912, the name ‘Han’ was generally used by people who were not themselves ‘Han’. It was a term adopted by peoples of Inner Asia to describe the ‘others’ – the inhabitants of the ‘central states’ – the zhong guo – in the plains alongside the Yellow and Yangzi rivers. When these Inner Asian peoples conquered and ruled those plains (as the Tabgach/Wei did in 386-535CE, the Khitan/Liao did in 907-1125, the Jurchen Jin did in 1115–1234, the Mongols did in 1279– 1368 and the Manchu/Qing did in 1644–1911) they used the name ‘Han’ to refer to their subject people. The subject people themselves, on the other hand, referred to themselves as Hua or ‘civilised’.

In the late nineteenth century, Han was being used in this way by the Manchu rulers of the Qing Great State. Even before the Manchu had conquered Beijing and toppled the Ming Dynasty in 1644, they had already created forms of classification within their state structures.  The most important was the distinction between military ‘banner’ units – collectively termed qi – and the civilian population, who were termed min.

But there was also a distinction between the categories of Man (from Manchu) and Han. The boundaries between the two were not clearly defined but were based upon their members’ ancestry. From the mid-eighteenth century, however, the court moved to more formally demarcate the difference. This may well have been prompted by the proximity with which the conquerors and conquered found themselves living. Discipline among the Manchu was breaking down, rule-breaking was increasing, and the court’s response was to impose order through separateness.

Pamela Crossley has argued that the Qing moved to a more racial conception of the differences between Man and Han. The Qing chose to use the word zu to delineate the two groups. Crossley argues that zu carried the connotations of race since, in this context, it implied ‘immutable, genealogically-determined identity with fixed cultural, psychological and moral attributes’. Manchus were obliged to live in separate, usually walled, districts of cities, they were formally banned from engaging in trade and intermarriage between qi and min was forbidden. As the historian Edward Rhoads has shown, these rules lasted right into the 1900s.

To be accepted as rulers of the zhong guo, the Manchu outwardly adopted many of the cultural practices of the Sinitic world. In other words, they became hua – civilised – at least when facing their subjects in the provinces of the former Ming state. The expandable meaning of hua meant that it was not a suitable form of identification for revolutionaries seeking to overthrow the Manchu state in the late nineteenth and early twentieth centuries. They wanted a term that clearly differentiated between the majority of the population and the ruling caste.

It was Zhang Binglin who gave it to them. As Chow Kai-wing, has observed, ‘Before 1899, Zhang’s characterisation of China’s struggle against European powers was primarily based on the idea of war between the “white” and “yellow” races.’ But in May 1899, Zhang penned an article highlighting the ‘barbarian’ origins of the Qing and then in early 1900 his Qiushu (‘Book of Urgency’) explicitly called for the overthrow of the Manchu state.

In that article, Zhang Binglin adopted the term Han as one that clearly separated the revolutionary masses from the ethnic-Manchu elite. Zhang took the term zu and enlarged it from the local to the national: the Han became the Hanzu and Manchu, the Manzu. The two groups were rival lineages, rival races, and therefore conflict between them became not just thinkable but logical.

In a later article he wrote that he did not want to kill the Manchus but did want them expelled back to Manchuria, the northeastern lands of their origin. In this he was a relative moderate among the revolutionaries. There were already some arguing for an anti-Manchu genocide. While reformers were calling for the Qing government to break down the barriers between members of the same ‘yellow race’, Zhang Binglin and his revolutionary comrades were arguing that the race which mattered was the Han and there was no place for the Manchus. 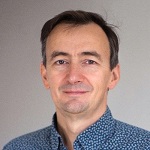 Bill Hayton was appointed an Associate Fellow with the Asia-Pacific Programme at Chatham House in 2015 and has worked as a journalist with BBC News since 1998. He focuses on the South China Sea disputes and current affairs in Southeast Asia.