This week’s blog looks at two new collections of Chinese evangelical posters acquired by SOAS Library, originally published by the Religious Tract Society for China from their offices in Hankow and Shanghai in the 1930s and early 1940s. Catalogues for the posters are now available on the Archive Catalogue under MS 380713 and MS 381279. 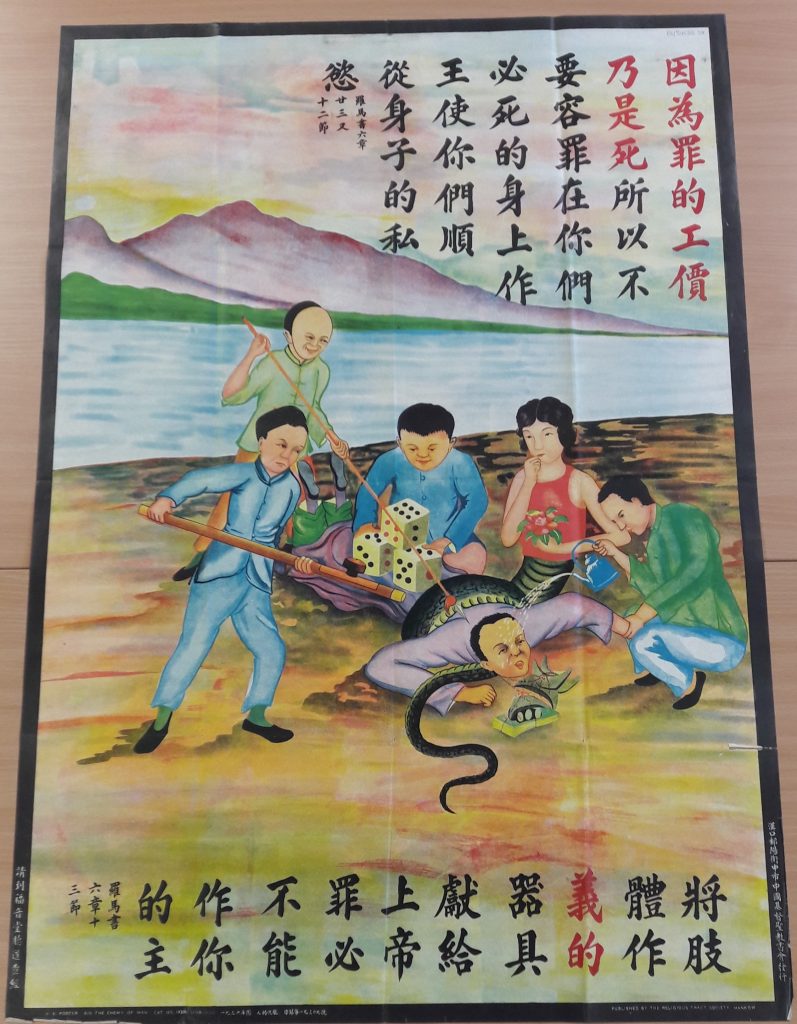 Faced with high levels of illiteracy in the adult population, missionaries used visual material to convey their message.  The value placed on these posters is represented by the Report of the R.T.S. for China, 1932-33: “It has become the custom of the Chinese churches to keep the first week of the New Year as a week of evangelism.  It is a good custom and we prepare specially for it by issuing a series of six large coloured posters with six tracts explaining the lessons the pictures are meant to teach…  We reckon the production of these posters and tracts as our most important enterprise in the year” (USCL/Christian Literature Society, Annual Reports/FBN 1, fiche 36).

The vast majority of the posters in the two collections were originally published by the R.T.S. for China from their offices in Hankow and Shanghai, with four from the China Sunday School Association, Taiwan, and while a large number are undated, those which are dated suggest production in the 1930s and early 1940s.  In 1942 the press at Hankow was taken over by Japanese forces and nearly all the remaining stock was destroyed (p.94, Hewitt, G., “Let The People Read”, 1949, Lutterworth Press; CWML R547). 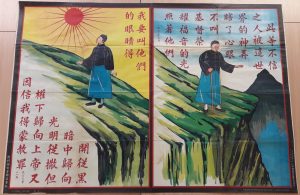 The posters can be grouped into three broad styles – biblical illustrations based on the work of Harold Copping (1863-1932), Chinese-style iconography, and calligraphic scrolls.  The biblical illustrations feature bright pastel colour designs depicting bible verses, while the Chinese-influenced posters exhibit a curious mix of biblical and Chinese costume and architecture.  The calligraphic-style posters are designed in the form of vertical scrolls, many printed with bold characters in bright green, red and white.

Two of the calligraphic-style posters in the collections feature text in both Chinese and Arabic, likely produced for the benefit of the Chinese Muslim community, primarily concentrated in the north west of the country. 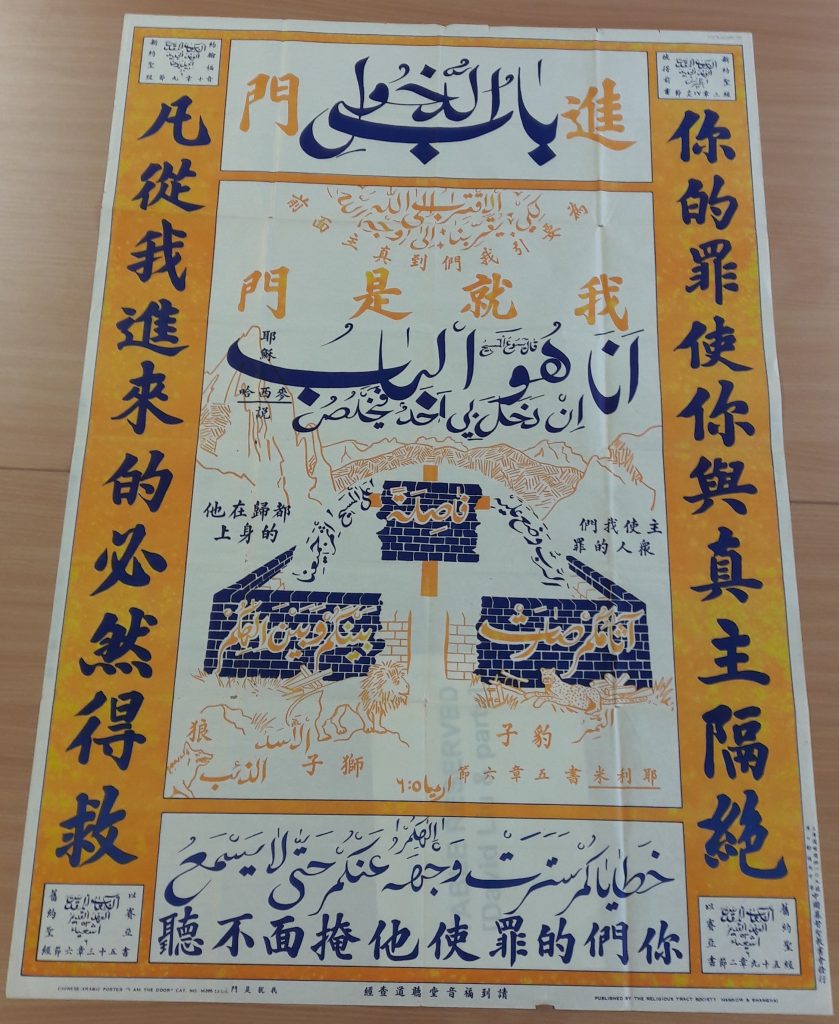 Posters can be ordered and consulted in the Special Collections Reading Room.