The Photographs of Christoph von Fürer-Haimendorf

The Photographs of Christoph von Fürer-Haimendorf

As it is World Camera Day today, we thought it would be appropriate to take a look at the work of anthropologist, Christoph von Fürer-Haimendorf. 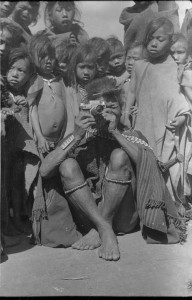 Born and educated in Vienna, Haimendorf studied anthropology and archaeology at the Theresianische Akademie at the University of Vienna before working for a few years in Vienna as a research assistant. He was awarded a fellowship from the Rockefeller Foundation that enabled him to study at the London School of Economics, under the anthropologist Bronislaw Malinowski. In 1936, he went to the Naga Hills in northeast India for his first fieldwork, where he was guided by J.P. Mills, who was then Deputy Commissioner as well as a well-known ethnographer of Naga groups. After more than a year in the field, he went back to Austria but then returned again to India in 1939, intending to continue field work in the Naga Hills. However, the Second World War had begun, and, as the holder of an Austrian passport, he was considered an enemy alien and was interned near Hyderabad in central India. He spent the next four years conducting extensive field research among several tribes in the area and published ethnographies of the Chenchus, Reddis and Raj Gonds.

In 1949, he moved to London, where he became a lecturer at SOAS. He was soon promoted and became Chair of Asian Anthropology in 1951. Within a few years, he went back to India and more importantly to Nepal, which had officially opened to outsiders. Over the next two decades, he conducted extensive field research among the highland populations of Nepal, notably among the Sherpa. At the same time, he made several revisits to his earlier research sites in Nagaland and Arunachal Pradesh. Although he had used film in the 1940s, he made more sophisticated documentaries in later decades and produced more than 100 hours of 16mm film, some of which were shown on BBC television.

He was both the most prolific twentieth-century ethnographer of tribal cultures in South Asia and a pioneer in the field of visual anthropology. 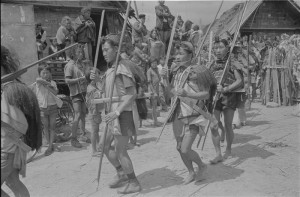 The SOAS archive of Professor Christoph von Fürer-Haimendorf (1909-1995) includes photographs, cine film and written materials. It reflects his fifty years of scholarship and is widely recognised as the world’s most comprehensive study of tribal cultures in South Asia and the Himalayas. It is especially valuable because it documents these cultures before many changed rapidly with the advent of external civil administration after the mid-twentieth century.

In 2008, thanks to a generous JISC grant, SOAS was able to digitise 20,000 photographs in the Haimendorf collection which were made available online. You can have a look at these here (though it should be noted that there is a current ongoing project to migrate SOAS digital archive resources to a new platform).