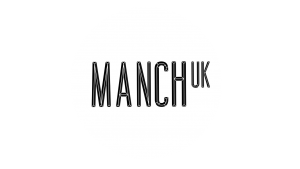 Looking at a timeline within the last forty years, it is possible to evoke a different world of South Asian dance experience in the UK that could be disparate, lonesome, and left to unforeseen circumstances. Magdalen Gorringe reflects on five migrating women artists of Manch UK — Sujata Banerjee, Nilima Devi, Sanjeevini Dutta, Piali Ray and Bisakha Sarker, who together have been instrumental in putting South Asian dance on the British culture map and making it part of the British consciousness. Their stories emerge from the period of pre-British South Asian dance organisations (formal) and are characterised by professional relations developed during the pre-internet, social media, and YouTube era. In the current context, where one can locate any number of classical Indian dancers at the click of a few computer keys, it is perhaps hard to recall how much this facility has reshaped the world of South Asian dance. The lack of social media tools reinforced the loneliness of five dancers, who left their home and a life brimming with dance, music and performance to find a niche and reshape a dance career in the quiet suburban life of 1970s Britain. 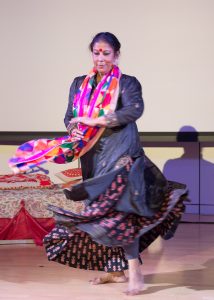 Sujata Banerjee MBE, is the artistic director of the Sujata Banerjee Dance Company and has led pioneering collaborative productions with classical dancers and artists of the diverse genre. She is an influential figure in the South Asian Arts industry having been the Chair of ISTD Dance Indian Classical Dance Faculty as well as being recognised and awarded the One Dance UK’s Lifetime Achievement Award in Dance Education.Sujata Banerjee: https://www.youtube.com/watch?v=RbxgaOHcyf0 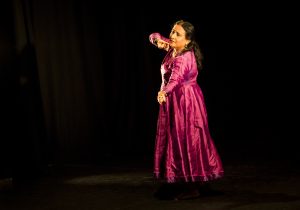 Nilima Devi MBE is the artistic director of Centre of In Indian Classical Dance and a leading exponent of Kathak in the UK, a dancer, choreographer and teacher originally from India who has firmly established a professional reputation in the West. She has choreographed and performed beautiful creative choreographies like Kathak Katha, Beethovan’s piano concerto no1, The Ugly Duckling, Triangle, Kathak Double Bill, Rainbow, Flaming Feet (Kathak dance and music with Irish dance and music), Against the tide, Brahmari, Images and Urjah.
Link – https://www.youtube.com/watch?v=KIvgJMy4QEA 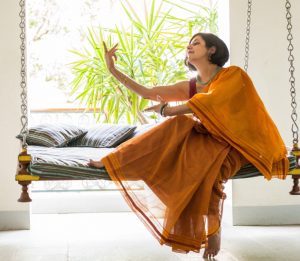 Sanjeevini Dutta trained in Odissi with Shri Shankar Behera in Bombay and London is a performer, educator, curator, publisher and a spokesperson for classical arts. Currently, she is the director of Kadam Dance and the editor of the website www.pulseconnects.com
Link – https://www.youtube.com/watch?v=GmxysXbn3eA 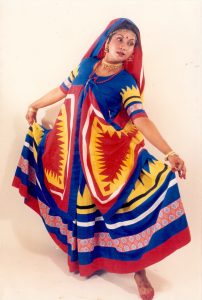 Piali Ray: An eminent Bharatanatyam and Uday Shankar style dancer, choreographer and teacher and the Director of Sampad Arts, a leading national agency for the development of South Asian arts. Link- https://www.youtube.com/watch?v=xIMmxj-bt2s&t=18s 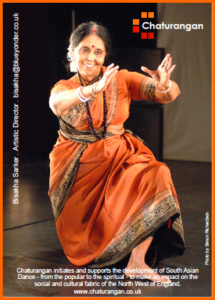 ‘When I came here, I realized that nobody understood what I was saying if I said, ‘I do the Uday Shankar style of Indian dance’. They did not understand and had not heard the name. That was until I went to join the dance choir for Laban dancers. Of all the people, Lisa Ullman came to join me at the breakfast table, and she asked me, ‘So how is Uday Shankar?’. She had met the dada in Dartington. That was the first time my two worlds came together – my world in the UK and my dance world in India.’

This poignant anecdote from Bisakha Sarker encapsulates the early experience of migration for the five artists I reflect on here. Lacking today’s commonplaces of Facebook and LinkedIn, these dancers relied for their connections on travel and luck. The story of how Bisakha first met her ‘dance partner’ Sanjeevini, by attending a party at Sanjeevini’s thanks to a mutual friend, photographer Ray Clarke, in today’s world seems almost quaint. Sanjeevini Dutta, her imagination fired by a childhood in which she had enjoyed classical music outside the Pearl Mosque in moonlight, arrived from Bombay (as it was then) to a ‘very dull’ suburban London. Piali Ray arrived from Kolkata, a city in which she had been performing with several dance groups, including the Uday Shankar Culture Centre group to Birmingham which was very ‘quiet in the evenings. After six, everything just closed down’. Sujata Banerjee, a young mother in an unknown country, came across Pushkala Gopal and learnt about Akademi (then Academy of Indian Dance) through a convoluted journey involving a workshop, a youth dance performance and then as director of Youth Dance England, Linda Jasper. She describes attending a rehearsal of Academy’s Return of Spring and realizing ‘What! People dance here! There are so many people!’ — as surprise revelation and a chance encounter of a brave new world.

In 1972, Mathoor Krishnamurthi had established the Bhavan Centre in London and by 1979, Tara Rajkumar had established the Academy, but in other parts of Britain, there was nothing. Nilima Devi recalls: In Leicester she started teaching ‘at the back of our house’ because there were no established facilities for classes. Piali Ray, arriving in Birmingham where there was ‘nothing like’ an Academy or a Bhavan, discovered in the humiliation and confusion of, for example, going into a school and not even being sure ‘where she could sit’, an acute awareness that ‘there was a lot to do’ and a determination to ‘at least begin to do something’ to meet this ‘much needed requirement’. As she observes, ‘…that’s how Sampad happened.’

It was a time of questions, of trying, as Piali recalls, ‘to understand how this country was working, where we were, how do we fit in, how does our culture, our music and dance fit into this society?’ Sanjeevini worked with Bisakha, ‘really trying to analyse what it was in our dance form – it was a classical form, it requires years of training’ to decide ‘how you could ‘take elements from it and make it something interactive for young people?’ These artists were assisted in their investigations by the enlightened policy in place at that time (pioneered in part by the great Peter Brinson) of encouraging dance in communities through employing dance animateurs. The first animateur posts ‘were established between 1976 and1979, but numbers accelerated during the 1980s as Arts Councils, Regional Arts Associations and local authorities invested in animateur posts in their areas’ (Stevens and Jasper, forthcoming). In 1992, it was estimated that there were more than 250 animateurs.

Nilima and Piali initially job-shared an animateur role in the East Midlands; Sanjeevini and Sujata shared a role in the Eastern region, while Bisakha took up a post in Liverpool. The work of Piali and Nilima meant co-operation and as Nilima puts it, ‘dance was buzzing in Leicester’ — so much so that they were able to launch a successful ‘trainee animateur programme’. One of the graduates of this scheme was Smita Vadnerkar who now does a lot for South Asian dance through the group Nupur Arts. Sanjeevini and Sujata used their initial animateur roles to launch Kadam, with all this has meant for the sector, including Summer schools additional to those offered by the Bhavan (subsequently taken on by Milapfest) and rehousing the sector magazine, Pulse when its founding organisation (ADiTi) folded. Meanwhile for Piali, her animateur work served as a ‘research and development’ period for her later work with Sampad. Nilima’s work led her to emulate the practise of ballet companies in picking up young talent from schools – and the training she offered to these and other young people led to the nurturing of young kathak dancers Aakaash Odedra, Kesha Raithathah and Meera Patel. Sanjeevini’s early and consistent work in Bedfordshire schools developed Odissi dancer, Katie Ryan. As Bisakha reflects, ‘the animateur movement took me to [a place where] …there is no division between audience and people — you can really feel that you are connecting.’ Blurring the physical division even more, Sujata (in salwar kameez and ‘bindi’) recollects her emotional enthusiasm being inspired by her new-found knowledge of anatomy and physiology through studying Sports Science at Brunel. She admired the beautiful balance of goalkeeper’s David James’ warm-ups by screaming in the packed football stadium ‘His legs! His legs! Look at his legs!’. Her accompanying son perhaps did not understand this intentional observation and avoided going to football matches with her thereafter.

The concluding thought on the body and art of the dancer, comes from Sanjeevini who also reflects on age: ‘The dancer may grow old, but the dance never does. The beauty of classical dance is that it comes back again and again, it sustains, it survives, it gives us strength to carry on. And I hope to be able to pass it on to the next generation.’ Through various reflections of the travelling dancer it is evident that continuing the dance, in its form and content has been a source of hope and ambitious labour of love. Their testimony here reveal how the achievements of each of these five strong women and inspirational artists were shaped by travel into a new terrain, friendship and adaptations that coalesced to leave distinguished footprints of creativity in the pre-digital age.

Magdalen Gorringe is a Bharatanatyam dancer and academic. Gorringe started learning Bharatanatyam growing up as a child in India. She completed her arangetram in 1999 under Sri Prakash Yaddagudde at the Bhavan Centre, London. She is currently on a Vice Chancellor’s Scholarship at the University of Roehampton for a PhD thesis on The Professionalisation of Classical Indian Dance Forms in Britain.