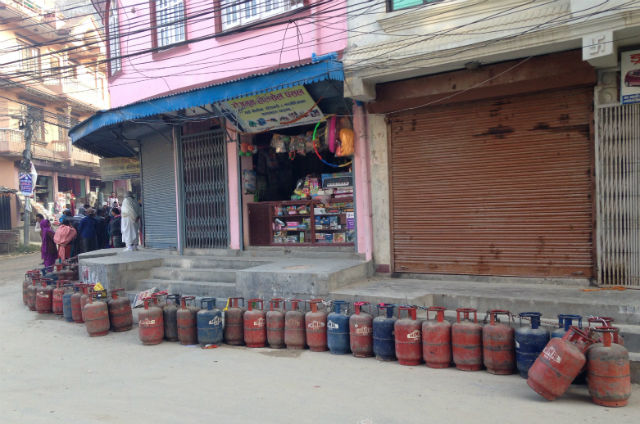 Jonathan Goodhand is a Professor Conflict and Development Studies at the SOAS Department of Development Studies.   His research focuses on the political economy of conflict, war to peace transitions and increasingly on the role of borderlands, with a particular focus on South and Central Asia.

Last September, violent protests in the Tarai region of Nepal triggered the closure of its southern border with India, leading to a spike in fuel prices and widespread damage to the economy. The blockade from Madhesi groups was a response to concerns that the new federal boundaries agreed in Nepal’s long-awaited constitution reinforced existing political marginalisation. The campaign was widely believed to be complicitly backed by India so as to apply pressure on Nepal’s ruling coalition because of unease at the new constitution. The renewed violence in the Tarai marks a worrying new chapter in a country that is still recovering from a long insurgency from Maoist guerrillas, which was finally ended by a peace agreement in 2006.

At the other end of the Indian subcontinent, in Sri Lanka, peripheral regions have also been at the heart of wrangling over the country’s future following the ending of its long-running civil war in 2009, though a military victory by the Government of Sri Lanka over the separatist rebels, the Liberation Tigers of Tamil Eelam (LTTE). Conflict-affected regions in the North and East have seen continued military occupation, while in the south, the once economically-marginal district of Hambantota (hometown of the former President Mahinda Rajapaksa) became a key site of infrastructural development and heavy Chinese investment.

These brief examples show firstly how centre-periphery relations frequently become (or continue to be) a point of contestation in war to peace transitions, and secondly how these dynamics vary greatly in different kinds of state margins. Yet the role of peripheral regions in post war contexts has been little studied.

How does the political and economic salience of peripheral regions shift at war’s end? What are the key points of contention between centre and periphery?  What is the role of political and economic brokers who mediate between the centre and margins and across the border?  Does this brokering role differ where there is a maritime border rather than a land border? How do these dynamics vary when comparing historically marginalised peripheries (like the Karnali region in northern Nepal) with zones of great political or economic salience such as Hambantota and the Tarai? How are post-war transitions experienced by those living in the margins of the state?  How do the interventions of international actors affect centre-periphery relations?

Our new 2-year ESRC-funded research project – ‘Borderlands, Brokers and Peacebuilding in Sri Lanka and Nepal: War to Peace Transitions viewed from the margins’– looks at post-war transitions from the vantage point of such peripheral regions. The project began in December 2015 and will run until November 2017.

In both countries, state margins have been important incubators of political grievance and central to the dynamics of civil war. But relatively little is known about the role these regions play in shaping post-war transitions at the national level and influencing post-war peacebuilding and reconstruction processes. The project challenges traditional approaches to analysing post-war transitions, which have tended to view statebuilding processes as involving the diffusion of political and economic power outwards from centre to periphery. 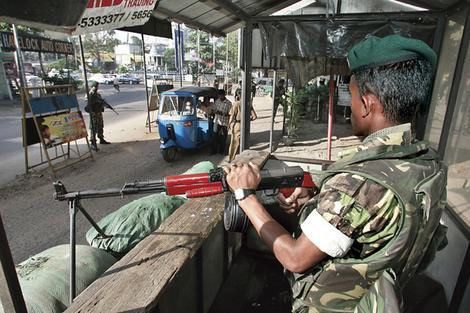 We see the dynamics of brokerage as central to war to peace transitions. Brokers, including military leaders, local politicians, fixers and businessmen, mediate valued resources and ideas between centre and periphery and across the borderline. They act as intermediaries and gatekeepers, and they are both a point of friction and a lubricant in relations between the centre and periphery.

These individuals draw strength from their ability to inhabit different social and political worlds. During war to peace transitions their roles often shift considerably – military actors might become political party leaders or morph into businessmen. Brokers operating in conflict-affected regions have to remain alert to sudden political ruptures, and develop strategies for dealing with changing patterns of violence, or rapid adjustments in power and resource relations.

A good example of this kind of shift can be seen in the changing role of paramilitary leaders like Sivanesathurai Chandrakanthan (Pillayan) and Vinayagamoorthy Muralitharan (Karuna) from the Eastern faction of the LTTE in Sri Lanka. This faction broke away from the northern-led command in 2004, and supported the government’s successful campaign to reclaim LTTE territory in the East. Once the military campaign was over, the group entered party politics and sought to convert some of their coercive strength into political power, though with limited success. After holding key government positions, its former leader Karuna and current leader Pillayan are now marginalised from the political mainstream. Pillayan is currently in jail for killing a Tamil parliamentarian.

We will look at the role of such borderland brokers through detailed life histories. We believe that careful study of the lives of these brokers will reveal how processes of change are shaped, understood and negotiated by individuals and communities in the periphery.

The project is led by Professor Jonathan Goodhand (SOAS and Melbourne). The core research team includes researchers from the Centre for Poverty Analysis in Sri Lanka (led by Vagisha Gunasekera), Martin Chautari in Nepal (led by Pratyoush Onta and Bhaskar Gautam), the University of Bath (Oliver Walton) and the School of Oriental and African Studies in the UK (Patrick Meehan and Sharri Plonski). International Alert (Markus Mayer) leads the project’s engagement with policymakers and practitioners. See this two-page flyer for further details.