“When I retire, I’m going back to SOAS!”

Home/Indonesia, SOAS Students/“When I retire, I’m going back to SOAS!”

“When I retire, I’m going back to SOAS!”

“When I retire, I’m going back to SOAS!” This phrase became something of a mantra for me during my final years of teaching. However, as the time to apply grew closer and this aspiration looked like becoming a reality, I started to become nervous. After all, I had left SOAS in 1982 with a BA in Anthropology and Southeast Asian Studies and an unfinished doctoral thesis and much water had passed under many bridges in the intervening years. I had certainly changed and maybe SOAS had too? Would I be able to cope with the rigours of academic work again? How would I fit in where not only the other students were many decades younger than me but many of the lecturers would be too? All these doubts ran through my mind. However, one thing I was sure of was that I had never lost my love for the languages and cultures of Southeast Asia – a love that was fostered and refined by the inspired teaching in the Department for Southeast Asia under and the Islands under Professor Simmonds during my undergraduate years. 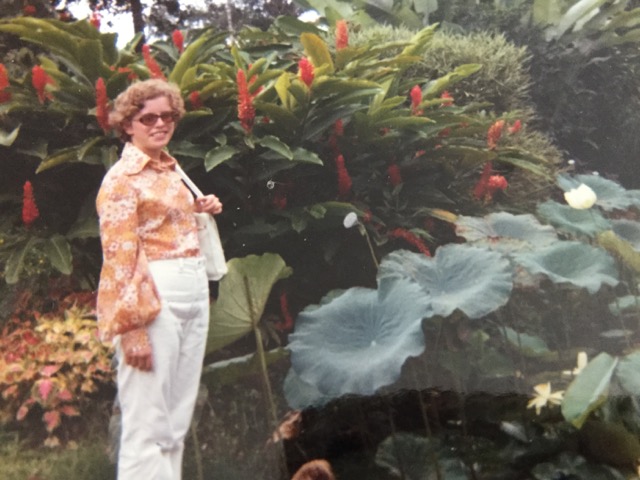 Magda in the Botanic Gardens, Singapore, 1971.

I need not have worried. From Dr Murtagh’s kind and enthusiastic reply to my initial email, through the application process for the Taught MA course, to the cheerful mayhem of Registration week, It was clear that both the School and the Southeast Asian Department, although sadly smaller than it had been, were still as inclusive, friendly and dedicated as ever. Walking back into the Library after more than thirty years away was like coming home after a long absence –same slightly musty smell, same helpful staff and the Southeast Asian section was still on Floor C! And as for the students and lecturers, they could not have been kinder; drawn from all over Southeast Asia and beyond, we soon formed a close knit and supportive group where friendship was freely and generously given and age really was irrelevant. 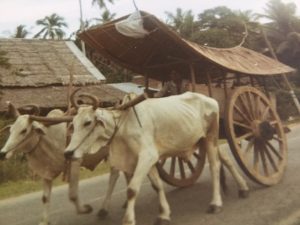 I would encourage anyone thinking about returning to academia in retirement not to be discouraged. For myself, although I had much to learn and to ‘catch up’ on, the life experiences I could bring to my studies were invaluable. I first went to Singapore and Kuala Lumpur in 1970, less than a year after the riots in the latter. On train rides through the jungle heart of the Malay peninsula, we were warned of ‘communist guerillas’ still holed up on limestone stacks and the train had guards riding shot gun. Burma was closed but through a diplomatic contact I managed to get to Bagan in 1972 – a short but unforgettable glimpse of a fascinating and beautiful site which I was thankfully able to revisit last year to explore properly. I may have forgotten most of my Thai but I will never forget hours spent sitting quietly in monastery compounds near Chiangmai; moments of extreme peace. Recollections such as these and many others brought insight and breadth to my studies. 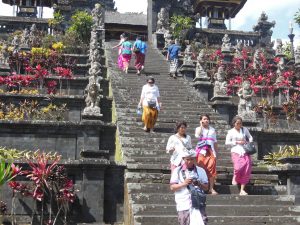 However, of all my Southeast Asian adventures, the place that hooked me at first visit was Ubud in Bali in the early seventies. It was only later that I, along with most of the world, learnt of the horrors that this magical island had undergone in 1965 and 66; I will never forget the chill in my heart when I realised that a particularly beautiful path out of a desa was unfrequented because it was known it led past an unmarked mass grave.   In spite of this and in spite of the advent of mass tourism which many feel has spoilt Ubud, I will go back as often as I can to this fascinating, not always benign but outstandingly beautiful place which for me embodies the cultural confidence and spiritual independence of these ‘lands below the winds’.

Thanks to SOAS I have been able to develop both as an undergraduate and as masters student what could have remained a dilettante interest in Southeast Asia to the point that, following two years study of Indonesian language and European Literature pertaining to Southeast Asia, I am hoping to start a PhD in the department. Yes, if I am successful, I will be 71 or 72 by the time I graduate but, as always, SOAS and the Southeast Asian Department in particular has given me the confidence to try! And so the journey continues!