Home/SOAS Students, Uncategorized, Year Abroad/One Year on into a Degree in Vietnamese and International Relations

I originally applied to SOAS for Politics and International Relations, with the intention of perhaps taking a language as part of the Language Entitlement Programme. I had chosen SOAS because of its unique non-Eurocentric perspective among UK universities on global affairs. Other universities I had submitted applications to for the same course had almost identical syllabuses to each other so picking SOAS was an obvious choice with its specialised regional modules on Africa, the Middle East and the different parts of Asia in politics, literature, culture and languages.

The summer before my first year at university I went to Vietnam to stay with friends and travel around the country and enjoyed it so much that I decided I wanted to study Vietnamese. Conveniently I was going to the only university in the UK that teaches the language! I emailed the Department of South East Asia saying that I wanted to change my degree to International Relations and Vietnamese and wrote a bit about why I was interested in Vietnam and they couldn’t have been more helpful in changing my course. 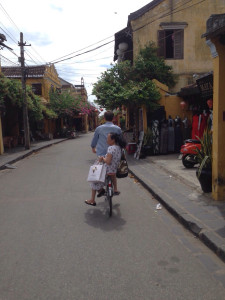 Hector and passenger, Hoi An

My first year involved taking two modules in International Relations and two in the South East Asia department (one of which was Vietnamese language). I enjoyed all aspects of my course thoroughly, but especially the modules which I took in the South East Asia Department which had great student to lecturer ratios. There were only four of us in my Vietnamese Language course and we had two teachers, Dr Healy and Mrs Trang which made learning the language from scratch so much easier with all the support and attention we were getting. For non-language modules, I took English Literatures of South East Asia which was a comparably small class and the most enjoyable time I had ever experienced studying literature. The books were interesting, our lecturer, Dr Mulaika Hijjas, was an expert in her field and knew many of the authors personally which meant we had classes discussing their books with them on a regular basis! Instead of wondering what the author meant by something they mentioned in their book, we could ask them. All my lecturers know us personally and would happily talk about our course, assignments and all things South East Asia and more with us, something often unheard of from what my friends at other universities have told me. The other module I took was South East Asia on Film and was hugely interesting, watching famous Hollywood films about the region from a different perspective having learnt about Orientalism and Postcolonial thought on the films. 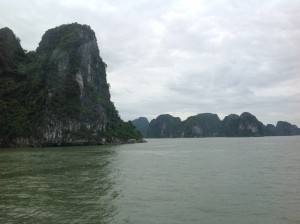 SOAS hosts a vast number of lectures in an infinite range of subjects, a few of which I attended throughout the year. My only regret is not having gone to more with all the interesting speakers that the university attracts. Furthermore, being in London in itself is a great resource, as all the other London universities, think tanks, institutes and museums all host their own events which means there’s something going on every day. My advice to new students would be to go to as many events as possible because you can find out about new topics and fields which you wouldn’t otherwise come across, and these can influence your course of study and which modules you pick. Another suggestion would be to make extensive use of the library, which is truly one of a kind and holds so many resources on niche academic research and books, films and articles in every language SOAS teaches – all of which are fantastic language learning tools. 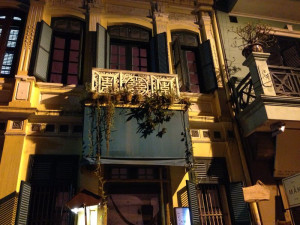 Perhaps the biggest attraction to doing a language at SOAS is the opportunity to do a year abroad in countries which other universities don’t offer. I will be doing a year abroad in Vietnam which I am greatly looking forward to, especially given the support of a SOAS alumni network in the country and throughout South East Asia. Due to being one of the (very) few students from the UK to study in Vietnam each year, there is a great deal of flexibility in the programme and location of study and the other opportunities available which means the year abroad really is tailor made to the individual.

I would suggest all the above are the reason to study at SOAS, rather than anywhere else, and for those who have already decided to go already to definitely take a language as part of their degree, and in particular a South East Asian language given how unique your degree would be!
Hector Drinkall-Gash, 1 August 2016
EventsInternational relationsSOAS StudentsVietnamVietnamese
Share this Post: