On the 17th June 2016, the Department of South East Asia, SOAS, University of London hosted the UK premiere of the Singaporean film 7 Letters  followed by a post-screening Q&A with director Royston Tan in conversation with Professor Chris Berry of Kings College London. The event was organised by Dr How Wee Ng.The screening was sponsored by the Singapore High Commission in London and the Singapore International Foundation. 7 Letters is an omnibus of seven short films from seven of Singapore’s leading directors (Boo Junfeng, Eric Khoo, K Rajagopal, Jack Neo, Tan Pin Pin, Royston Tan, and Kelvin Tong ). Partly government funded, the film was made in conjunction with SG50 – the jubilee celebration of the city-state’s nationhood. 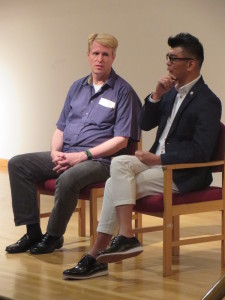 According to Royston Tan, however, while government celebrations of the anniversary were very nationalistic, 7 Letters, provides a much deeper and introspective sense of what it means to be Singaporean. Issues of multiculturalism, the preservation of Singaporean heritage, disaffection produced by rapid development and the trauma of historical separation from Malaysia are issues delicately addressed throughout the films in a subtle exploration of the complexities of Singaporean cultural identity. 7 Letters revisits the interesting and multi-faceted history of Singapore as a nation through issues of identity in British colonial times, the Golden Age of cinema during the 1950s to 1960s under the Federation of Malaysia and the changes brought on by rapid economic development as an independent nation-state. 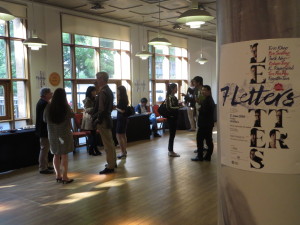 Among the gathered audience, the film succeeded in producing a discussion that followed
the contours and anxieties  that  are highlighted in 7 letters. From discussions with the audience, these complex sentiments were poetically captured in the words of an artistic director, Hi Ching: “This set of 7 poignant, reflective filmic letters by seven Singapore directors are pretty far removed from what one would expect as an offering to mark the 50th anniversary of their city state. What tenderly crafted revelations of subtle emotional states they turned out to be. So fragile were some moments that one was terrified to breath for fear of upsetting the ambience of delicately spun meringues.” Hi Ching succinctly describes the multifaceted, subtle yet highly personal journeys that fill the screen. It is a film that evokes traditional community yet does so in a nation that celebrates its own version of modern multiculturalism. According to Professor Chris Berry, in an era when film production 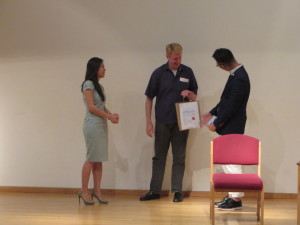 is going global, here is a champion of national film.  On a more critical note, Hi Ching adds,“Perhaps it is telling that the uniformity of such a meticulously controlled society that is Singapore has produced this corpus of work, which shares amongst its directors a similarity in yearning of loss and pain threaded with such abundant lashings of a nostalgic past, in honour of its 50th anniversary.”

A final irony of this film is that in its reflection and search of the nation’s  ‘lost’  golden age of cinema, it may herald in a new golden age of Singaporean film production. In the Q&A, director Royston Tan claimed the film was “a reflection of what we have achieved and what we have lost”. It may also be a sign of where both Singapore and its bourgeoning film industry are heading in the future.