Who Was Part Of This? Meet The Project Assistants

Home/project results and findings, Uncategorized/Who Was Part Of This? Meet The Project Assistants

Who Was Part Of This? Meet The Project Assistants

The days are long gone when anthropologists would pretend to be lone heroes.  All that nonsense was part of a colonial moment and also part of a certain hubristic trend in academia. Yet ghastly echoes of an Indiana Jones nature still bedevil the concept of ‘fieldwork‘. Levi-Strauss- prototype of the 20th C fantasy of anthropologist as lone white male hero. Photo from the cover of Patrick Wilcken’s monograph on the man.

Let’s speak plainly here: everything that all of us do is always collaborative, and nothing more so than ethnographic research.

My part of the REALM work has been possible with support from three project assistants in India and one in London.

Anupama Jestin (nee Thampi) was at MG University in Kottayam when we began pre-project set-up talks in 2017. Her interesting PhD was a study of Dalit communities’ relationships to Gulf migration and put forward Dalit voices about why they are under-represented in migration. There are fundamental causes to do with a lack of economic and social capital – but also some interesting motivations to do with a reluctance to live a split-site family in these communities, whose families had been so forcefully attacked during agrestic slavery.

Anupama translated written Malayalam text into English, English into Malayalam, and undertook some of the Mavelikkara interviewing, both along with me and also as part of a two-person team with Nick.

Nick (Nikhil Mathew) has an Integrated M.A. in Social Science (with major in Sociology) from the University of Hyderabad, India, followed up with an M.A. in Sociology and Social Anthropology (with specialization in Global and Urban Studies) from CEU, Budapest.  Nick, as an urban Indian from a Kerala Christian family, was a perfect insider-outsider on the project. We spent some time together meeting people in rural Travancore – a rural environment very familiar to me, but new to Nick. Malappuram was another place where Nick found himself in social spaces quite distant from his own. All this engendered several fruitful conversations about how any concept of ‘culture‘ (as in ‘Kerala culture’) splinters in the face of experiential reality.

Nick undertook some solo interviews, went to a Malabar ‘migrant festival’ and wrote a report about it, and – in one of the most exciting moments of the project – went for a week’s visit to the Gulf as a young single male, to experience first-hand what everyday life there is like for ‘young bachelors’. Nick stayed and moved around in spaces where Kerala migrants live and socialise. His impressions and reflections of his hectic 5 day immersion in the life of downtown Hamdan offer interesting texture to the project’s understandings. 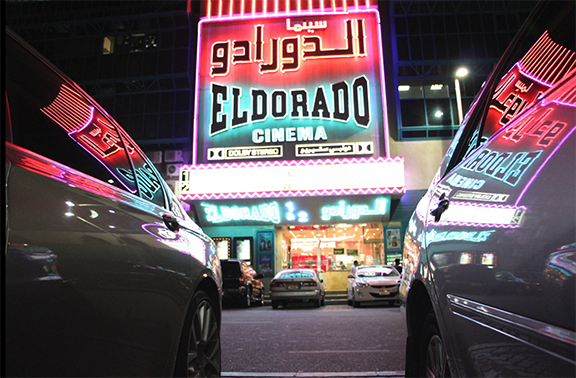 Continuing my earlier work among Muslim migrants, and extending from Calicut into the very different site of Mattancherry, Cochin (Kochi), I was introduced to the neighbourhood by P A Ansari.

Ansari facilitated introductions, assisted with interviews, and has been part of very fruitful ongoing conversations about migration. His own PhD thesis has focussed on the very interesting phenomenon of internal migrants within Kerala. I have contributed to his first publication (in press) which presents some of the challenges that incomers to Kerala face – a fascinating and troubling counterpart to Kerala’s ‘missing workforce’. (People in Kerala often comment on the fact that so many Malayalis are in Gulf, doing manual work which they would not do at home – leaving internal migrants from Bengal, Bihar, Orissa and other regions to migrate into Kerala take up labourers’ posts).

Ansari’s areas of interest include : Migration Rights, Human Rights, Labour Migration, Issues and Challenges of migrants, Policy framework for migrants. He is interested in and has expertise on the issues and challenges for Indian migrant workers in both national and international perspectives. He can be contacted at: ansaripa101@gmail.com.

In London, Dr Helen Underhill brought an extraordinary combination of expertise to the project. With a first degree in fine art, a PhD in anthropology, a teaching qualification and a raft of serious administrative and project management skills (thanks to some pre-PhD stints working as a PA), Helen kept reporting, data management and logging, budgeting and bibliography management right on track.  Helen stayed calm when I was in panic (the moments when I ran out of money in India, the failure of my digital notebooks to upload, the time I ran into visa trouble, which led to problems with suspicious Indian police); dealt with some tangled messes of nVivo trails and project design revisions; and gave good advice on project management. She co-presented with me at the last REALM meetup – it was great to be in the Gulf together and to introduce her to people whose names were by then very familiar for her.

Every ethnographer needs someone like Helen to help them keep a project on track. You might be an amazing field ethnographer, a great scholar, or a skilled interpreter and communicator.  This in no way means that you will be a good project manager. 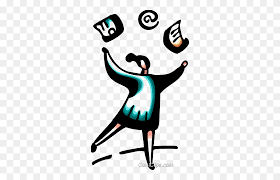 As well as the assistants, my project was supported by several long-term respondents, whose anonymity we respect here. I’ve known some of these people since 1989, when I first went to live in Maveilikkara; others I met in 2002, when I lived for 2 years in Calicut. We know each others’ families, have seen the ups and downs of each other’s lives over the years and share some frank conversations and sometimes intimacies and confidences in a two-way relationship of trust.

This small group of Malayalis, who keep in touch with me by FB and What’s App when I am in Uk, meet me whenever I am working on a project, give me advice and opinions on ideas I’m having, and let me into their lives for long-term participant-observation work, are the bedrock of the project planning and a substantial help in its execution. They let me know about trends going on in Kerala, things I need to be thinking about, people I ought to meet or issues I should get out and ask about. 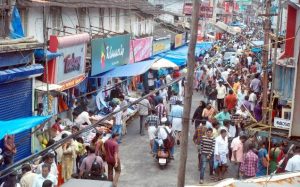 While the ‘lone hero’ mythology has been blown wide open, we’re still in a world where (too) many academics take on post-docs to do research which then goes out in the senior academic’s name; where field assistants magically disappear in the space between gathering material and publication; where the importance to research success of long-term ethnographic respondents and primary interlocutors gets downplayed.

Letting go of that old academic hubris and admitting the areas where you need support – and then acknowledging that support – is an essential part of a 21st century academic ethics. Offering appropriate recompense and recognition to all who play a part in a project is another.

REALM has endeavoured to be an ethical and collaborative work-space and I’ve appreciated being part of it.