Results and Trends III: The Gulf has lost its appeal

Home/project outputs, project results and findings, Uncategorized/Results and Trends III: The Gulf has lost its appeal

Results and Trends III: The Gulf has lost its appeal

My last post spoke about the continuities in Kerala-Gulf relationships.

But there is another story, too.

Statistical evidence and ethnographic narrative alike are showing that, for Malayalis, the turndown in the Gulf economies is impacting people’s plans for migration and for return. I’ve been finding that it’s also true that ‘cultures of migration’ which made a period in the Gulf practically a normalised part of masculine life-cycles in many parts of Kerala may be weakening.

Many young men are telling me that they went to the Gulf and returned quickly, disillusioned. Negative factors they talked to me about included the long working hours, the poor quality accommodation and the high costs of living.

One young man spoke bitterly about the relentless ‘work-and-money’ culture of the Gulf and insisted to me, dramatically, “There is no heartbeat in the Gulf! Only in Kerala do we find a heartbeat!” 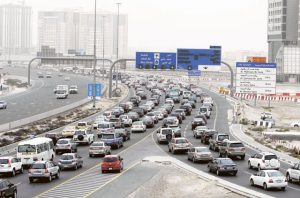 The Sharjah – Dubai commute, from https://gulfnews.com/uae/transport/sharjah-dubai-drive-no-longer-a-nightmare-1.774967

Others who met me talked about more positive factors, such as the fresh hope which recent changes in Kerala society have brought them.

Many young people I spoke to referred to recent changes as bringing in a sense that Kerala can buck national Indian trends and move to become a socially progressive, cosmopolitan space with some strong creative and arts-led community businesses. Cochin biennale has provided some employment, has intensified senses of Kerala’s global belongings and has inspired young folk to feel that they can break from the old Kerala. The new wave in Malayalam cinema is one of many symptoms of young Malayalis’ desires for change. The way that Malayalis handled the flood – and the ways that the Delhi centre failed to handle it – have also intensified a kind of ‘Kerala pride’.

Some of the men I spoke to over during REALM research went with a very specific saving goal and returned to implement their core plan, which was to build a small business. In Calicut, new shopping malls, beachfront re-development and a strong culture of consumption have helped support the growth of a range of SMEs, offering contemporary-style barista coffee shops, nostalgia-fulled eateries offering traditional home-style food in smart contemporary surroundings, and many Gulf-mimetic businesses like those which are selling basketed dried fruits, nuts and sweets.

At the same time, many young women are refusing to marry Gulf migrants and insisting that they want a family life which is not split-site. “I don’t want my life to be like my mother’s was”, is a familiar refrain from teenage daughters of migrant men. All this is quite different from earlier generations and reflects changing expectations of marriage and of men’s roles in the household and as fathers.

As I sift through the stories I have been hearing, and put some key indicators into a database, I will be posting more about the ambivalence I encountered, and trying to understand whether we can find patterns which would explain why some folk continue to see Gulf as inevitable, or as desirable, while others are convinced that, “It’s finished. The glamour has gone”.