I’m in UAE right now and off to Kerala tomorrow.  On the plane, I watched two Malayalam movies.  It’s not unusual that both referenced migration. This movie (Marubhumiyile aana (2017)- elephant of the desert) was especially interesting, with its rich roll-out of several Gulf stereotypes, a hybrid protagonist who has an Arab father, and a Malayali mother, and its Arabic catch-phrase  –  Mafi fulus, mafi mushqil (no money no problem).

Something I’ll be doing as part of the project is taking a look at some of the most famous Kerala Gulf movies, like this one, Nadodikattu (1987), which reminds us of the histories of people-smuggling in the early days, when men travelled from Beypore by urs/ dhow and swam the last part to shore.  There are still men alive in Calicut who can recount these stories. 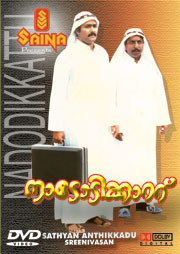 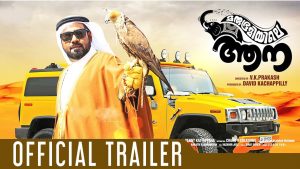