Speaker’s corner: A double divorce in a divided union: what’s going on in Brexit Britain? by Farrah sheikh

Home/Speaker's Corner/Speaker’s corner: A double divorce in a divided union: what’s going on in Brexit Britain? by Farrah sheikh

Speaker’s corner: A double divorce in a divided union: what’s going on in Brexit Britain? by Farrah sheikh

A double divorce in a divided union: what’s going on in Brexit Britain? 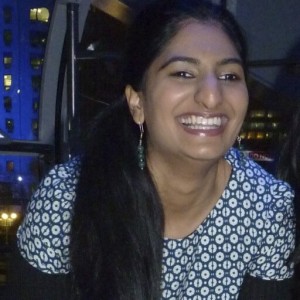 British voters made the momentous decision to leave the EU in an in/out referendum held on 23 June 2015. The results were extremely close, with 52% voting to leave compared to 48% voting to remain in the EU.

The demographics are important here: almost ¾ of young people aged 18-24 voted to remain compared to 60% of older persons aged 65+ who voted to leave. In general, the older the voter, the more likely they were to vote leave. Those with the least formal qualifications, and lower incomes were more likely to vote to leave compared to those with degrees and either full time or part time jobs. Around 2/3 of voters identifying as Asian and ¾ identifying as Black voted to remain.

The top three reasons cited in the Ashcroft Exit Poll for leaving the EU included: reclaiming control over immigration and UK borders (33%), sovereignty (49%) and concerns over EU expanding their membership and powers (13%) compared to the reasons for remaining in the EU cited as risks to economy, jobs and prices (43%), having access to a single market without having the Euro or being part of Schengen (31%) and concerns that the UK would become isolated (17%).

By nation, and region, the results become even further polarized. Northern Ireland, Scotland, and Gibraltar voted to remain in the EU, whilst Wales and the vast majority of England, save for London voted to leave the EU.

There are questions around the quality of information transmitted by the Leave and Remain campaigns as many Leavers showed ‘buyers remorse’ once they realized the implications of Brexit. Cornwall and Wales overwhelmingly voted to leave, and yet have demanded that their EU funding should not be cut as a result of the referendum. The Leave campaign reneged on its promise of investing £350 million a week into the NHS, and has confirmed that leaving the EU will not necessarily reduce immigration. Approximately 4 million people signed a petition calling for a second referendum, which the government has now rejected.

Article 50 of the Lisbon Treaty must be triggered before Britain can formally begin its exit negotiations with the European Union. These talks can take up to two years and will hash out a deal on immigration & the free movement of people within EU borders, the fate of EU migrants already in the UK, access to the trade bloc, what laws and regulations will cease or continue to apply and a host of other key issues affecting the everyday lives and business of people living and working in Britain.

David Cameron refused to trigger Article 50, instead tendering his resignation, passing on the responsibility for managing these difficult divorce proceedings to his successor, who we now know will be the previous Home Secretary, Theresa May. Ironically she will also be unelected by the British public. In refusing to deal with these difficult negotiations, Cameron has the last laugh at the Leave camp by passing on a poisoned chalice.

Theresa May who instantly becomes our new Prime Minister as she takes on leadership of the Conservative Party will have to deal with the economic and social consequences of Brexit which are likely to include a fresh round of even tighter austerity measures, and a possibility of recession on an already-exhausted population.

In the meantime, the leaders of the Leave camp, Boris Johnson & Michael Gove, having betrayed each other in the Conservative Party leadership contest, are nowhere to be found. Several weeks have passed since the referendum result, and we are yet to hear the details of their plans for a successful Brexit. Despite Johnson’s initial insistence that the UK will retain access to the single market, EU leaders have made it absolutely clear that Britain cannot retain this access without agreeing to the freedom of movement. Britain has already been excluded from the decision-making table as EU leaders held a summit in June to discuss Brexit without the now outgoing Prime Minister, David Cameron.”

The fall out from the decision to ‘Brexit’ has been immense. Within hours, and days, the pound dropped to a 30 year low, the UK economy has dropped to 6th place in the list of the world’s largest economies, many banks are beginning to move their business out of the UK to offices in the EU, some companies have announced recruitment freezes in Britain, losses in EU funding threaten academia, our leadership status in science, and much more.

As Theresa May prepares to take the mantle of premiership, she has said:  “Brexit means Brexit.” However, it is important to understand that the referendum is not binding in law. It still has to be passed through Parliament, and then once Article 50 is finally triggered, there will be a 2-year process before we finally get clarity on how, and when Brexit will happen. Despite this, Brexit already has far reaching implications, and has exposed the fragility of our society.

Damage to the Union

As Scotland voted overwhelmingly to remain in the EU, First Minister, Nicola Sturgeon has made it clear that she will do all that she can to ensure that Scotland retains its membership of the EU. This includes holding a second independence referendum, and leaving the Union if necessary. Sturgeon has held meetings with various European leaders this week, gathering intelligence and support for how Scotland might achieve this aim. Another suggestion has been to renegotiate the Union itself, transitioning to a federal system where each nation remains autonomous.

The riskiest consequences of Brexit are likely to be felt in Northern Ireland, where a fragile peace between the two Irelands is likely to be disturbed if the border comes into question once again. Northern Ireland contains Britain’s only fully open border with the EU (the Republic is part of the EU) and there has been a common travel area between the two for almost a century. People live and work on both sides of the border, and this freedom of movement comes into question if Brexit comes into force.

The risk of violence, even another round of the Troubles as a result of a militarized border, checkpoints, or efforts to close the border have been at the forefront of Irish concerns about Brexit, and have barely received any attention in either Leave or Remain campaigns. Peace has been hard won here, and it is clear that any risks to the Good Friday Agreement were not taken into consideration when the referendum was announced. As part of the Agreement, Northern Ireland is able to hold a referendum on gaining independence from the UK, and unify with the Republic of Ireland. As long as there has been an open border, and Catholics and Protestants have been able to move freely between the two, this freedom of movement, as well as trade enabled by the EU have allowed Catholics in particular to keep ties to a country they love without needing formal re-unification. Brexit throws all of this into question, and with it, the entire Union, and the narrative of Britishness.

Criticized for being Anglocentric, the notion of Britishness – who qualifies, what it means, how it is lived finally gets restricted to Little England. Britishness has always been linked to Englishness, whiteness, and excludes narratives from the nations, and in the past, its empire. As Little England finds itself isolated from its European friends, abandoned by its sibling nations, colonial hangover chokes those older Brexiteers who voted to ‘take back control’ of a country that had never lost it in the first place, nor known the pain of a true independence battle.

There has been much focus on White European migration, and the impact of Brexit on the Poles, Germans, French etc and very little discussion on communities of colour with strong links to Europe. Our sizeable Somali community comes under threat as a direct result of the referendum. Many Somalis started their journeys to Britain as refugees via other European countries, especially the Netherlands. Freedom of movement allowed many Somalis to pursue life, work and love in the UK where it has been reported they have felt more accepted compared to the racism experienced in other European countries. As nationals of other European countries, their fate remains undecided as Brexit negotiations decide what to do with them. Whilst politicians dither, the lives of real people hang in the balance, the uncertainty causing frustration, confusion and fear.

It is not difficult to understand these emotions when we note the 57% rise in hate crimes in the 4 days after the Leave result was announced. This has included a wave of bigotry against White European migrants including the Polish community, who have seen the first ever targeted attack on their cultural centre. As White European migrants realize that they are slowly losing some of their privilege as a result of Brexit, discussions on prejudice and racism are slowly opening up although much of the discussion is framed through the paradigm of Whiteness. 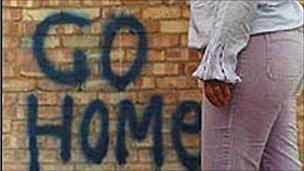 White British, and White Europeans now have to come to terms with a problem that people of colour, and people of faith, especially those who wear visible signs of their faith like Muslims and Sikhs, have had to contend with since decolonization. Whilst many Brexiteers may not be racists, a Leave vote based on a xenophobic campaign has certainly legitimized the racist narratives of English nationalists. As British-born people of colour, and their migrant counterparts are being attacked in the streets, on public transport and told ‘we voted leave so you need to leave,’ Britain risks regression to some of its darkest days in history, the days of Enoch Powell, rampant racism, and violence of the seventies.

As Britain faces the prospect of a double divorce in a divided union, our leaders must be held accountable. We are in dangerous territory, littered with broken promises and a string of untruths from a referendum campaign based on division and fear on both sides. A lack of clear leadership from our government, and a poor opposition to hold them to account is causing restlessness, fear and uncertainty across our communities and threatens to strike the very heart of the Union, as we know it.