Reflections on the 48 mile ruling 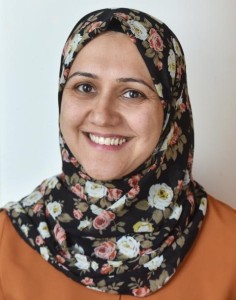 Despondence and frustration were the initial feelings that came over me after reading the article published on 4th May 2016 regarding advice given by the Blackburn Muslim Association about women travelling alone.

Then a number of questions arose like, such advice was given because it was sought..why would such a question be asked? Why 48 miles? That is almost the distance from London to Bedford. Why not 47 or 57? How did we arrive at this specific number?

Then I wondered in what context would David Davis, Conservative MP for Monmouth highlight this particular incident, of a group in Yorkshire, to the Secretary of state for international development. In addition, for such a story to appear in the Telegraph a day before Londoners elected their first Muslim Pakistani Labour Mayor can only be interpreted cynically. Here was yet another example of how Muslim women were used to stoke up fear, prejudice and hostility. This is part of the persistent phenomena of women as subjects and tools for debate and ideology. Any ideology whether it be progressive, Islamist, far right, ‘western’ conservative or traditional Muslims. What is clear is that women in the above examples were never the setters of the agenda for debate and discussion.

The consequence of this, particularly in the realm of religion and faith is that patriarchy becomes the sole interpreter and producer of religious knowledge and practice. In doing so, alienating the right of female believers to worship and practice religion in a way that honours their gender and contribution to society. Apart from enabling the power and control over women, the absence of women from the production of knowledge leads to the belief and perpetuation of a world view that disconnects women from their divinely ordained role of bringing alive the values of Qur’anic message of justice, equality and self actualization leading to the elevation of the human condition for all.

A spokesman for the MCB stated that such a ruling is not only offensive but also an edict that was no longer relevant or even used in modern society. This may well be the case but again illustrates the extent to which women themselves, and all who defer power and knowledge to the clerical class, have given up responsibility for their own conversation with God, purely by feeling the need to ask this question. 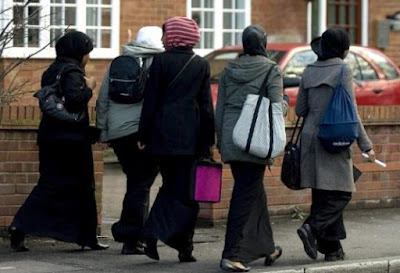 There is no denying the importance and function of clerics, scholars and expertise in Islamic theology but has this inevitably led some to think of Islam as a list of dos and don’t? As a separate value system or set of rituals that impact our lives but not in meaningful and relevant way?

In trying to imagine the woman who posed the question, I wonder whether she was a single parent or a married woman? Whether she was the main breadwinner for her family or was a student travelling to a course or placement? Did she simply want a break? Was she being told that as Muslim woman her worship of and adherence to Allah was mediated through her husband? Whatever the answer, who ever she is and whatever the circumstances may have been, she is clear in her religious commitment and sincerity in wanting to do the right or ‘halal’ thing . However, there is a part of me that feels disappointed she was perhaps not confident enough with her own ability and reasoning to come to a conclusion that reflected the values of the Islam and the Quran which see men and women as being created from a single ‘nafs’ (self or soul) from which its Zawj, pair or partner was created. Sadder still, it perhaps never occurred to her that she can exercise that choice or worse was not allowed to.

The 48-mile ruling also illustrates the danger of our personal and collective disengagement with Qur’anic and prophetic message. If we assign sunnah and the process of understanding the Qur’an to specific time and place then of course our religious understating and practice will not be ‘fit for purpose’. The Almighty has on numerous occasions warned readers of the Qur’an from blindly accepting the traditions and practices of our forefathers. It continuously invites us to ponder, reflect and understand the examples, parables and stories that are told in the Qur’an. To what extent do we practice this daily? Have we created spaces in our lives and religious institutions for such a processes of reflection and learning or have we reduced the Divine message to a list of dos and don’t, a rule book by which we disengage spiritually, intellectually and hope someone with more “expertise” and time can tell us “what to do”?

Huda Jawad was born in Baghdad and left Iraq at the age of two. She travelled the Middle East throughout her childhood eventually settling in the UK in 1988.
​ She​

has a combined Honours Degree in Sociology and Psychology from Roehampton University and a Masters in International Studies and Diplomacy from the School of Oriental and African Studies (SOAS), University of London.

Huda has worked for over 21 years in the Third Sector. She has held various positions in local government, national and international NGOs and charities tackling a wide range of issues relating to social exclusion, justice, equality and conflict resolution.
​She is passionate about tackling Violence Against Women and Girls. She works with communities and professionals to raise awareness and develop strategies to better support survivors.
48 milesblackburn muslim Associationhuda jawadwomen
Share this Post: