Speaker’s corner: Women are the first to pay the price of Islamophobia in Europe, by Sarah Isal – European Network Against Racism’s (ENAR)

Home/Speaker's Corner/Speaker’s corner: Women are the first to pay the price of Islamophobia in Europe, by Sarah Isal – European Network Against Racism’s (ENAR)

Speaker’s corner: Women are the first to pay the price of Islamophobia in Europe, by Sarah Isal – European Network Against Racism’s (ENAR) 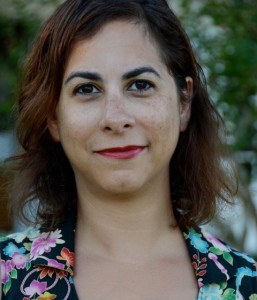 Muslim women experience the same inequalities as other women in employment and in relation to verbal and physical violence, but additional factors such as (perceived) religion or ethnicity deepen these gender gaps. However, very little is done to collect comprehensive data and tackle this intersectional form of racism. This is the conclusion of the European Network Against Racism’s (ENAR) new report “Forgotten Women: the impact of Islamophobia on Muslim Women”, covering eight European countries: Belgium, Denmark, France, Germany, Italy, the Netherlands, Sweden and the United Kingdom.

ENAR initiated this project because we realised that Islamophobia directed at women was primarily a gender issue as well as a racial or religious one and that Muslim women deserved the support of feminists and anti-racists alike. Yet Muslim women have until now been ‘forgotten’ as much by decision and policy makers as by anti-racism and feminist movements, in large part due to the negative stereotyping they are facing within the mainstream public discourse. This project aims to change this by documenting the disproportionate impact of Islamophobia on women and strengthening alliances between the anti-racism and feminist movements in order to better address the intersectional discrimination affecting Muslim women or those perceived as such. 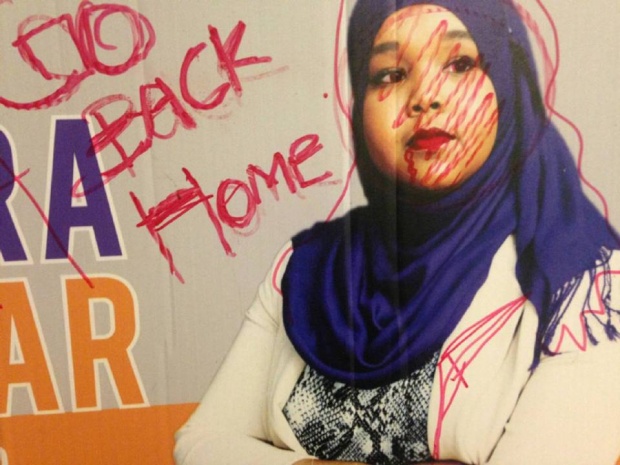 The report is the result of one and half year of research and dialogue in the eight countries bringing to light the very specific – and horrific – experiences of discrimination and hate crime affecting Muslim women. In both employment discrimination and hate crime, the headscarf (or other garments such as long skirts) acts as a trigger, because it is perceived as a visible marker of Muslim and woman identity.

It finds that Muslim women are subject to three types of penalties in employment: gender penalties, ethnic penalties and religious penalties. Discrimination in the labour market is often related to perceptions of ‘Muslimness’, and especially the clothing of Muslim women. For example, in the United Kingdom, 12.5% of Pakistani women are asked about marriage and family aspirations in job interviews whereas 3.3% of white women are asked such a question, i.e. nearly four times more. The headscarf is an additional obstacle in finding and keeping a job. In Germany for instance, 18% of the companies invited applicants with German sounding names to an interview, while only 13 % invited applicants with Turkish sounding names. For applications from Muslim women with a headscarf in the CV photo, only 3 % of the companies invited them to an interview.

When it comes to hate crime and speech, in most countries, Muslim women are more likely to be victims than Muslim men, especially if they wear a headscarf. For example, in the Netherlands, over 90% of the victims of Islamophobic incidents reported to the organisation Meld Islamofobie in 2015 were Muslim women. In France, 81.5% of Islamophobic violence recorded by the Collective Against Islamophobia in France in 2014 targeted women, most of them wearing a visible religious symbol. Tell MAMA in the UK reports that 54% of the off-line victims of threats and verbal abuses were women. Verbal and physical violence often mix, as well as racist and sexist insults or gestures, and incidents mainly occur in public spaces.

The report also shows that prejudices and stereotypical representations about Muslim women are spread by media and public discourse, including some politicians. It results in denying the diversity of Muslim women. This negative attention to Muslim women in media and political discourse also contributes to creating a fertile ground for discriminatory practices and violence on the ground and creates structural inequalities.

We now hope these findings will spur decision and policy makers at national and European levels into action. The European Union can’t afford to exclude and forget about Muslim women if it stands up for gender equality and the fight against racism. The multiple discrimination and intersectional discrimination they face must be addressed in laws and policies, acknowledging the combined effects of discrimination on the grounds of gender, ethnicity and religion, among others. EU and national laws protecting against discrimination in the labour market and hate crime must also effectively protect Muslim women.

In addition, this project has achieved something equally important: it has initiated a dialogue between the anti-racism and feminist movements and has encouraged partnerships between the two. We therefore also hope that it will mark the start of fruitful future collaborations to eradicate discrimination and racism for all women.

Sarah Isal is the Chair of the European Network Against Racism since 2013. She was previously Deputy Director at the Runnymede Trust, the UK’s leading independent race equality think tank. She ran Runnymede’s European and international programme, including coordinating the UK Race & Europe Network – a network of UK based non-governmental organisations interested in European race equality policies. Sarah has led Runnymede’s criminal justice work and written reports including Equal Respect: ASBOs and race equality and Preventing Racist Violence; Work with Potential Perpetrators: Learning from Practice to Policy Change.