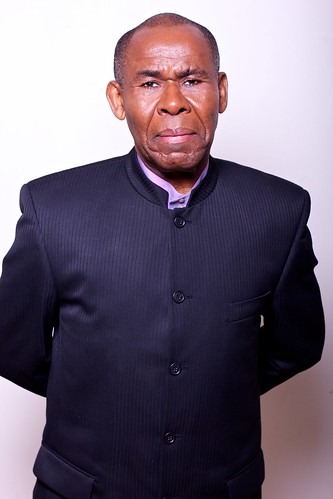 Anyone reading the recent ‘Civitas’ publication Race and Faith: The Deafening Silence by Trevor Phillips (with commentaries from David Goodhart and Jon Gower Davies) who knew nothing about Phillips, could be forgiven for assuming that he was a protégé of or speech writer for Donald Trump, or at least a spokesman for UKIP. His credentials as given in the profile of authors are indeed impressive: writer and television producer, chair of Green Park Diversity Analytics, deputy chair of the board of the National Equality Standard, founding chair of the Equality and Human Rights Commission, president of the John Lewis Partnership Council, the chair of the Workers’ Educational Association, a Fellow of the Migration Policy Institute (Washington DC) and of Imperial College London, co-author (with Mike Phillips) of Windrush: The Irresistible Rise of Multiracial Britain.

Without those credentials, however, especially his association with the Equality and Human Rights Commission and before that with the Commission for Racial Equality, it is doubtful to say the least that Phillips would have been regarded, especially by the British media, as having the authority to say and write the dangerous guff that he does.  But, those credentials place upon him a far greater responsibility to be accurate, intelligent and not indulge in febrile diatribes against Muslims and against multiculturalism.

The title of his essay is Race and Faith: the Deafening Silence, but he displays a lamentably poor understanding of race in Britain historically, of the interface between British society and its migrants from former British colonies whose ethnicity is not white British since the Second World War, of migration and settlement of populations, of the impact of British colonialism on ‘Faith’ and the practice of religion in post-war Britain, and especially of Islam generally and in Britain and Europe specifically.

I have lived in Britain since 1964, having come here as a student of theology and a trainee Roman Catholic priest.  I studied comparative religion and I know a great deal about Christianity, race and religious Christian fundamentalism, especially among Roman Catholics.  I was active in the Ecumenical movement that sought to tackle such fundamentalism and acknowledge that Jesus the Christ was laughing out loudly at the stupidity and arrogance of those who sought to imprison Mother, Father, Spirit God within their own man-made structures and belief systems.

So, although Phillips purports to address the intersection of Faith and Race, his exclusive focus is on Muslims.  He says nothing, for example, about racism in the structures and practices of established Christian churches that is arguably more sophisticated and benign today but that led in previous decades to the establishment and exponential growth of Black-led churches whose members were once Anglicans, Catholics, Methodists, Baptists, etc.  He says nothing about the fact that in many urban areas, the membership of those established churches, including Seventh Day Adventists is 100% African, even though the resident minister is invariably white.

As Chair of the Commission for Racial Equality and later the Equality and Human Rights Commission, Phillips had overall charge of the work of both those watchdog bodies in Northern Ireland.  One would therefore expect him to have some knowledge of the complexity of the relationship between religious fundamentalism and extremism in that context and about the fact that to see ‘The Troubles’, 100 years after 1916, simply as a function of religious beliefs would be to misunderstand that history totally. Phillips has to explain, therefore, why in examining the issue of race and religion/belief in today’s Britain, he argues as though Muslims are the only faith group in Britain whose ethnicity places them in potential conflict with what he calls ‘our fundamental values’, values which presumably Muslims as an undifferentiated group, united in a common belief system, massed together and segregated by choice do not share. Britain is not a racist nation. But it is a society with a deep sensitivity to the dangers posed by ethnic and cultural difference. So touchy have we British become that we even find speaking of these topics difficult.

As in his diatribe against multiculturalism, Phillips argues as though white Britain is and always was mono-ethnic and mono-cultural, with a homogeneity characterised by consensual values and ambitions that are contested and put under strain only by ‘ethnocultural groups who do not share their outlook..’.

‘confronting an inconvenient truth: that some minority groups hold very different values and ambitions than those commonly held amongst the dominant majority; that those values and ambitions are even further away from liberal ideals than the average; and that because they are sincerely held by those groups, they aren’t going to change any time soon…

Increasingly, the world-views of very different social identity groupings are colliding. Incompatible attitudes to sex, religion, belief and the rule of law are producing frictions for which the tried and trusted social lubricants seem just too thin’.

Consequently, he argues, those ethnocultural groups are incapable of integrating in ‘a country used to stability and gradual change’ but where ‘the frictions being generated by our increasing diversity threaten our historic tranquillity’. He had no need to have read, for example, E P Thompson’s ‘The Making of the English Working Class’ to know that Britain was multicultural long before post-1945 migration from the former colonies, or that ‘the dominant majority’ was always differentiated and diverse and never held ‘common values and ambitions’. Phillips argues as though class has never been a dominant structural factor shaping social and economic relations in the society and as such the source of major conflict between social groupings who share whiteness and Britishness in common

He attributes the ‘deafening silence’ to the reaction to Enoch Powell’s 1968 ‘Rivers of Blood’ speech, while himself parodying Powell:

We maintain a polite silence masked by noisily debated public fictions such as ‘multiculturalism’ and ‘community cohesion’. Rome may not yet be in flames, but I think I can smell the smouldering whilst we hum to the music of liberal self-delusion….

In Enoch Powell’s 1968 speech, he too summoned up echoes of Rome with his reference to Virgil’s dire premonition of the River Tiber ‘foaming with much blood’. (That speech) effectively put an end to Powell’s career as an influential leader. Everyone in British public life learnt the lesson: adopt any strategy possible to avoid saying anything about race, ethnicity (and latterly religion and belief) that is not anodyne and platitudinous. Of course, denial comes in several disguises’.

But, what is arguably Phillips’ most dangerous caricature of Muslims is his depiction of them as a collective threat to the society and its history of successfully integrating ethnocultural groups, while having no other impact on the development of Britain and its political, economic and cultural life.  Having isolated them as ‘other’ in pretty much every sense, he fails to acknowledge their role in labour struggles, in reforming trade unionism, in combating racism and halting the rise of the Far Right, in defence of communities against racist attacks and racist murders, in advancing feminism, in the struggle for quality education and against the hegemony of whiteness and eurocentrism in curriculum and pedagogy, in the advancement and decolonising of the arts in Britain, in struggling against the very forms of violent extremism to which Phillips assumes all devout Muslims subscribe.

In other words, Phillips would have us believe that the only identity Muslims in Britain have is that of irredeemable jihadists or potential jihadists who have no interest whatsoever in building a society with the hallmark of equity and justice, where every child, every woman, every young person and every elder could feel safe and valued and would not face discrimination on account of their faith, gender or ethnicity.  He shows no regard for the many Muslim teachers in mainstream schools who diligently guide students of any ethnicity to embrace the responsibility of building such a society, or for the thousands of doctors, nurses and other medical staff who discharge their commitment to save lives, relieve suffering and promote health and wellbeing.  He places Muslim youth, born and bred in Britain, outside the struggles of youth for quality education at school and university, equal employment opportunity, fair and just treatment by the police and other agencies of the state and the right to self expression in any number of media.

That, I would suggest, is the lived experience of most Muslims and how they see and have always seen themselves as an integral part of British society, a society which they help to mould and which in turn moulds them for better or for worse.

They and their parents’ and grandparents’ generation did not simply sit back waiting to be accepted or ostracised in British society.  The society found it convenient in the 1970s and 1980s to view young Asians, Muslims and otherwise, as conformist, law abiding, sharing the traditional values and customs of their elders and generally not as rebellious and badly parented as ‘those West Indians’ who were felt then to pose the greatest threat to ‘law and order’.  That was until the Bradford Twelve and the growth of the Asian Youth Movement with their uncompromising rallying cry: ‘‘Come what may, we’re here to stay. Here to stay and here to fight’.”

In the last 50 years, Muslims in Britain, like migrants from the Caribbean and the African continent, have built their social, educational and cultural institutions, fought for racial and social justice, civil liberties and human rights, contributed immeasurably to the British economy and made Britain home to their children and their children’s children.  The future of the society belongs as much to them as to anybody else.  If Britain fails them or, like Phillips, keep them othered and demonised, it will have a helluvah job saving the rest of itself.

Before Phillips’ indulges his spurious notion of ‘active integration’, built upon a foundation of fear and Islamophobic prejudice as it clearly is, he will do well to review his warped understanding of British society as it is now, Muslims and all, and stop imposing a false identity on the entire Muslim population on the basis of the conduct and predispositions of certain sections of it.  Against the background of decades of racist attacks and racist murders perpetrated against Muslims from the Indian subcontinent and elsewhere, as against Asians of other faiths, Phillips has a moral and a legal obligation to consider the potential impact of his outrageous demonization of Muslims upon those who see it as their civic duty to rid the society of them. It is both naïve and irresponsible of him to suggest that because the British National Party has not sustained its electoral gains, the Far Right are a spent force in British politics and in the lived experience of ordinary people in communities up and down the country. The relentless harassment of Asian, Roma and refugee and asylum seeking families by ‘Britain First’ in South Yorkshire and by the English Defence League in various parts of England should give neither him nor anyone else the slightest cause for complacency.

Phillips argues that the ‘denial’ which in his view constitutes ‘the deafening silence’ in his words ‘comes in several guises’.  I would suggest that so too does incitement to racial and religious hatred which too often translates into hate crimes.

Professor Gus John was born in Grenada, Eastern Caribbean in 1945 and has lived in the UK since 1964.

He is an associate professor of education and honorary fellow of the Institute of Education, University of London, and Director of Gus John Consultancy Limited.

He has worked internationally as an executive coach and a management and social investment consultant since the 1990s.

He is an educationalist with a deep commitment to life long learning and a social analyst specialising in social audits, change management, policy formulation and review, and programme evaluation and development.

He became the first African Director of Education and Leisure Services in Britain in 1989.