Speaker’s Corner: Prof Tahir Abbas “What Too Many Believe About Muslims But Shouldn’t”

Home/Uncategorized/Speaker’s Corner: Prof Tahir Abbas “What Too Many Believe About Muslims But Shouldn’t”

Speaker’s Corner: Prof Tahir Abbas “What Too Many Believe About Muslims But Shouldn’t”

What Too Many Believe About Muslims But Shouldn’t 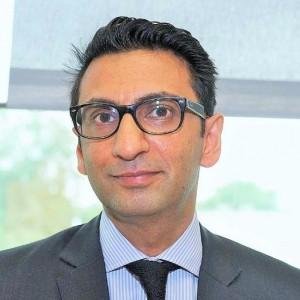 Former race warrior Trevor Phillips is a man who rarely shies away from outspoken commentary. In recent years, his post-equalities career has seen him back in the media, where he originally made his name at London Weekend Television in the 1980s. Phillips has presently turned his attention to British Muslims, and he asks all sorts of questions regarding integration, loyalty and identity in a programme shown on Channel 4 on 13 April 2016. These questions are important in a climate of fear and misunderstanding, but has Phillips answered them or merely enflamed the fires of hate and bigotry?
In a Sunday Times piece, published on 10 April, Phillips writes that his ideas are based on the ‘most detailed and comprehensive survey of British Muslim opinion yet’. This is an overstatement to say the least. Opinion data based on random sampling in areas with sizeable minority populations is highly skewed among those with greater poverty and disadvantage indicators, even when collected through face-to-face methods. In this case, a survey carried out in areas with Muslim population proportions greater than 20 per cent misrepresents British Muslims as a whole (it only speaks to around half of all British Muslims). This over-claiming does not stop here. Phillips’ assertion that he commissioned the original Runnymede Trust Islamophobia report in 1995 is grossly inaccurate. In fact, Robin Richardson thrust it forward, not Phillips. 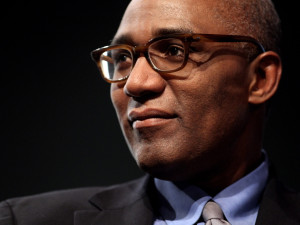 Many of the reported findings uncover ‘revelations’ often consistently reported in other surveys. For example, a generally accepted view is that British Muslims feel they are part of society. That they value the freedoms and protections that it affords them. Phillips focuses on the relatively higher within-group marriage rates for Muslim groups, leading him to draw all sorts of implications from the impacts on school demographics, to the consequences for social cohesion. In 2001, the Census first started to collect data on the British population based on (self-ascribed) religious categories. Analysis carried out by Ceri Peach suggested that a within-group marriage dynamic exists among some South Asian Muslims, but that over time, as opportunities for integration and participation improve, groups would marry out at greater rates. At some level, relationships and marriage between majority and minority groups is the truest indicator of integration, but in this case, there are additional factors to take into consideration. Lack of confidence in the institutions of society combined with a desire to uphold particular cultural characteristics prevents groups from marrying outside of the group, particularly among Bangladeshis and Pakistanis. For Indian Muslim groups, there are far higher rates of out-group marriage. Poorer, marginalised and isolated Muslim communities are less likely to marry out compared with their aspirational but also successful middle-class South Asian Muslim counterparts.
By interpreting the existence of local area geographical concentrations as confirmation of ‘sleepwalking into segregation’, the key message of a speech that Phillips made days after the events of 7/7 in 2005, he asserts that because Muslim communities do not wish to integrate into society there are risks to national security. He draws spurious links between supposedly cultural preferences and violent radical extremism in 2016. The reality is that segregation is not a choice, but the result of a lack of choice based on social immobility, disadvantage, and direct and indirect racism that has manifested itself generation upon generation. This is especially so in parts of towns and cities experiencing severe economic decline and transformation in the light of deindustrialisation and globalisation. To emphasise ‘community cohesion’, which was a particular bother for Ted Cantle for over a decade, is questionable. The concept, now thoroughly debunked, fixated on community characteristics, taking attention away from structural disadvantage. By Phillips alluding to this discredited cultural values thesis, there is a play into a neoliberal agenda that wholeheartedly ignores the wider workings of society. Entering into this hotchpotch of selective topics is the role of men and women. Qur’anic proclamations cannot be read prima facie, but not for Phillips. That some respondents agree Muslim women should ‘obey’ Muslim men is indicative of nothing more than a certain social conservativism. It does not suggest religious extremism. Isolated interviews with respondents do not reflect the huge range of religious perspectives within a broad community. Indeed, attitudes towards homosexuality among Muslims do not digress from those of other Abrahamic faiths. That a few Muslims would rather not integrate into society or take part in its development is consistent with some other members of wider British society. There are Orthodox Jewish communities in parts of Muswell Hill in North London who exhibit barely any intentions towards integration.
Liberalism is not under attack from Islam and Muslims in British society, rather there are internal divisions within liberalism, which bring to the fore anxieties over differences in society, and how to manage them. These disquiets also point to questions of Europeanisation and immigration. The problems facing liberalism also relate to questions of the role of religion in society, in communities and within the family. Isolated instances of ethnic and religious minority groups who are seemingly at odds with majority society cannot defeat a confident liberalism. To regard it as a possibility is mere obfuscation. Few would agree that there is a great deal to do in order to integrate British Muslims. However, these are socio-economic issues in the main. The political and cultural usually follow once communities have a strong foundation. In reality, where there are problems of Muslims who do not wish to be part of wider society, we are dealing with isolated cases in specific local area contexts that are a function of local realities. As such, these concerns are situational. It is impossible to compare communities in the Midlands and the North with London or the South East. There is a tremendous multiplicity of opinions, attitudes and behaviours, as well as ethnicity, religious diversity and cultural adaptation to take into consideration. Inferring social trends from methodologically flawed data is tantamount to sensationalist gross generalisations for ideological purposes.

Phillips alludes to the importance of absorbing minorities of Muslim backgrounds into a society that, over the years, has always managed to do so for other groups. There are numerous examples in the twentieth-century alone. One can look to Jews, African-Caribbeans and South Asians. Presently, there are new groups who have made Britain their home, as the EU expands and as Britain provides a home to those fleeing persecution in their countries of birth. However, the job is not one for Muslims alone. It requires society as a whole to come clean about what the problems are. Integration is a two-way process, but we live in a climate where suspicion, fear and a great deal of menace cloud all things Islam and Muslim. This is the legacy of a post-Cold War post-9/11 ‘war on terror culture’, one in which Muslims the world over find themselves. In spite of all the efforts British Muslims make to integrate, whether it is through education, business and in wider society as professionals, activists, artists and creative citizens, questions continue to be asked. Britain has managed to integrate various minorities over time, but it has always had a dominant ‘other’ on which to project its deepest fears about itself.
Incontrovertibly, the story of integration of minorities in Britain is less straightforward. The Jews did not have a simple ride towards integration in the early periods of twentieth-century. Far from it. From the 1950s onwards, Irish and African-Caribbean groups experienced extensive racialisation, marginalisation and exclusion. The expectation was that South Asian migrant workers who came in the 1950s and 1960s would return once their jobs disappeared, but they settled and made Britain their home. Yet, in the 1970s, ‘Paki bashing’ was almost a sport. The Anti Paki League marched in streets containing visible South Asian communities, looking for street fights, leaving behind damaged property in their wake. There has always been a Far Right in the body politic of British society. The Far Right today continues to rear its ugly head in various guises, but populist anti-immigrant anti-Muslim anti-‘other’ sentiment is also rife among various segments of British classed society. The age of globalisation, the fracturing of national identities and social divisions created by late capitalism are the main concerns that should be on all of our minds. 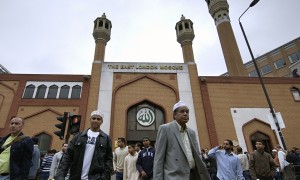 In the final analysis, no other group in society has had so much attention paid to it in recent years. We know everything about Muslims in Europe. Where they live, what they watch on television, what they wear, what they eat, whom they meet with, what they believe in, which parties they vote for, and what their attitudes are with respects to an assortment of social, cultural, political and religious questions, and so on. Such ‘ground-breaking insights’ as the ones presented by Phillips in this regard are thus extremely limited. This ICM poll does little to add to our existing knowledge. Rather, it enhances existing prejudices through a lack of detailed understanding of social science or political context, combined with poor analysis and essentialism. Phillips’ conclusions ring alarm bells that too many people already possess, all of which based on fear and misunderstanding of Muslims that characterise their increasingly distorted perspectives. 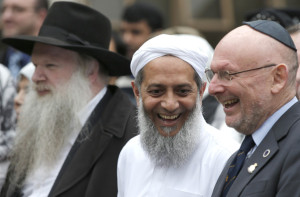 This dread also sells newspapers. This is not to say that Phillips’ contribution simply adds to the Islamophobia industry. But what I would say is that it does not help to unpack or debunk it. The sentiments expressed in his analysis suggest a set of biases and prejudices that have, sadly, become ingrained in liberal thinking in recent years; exaggerated, inflated, ideologically loaded, methodologically defunct and entirely unhelpful.