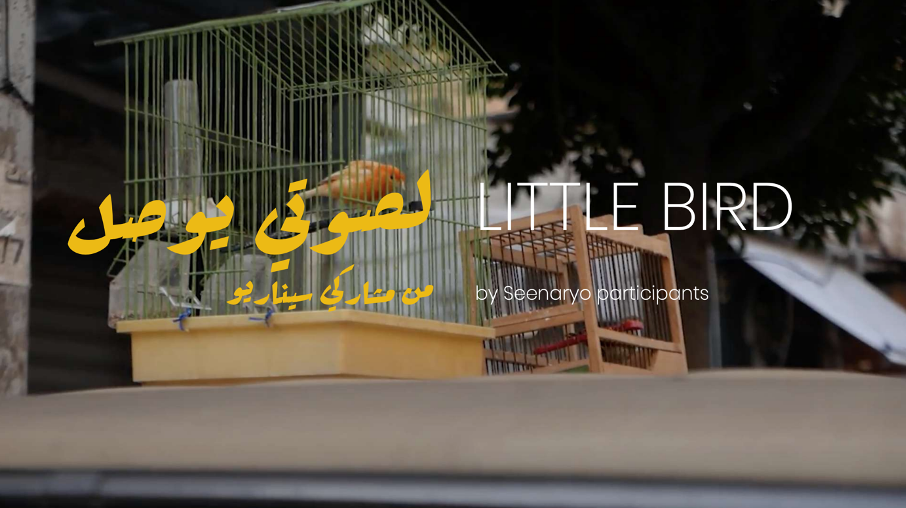 Seenaryo is a leading regional specialist, working in Jordan and Lebanon, in performing arts interventions and participatory education with refugees and marginalised communities. Their mission is to enable all people in the Arab region to think critically, collaborate, and become resilient as individuals and in their communities.

Normally, Seenaryo hosts 3 different theatre programmes (one for children, one for youth and one for women) and 5 children’s choirs in Lebanon and Jordan. In the theatre programmes, a group of between 8 and 20 participants comes together over a series of up to 15 workshops. Under guidance of Seenaryo facilitators, the group develops a script that turns into a full production and final show. In the children’s choirs, the children are taught a diverse repertoire of songs in multiple languages and have at least 2 concerts a year.

During the lockdown, these regular projects were put on hold. Thus, the people at Seenaryo found an alternative way of bringing the groups together by producing a lockdown music video titled ‘Little Bird’. Little Bird is the result of the work of 150 Seenaryo beneficiaries across Lebanon and Jordan, from their theatre and choir programmes. The participants in the video are from many different nationalities and regions and include children, youth and women from refugee backgrounds, as well as local communities.

The video has been completely made from a distance, in lockdown, and took almost 4 months to complete. The Seenaryo theatre and choir groups met via Zoom, to collaboratively write lyrics about their experiences during the lockdown, which were later finetuned over WhatsApp. Seenaryo subsequently composed and produced an original backing track, based on the written lyrics. Participants then recorded and shared the vocals on their phones and reconvened via Zoom, to generate ideas for the choreography of the video. Once the lockdown restrictions were eased, Seenaryo team members filmed the participants for the music video, in an appropriate, socially distanced manner. 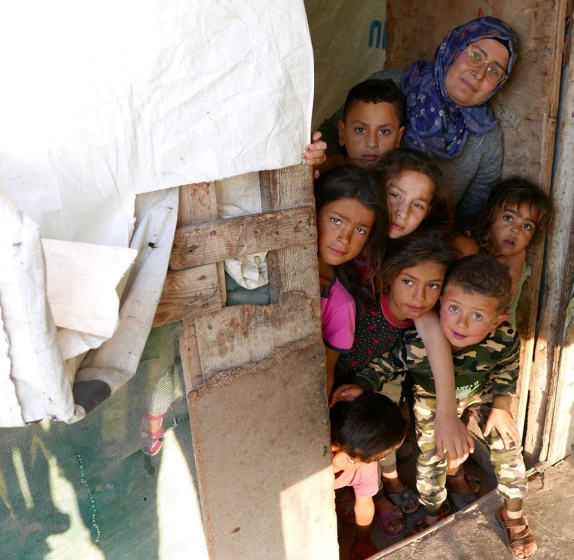 Victoria Lupton, Co-Director at Seenaryo, elaborates more on the aim and background of the project:

“Little Bird” is a lockdown music video created by over 150 people in Lebanon and Jordan. It was almost 4 months in the making. From the start of lockdown, the Seenaryo team began reaching out to our different theatre and choir groups and inviting them to write lyrics collectively. Seenaryo works with marginalized communities in Lebanon and Jordan from all different nationalities. We had about 7 different theatre groups – including children, youth and women – writing lyrics, all of which took this strange period of international lockdown and isolation and economic collapse in Lebanon as a starting point. Our theatre groups have been creating theatre with Seenaryo for years. Seenaryo’s approach to theatre is participatory and devised, which means that the participants themselves come up with the plot, and write the script often through improvisation. So our participants are used to coming up with words to express themselves and articulate a particular situation.

Then Oscar Wood, my Co-Director in the Seenaryo team, wrote a tune and produced a backing track for the song; and Syrian singer Maria Hassan recorded herself singing the song to the backing track, again all from isolation. We sent the track to all our participants and trained them to sing into their mobile phones while recording. Then we put together all the voices into the final track so it sounds like everybody is singing together. A group of participants created a choreography. And finally, when lockdown eased a little I travelled around Lebanon with my colleague Lama filming our beneficiaries, and our colleagues in Jordan did the same thing.

This project was a way for Seenaryo’s participants to keep creating, performing and having their voices heard, even from the depths of isolation. Through our theatre productions and choirs, Seenaryo aims to build skills – whether creative skills or core life skills such as physical, social or emotional skills – and to build up people’s wellbeing. This project allowed participants to develop their creative writing skills, and their music and dancing skills. But most importantly, the multiple crises that we’re currently facing in Lebanon have affected the most marginalised people – including refugees and poor local communities – hardest. People’s mental health has suffered hugely. Our participants have told us that creating this music video and having it watched by tens of thousands of people has brought joy in very dark times. Hasna is a participant in our Women’s Theatre programme and her children are Seenaryo Children’s Theatre participants. They were all part of creating “Little Bird” and Hasna said: “you’re bringing happiness to our children’s hearts, in spite of the lockdown and all the other difficulties we’re living through”.”

What was it like for the participants to work on the video?

According to Samer, one of the participants: “It was strange because it was lockdown, so it was hard for us to feel ourselves to be together as a team. This project made me feel that we have the power to do something – it’s easy to feel that everything’s finished, we’re sitting at home and not doing anything. But that’s not the case, I can still enjoy making something with other people. It was fun! It was my first time doing anything like this. Which was exciting, I’d love to do something like this again. The best part was the dance, because Lama and Victoria came to my place and they filmed me dancing on the rooftop. I feel like your rooftop is your place, my home, and I felt like I could express and let out whatever I was feeling. I haven’t been feeling good but at that moment I was able to try to express what’s inside me, and I felt really happy in that moment. I felt that the whole group was with me, present, and that I was dancing for them, for me, for everyone. Those feelings were amazing.”

Participant Jihan reiterates the sense of power to do something and the positive feelings associated with the project: “Through this project I was able to have my voice reach many people, despite these difficult circumstances in which I haven’t been able to go out or participate in anything. Life has stopped for me, my participation in many things has stopped, many things I enjoy. This project has shown me that I shouldn’t stop. The best bit was when Victoria and Lama came to film the section I’m involved in – especially because it’s so difficult for people to meet in these times. This is the first time I’ve participated in a video. It was all lovely though: learning the song, recording my voice and sending it, participating over Zoom, being filmed live… It was great, every part was new and these will be lovely memories.” 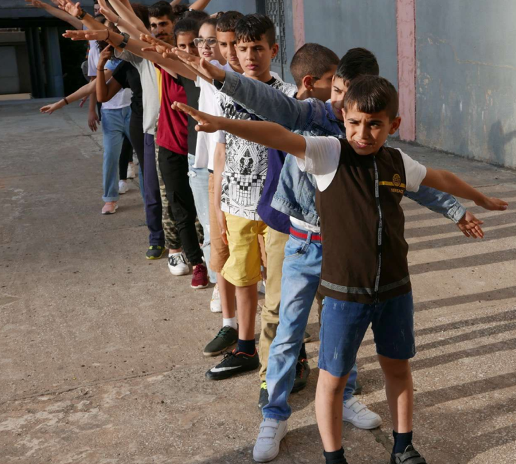 The quote that was used in the video, embodies the message of Seenaryo and their lockdown video. In Co-Director Victoria’s words:

“As Bertolt Brecht said in the quote we used to accompany this video:

We really hope that “Little Bird” will continue to be shared widely as it means so much to the participants that their voices are being heard in all corners of the globe.”