Guest Blog: Behind the Scenes of Award-Winning Film Life on the Move

Home/Uncategorized/Guest Blog: Behind the Scenes of Award-Winning Film Life on the Move

Guest Blog: Behind the Scenes of Award-Winning Film Life on the Move

Life on the Move was initially the idea of the London International Development Centre Migration Leadership Team (MLT). I was approached to make a film about mixed migration around the Horn of Africa with PositiveNegatives, a research and production organisation known for its comics, animations and podcasts about contemporary social and humanitarian issues.

The challenge was to explore the reasons for migration in a fresh and engaging way. One of the central aims was to show how the word “migrant” encompasses a wide range of people with very different life experiences and motives. Some move voluntarily, in search of opportunity, or for love, or to study – while others are forced to flee from conflict or extreme poverty. Often people move for a combination of these reasons.

We also wanted to convey the fact that migration can be a positive experience, not only a traumatic or problematic one, and have tried to show a holistic view. The team particularly like the story in the film of the woman who travelled from Yemen to Somaliland for work, and found a job in the coffee shop where she met her husband. “He came in for an americano and left with my heart,” she says.

The film draws on powerful interviews conducted by Benjamin Dix and Poppy Ogier from PositiveNegatives, who spoke to 12 people in Hargeisa, Somaliland, with direct experience of migration. While we wanted viewers to connect with these stories on a personal level, anonymity was essential. This ruled out live action, so we settled on animation that would also represent the mind’s eye and visually communicate research and impact in exciting ways.

As well as protecting identities, animation allowed us to reinforce messages in ways that were more inventive and surprising, free from live action and what the physical eye can see in reality.

The end sequence, for example, shows hundreds of people moving over a map of the world to demonstrate global migration. In another scene, guns burst through maps to illustrate how war tears countries and communities apart, causing displacement.

After lots of experimenting to find an appropriate style, we decided to use stop motion to animate miniature 3D figures, that I proposed to represent our narrators and their journeys. I collaborated with artist Andrew McDowall for his expertise, and he created 3D scans of second-generation migrants from the Horn of Africa living in London. These were then transformed into accurate, digitally printed models. 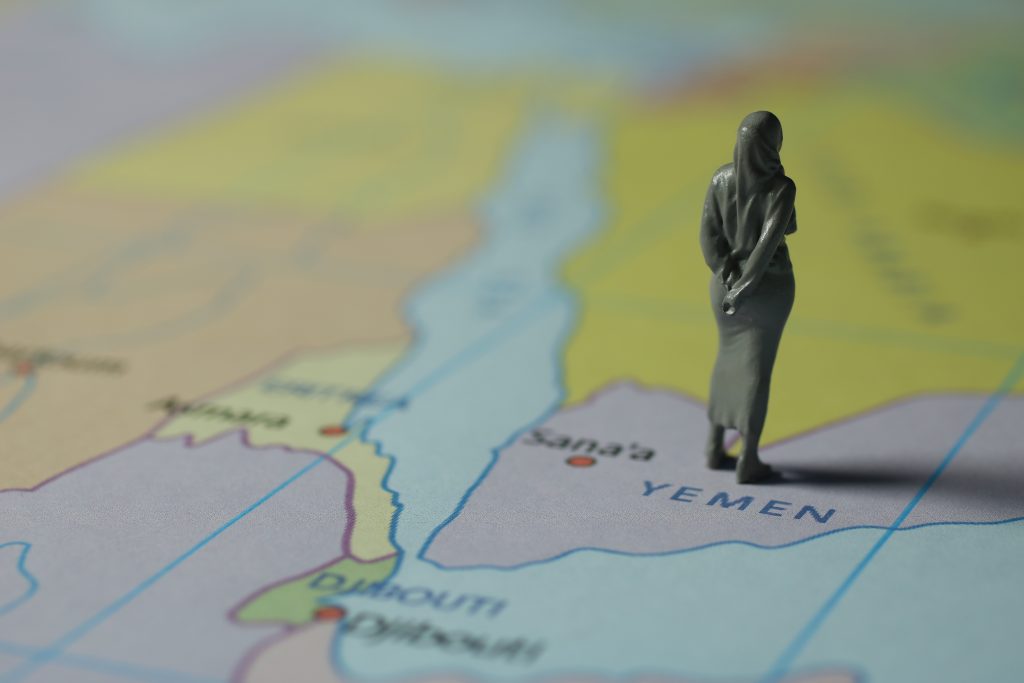 As part of the process of finding a solution, I created animation tests and over 2,000 photographic “style frames” to give an artist’s impression of what the finished film would look like. This is an experimental research method that I use to find a distinct visual language for each of my films. Whether hand-drawn, computer-generated, stop motion or a mixed collage of techniques, the “style frames” turn the images in my mind into physical examples for the whole team to see.

Collaboration is always important to me and this approach demonstrated exactly what the film would look and feel like before production began, allowing everyone to connect with the narratives and share new ideas. As a team, we chose the image sequences that best reinforced the film’s core message, and ensured that they shared the same tone and atmosphere, created through specific lighting set-ups and camera angles.

The testimonials were turned into a script, written by Karrie Fransman, which was then read by actors, with my direction and recorded by Rob Szeliga. During this process, it became clear that the film needed more time to bring the four chosen stories to life. The running time almost doubled from the original two-minute script to just under four minutes. This could have been a disaster for the schedule and our tight budget, but we were determined to make it work, so I simplified and stylised the animation. One of the decisions made was to reduce the number of replacement (in-between) animations for characters and we purchased off-the-shelf figurines for some background characters.

While making these small sacrifices, we never lost sight of our aim to make audiences feel an emotional connection to the stories. The project took seven months to make, from the commissioning to the interviews in Hargeisa to the finished film.

We’re thrilled with how Life on the Move has been received: we were awarded ‘Best Social Media Short’ in the prestigious RIFA 2019 (Arts and Humanities Research Council Research in Film Awards), which recognises innovative ways of bringing original research to life. The film has also featured on Shots, Broadcast, and Skwigly.

An earlier version of this article appeared on Broadcast on 11 November 2019.