Guest blog by Miriam Nabarro. Miriam Nabarro is a London based visual artist and scenographer, whose practice is predominately socially and politically engaged. She is Artist in Residence in the Department of Development Studies at SOAS and visiting lecturer in Creativity, Development and Conflict. She is a creative associate with 20 Stories High Theatre Company in Liverpool, a team member for Art Refuge UK, facilitating creative psychosocial programmes alongside Médecins du Monde and Secours Catholique in Calais, and is a commissioned artist for Mothers who Make. 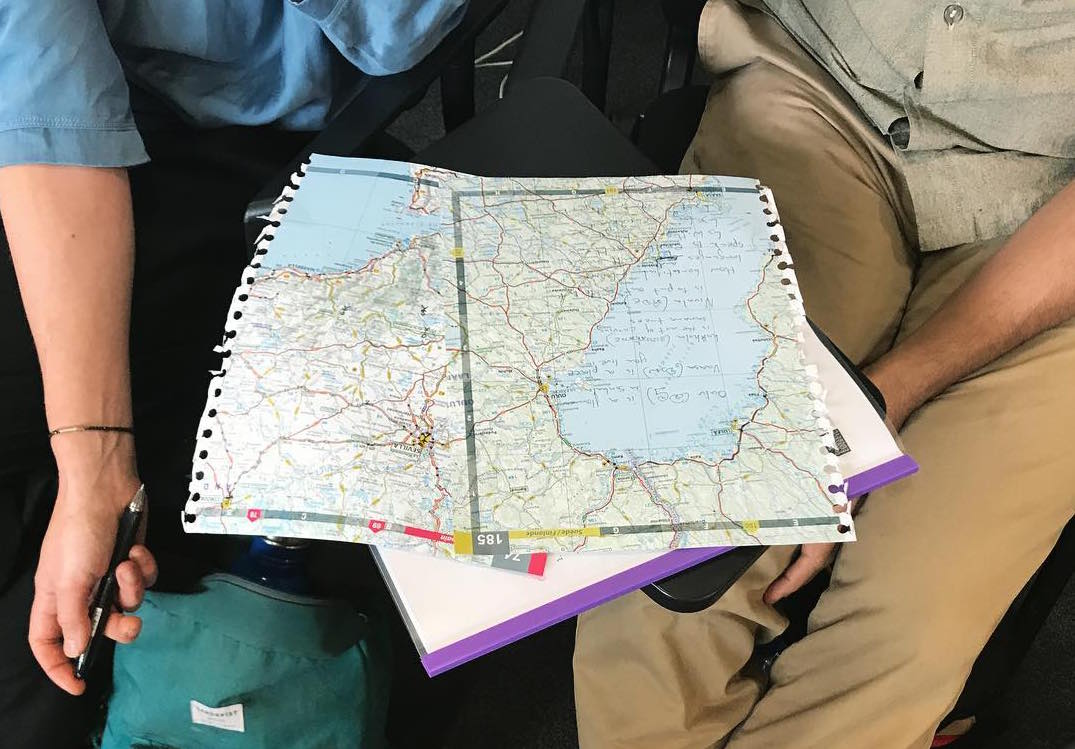 It has been a great privilege to join three of the ongoing conversations with the London International Development Migration Leadership Team in England, Scotland and Lebanon: intense moments of connectivity of sharing of experience, expertise and questions around issues of migration and forced displacement.

In these condensed gatherings, researchers, policymakers, academics and artists engaged in the multiple discourses around migration today. We met, listened, disputed and discussed, and specifically, began to identify together the gaps and spaces in existing research practice. Coming from a multidisciplinary practice that draws on socially engaged contemporary art practice and academic reflection, I was able to engage in these conversations from a practice, grassroots perspective, and from the outside, questioning the potential spaces in which the Arts (drama, dance, visual art, music, digital arts, storytelling among others) can further the breadth and depth of current migration research.

In London, despite having a global focus, the conversations often centred around the so called ‘migrant crisis’ in and around the Mediterranean, the continued issues around the problematic of ‘crisis’ language and the role of the media in constructing partial, generalised and stereotypical narratives around migration. Illuminating case studies came from Art Refuge UK, Pan Arts, Hargessa Book Festival and Positive Negatives, each of whom, in different ways, use the Arts beyond the normative, as forces of cultural change – as challengers to dominant narratives and an inspiring force to provide breathing space amidst the hyperbolic language of disaster and linear change.

The role of museums and cultural institutions in engaging with heritage and memory politics in relation to migration, as Hamza Safouane has explored previously on this blog, was explored, however there seemed to be gaps in discussions around the middle ground: forms of economic migration and class, the impact of Brexit on European migration patterns and the experience of resettlement in rural and regional Britain beyond the metropolis.

Moving beyond the ‘Westminister Bubble’, and mindful that the specifically strong models of co-production of knowledge and cross-disciplinary collaborations in Glasgow were not representative of Scotland as a whole, the Glasgow meeting, held at the Scottish Refugee Council, was an inspiration. The focus on the local, on interdisciplinary practice, on joined-up thinking between councils, lobby groups, policy makers and grass roots organisations and researchers ‘on the margins’, together with a broad range of creative (research) practices, provided many alternative approaches.

Research examples gave space to often unheard voices to explore different and divergent narratives, specifically, the role of arts as agitators and the role of researchers to inform best practice and policy to gain practical impact. Questions about knowledge production, time frames for meaningful research, necessary time for research agendas to develop collaboratively with and from communities sparked conversations about the will among participants to embrace more fluid and creative research processes. Participants demonstrated through a range of examples, some of which are documented in the event report, how these might enable reflection and analysis to become aware of and to respond to profound potentials of ‘serendipity, event and fleeting moments of connection’ beyond pre-determined research agendas.

Interesting conversations around the need to rigorously challenge the assumption that ‘all arts are good’ and to evaluate arts programmes meaningfully whilst recognising the inherent democratising potential of Arts as practice and methodology were supported by case studies from theatre makers, dancers and oral historians around reconstructing untold narratives, examining voice and representation and questioning gaps in both. This also fostered discussion of the power dynamics of the conceptualisation of research itself. 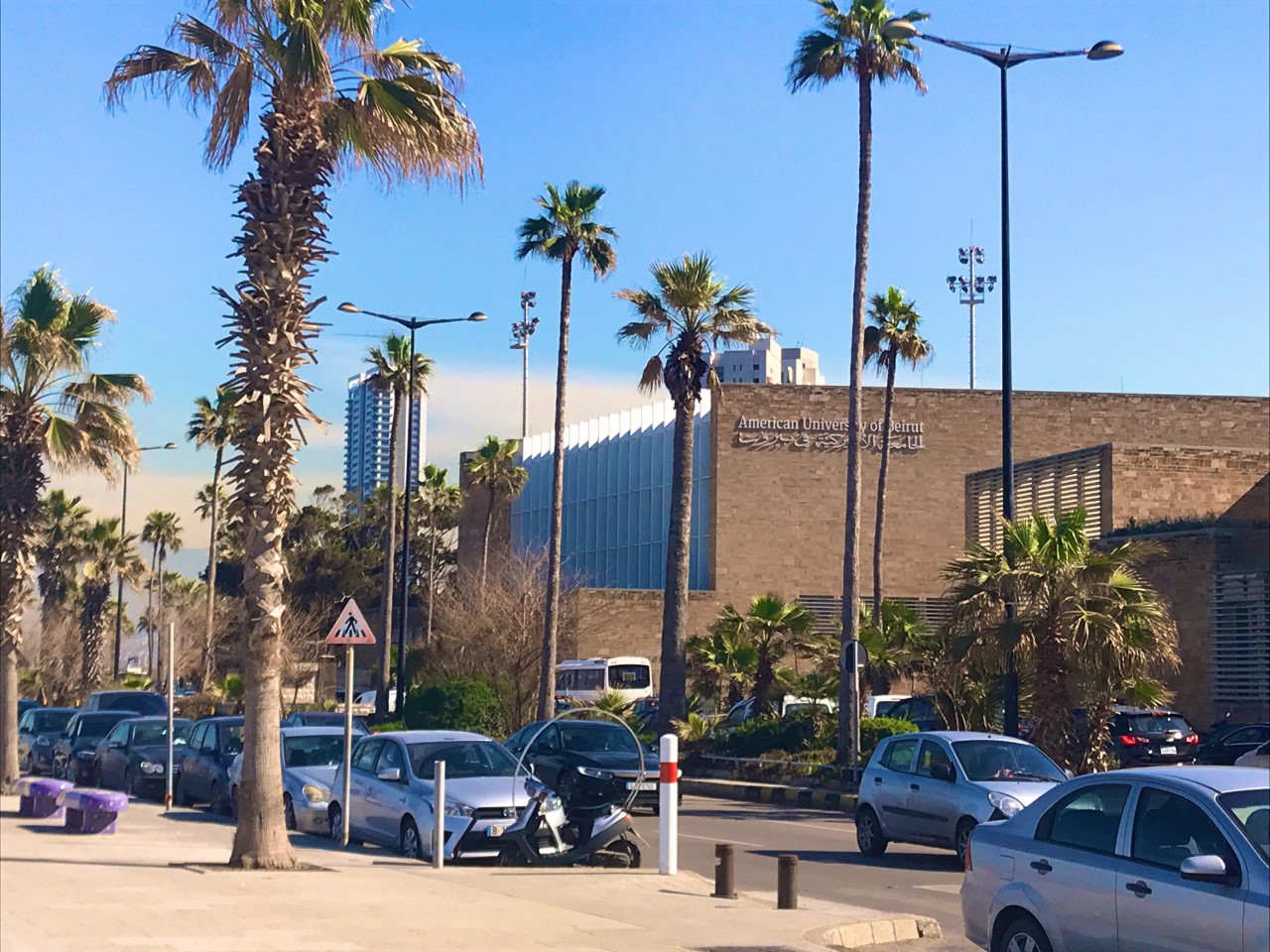 Arriving in Beirut felt like arriving in the heart of the matter. The meeting was all about nuance: the nuance of concepts, of numbers, of identities, of political strategies affecting mobility, migrants and migration research, the nuance of language and translation, the politicisation of place when multiple layers are overlaid, the profound urgent needs of the ongoing emergency in Syria together with the ongoing complexities of prolonged displacement and population movement and borders in the region.

The conversation here reflected the profound need to understand both the specificity of place as well as the impact of globalisation (both conceptual and intellectual) in terms of history and politics on the movement of peoples. This context has produced various conflict related shifts and stresses that require researchers to adapt quickly to different scenarios and demonstrate responsibility in either identifying and clarifying (or sometimes masking) their positions on certain political issues.

Beyond the participation of social scientists, researchers, policy makers and artists: architects, urban planners, social geographers, activists and anthropologists gave longitudinal examples of interconnectivity between disciplines. The Arts were seen to act as powerful agents of change, able to enhance agency, to reveal and question positionality, to lay bare modes of data production and how these travel within and beyond the region.

Meanwhile, participants identified multiple examples where geographies of displacement and mobility and the meaning(s) of places in transit and transformation have been mapped across disciplines and in a range of forms – on textiles, physical maps and in the cyber sphere. Their work showcased the power of Arts and Social Sciences working together the region, and, as Saša Rajšić has explored in a powerful blog reflecting on his involvement in the Migration Conversation event in Thessaloniki, Greece, the many innovative ways that the Arts can engage at a community level to help reconstruct culture and identity in profoundly meaningful ways and help us to ‘become better border crossers’ across a range of fields.

Rich discussions emerged around the role of heritage, memory and history in the construction of identity, strongly shown through examples of The Palestinian Museum, The Creative Memory of the Syrian Revolution, Seenaryo, and multiple projects around the world.

Across all conversations, there were several repeated frustrations: ranging from what gets lost in translation, in language, in research, between disciplines, in the various intersections and interpretations around race, gender, informality as well as cultural assumptions and taboos that need to be highlighted and questioned. There were frustrations around the lack of connectivity within and between the research communities, which on occasion appear to act as silos of expertise with no fora to connect or exchange. This highlighted all the more the need for meetings such as these, and action research to define agendas and gaps together.

The great energy around the potential of the Arts to contribute more centrally within the research agenda, at every stage of the research cycle, beyond normative functionality, and to harness the fundamental potential of the Arts to engage, reveal, connect was shown in many case studies as well as in the dynamism and passion of the conversations. The Arts were repeatedly championed not only for their ability to enable multiple perspectives to exist simultaneously, but also to show nuance and specificity.

There was much to learn, since, as the London and Glasgow events highlighted, the politics of what it means to create art, research and other forms of knowledge around migration is a topic that is only just starting to be discussed in the European context. A forthcoming event hosted by the Migration Leadership Team at Queen Mary’s University of London on April 23, 2019 will pick up on this thread. 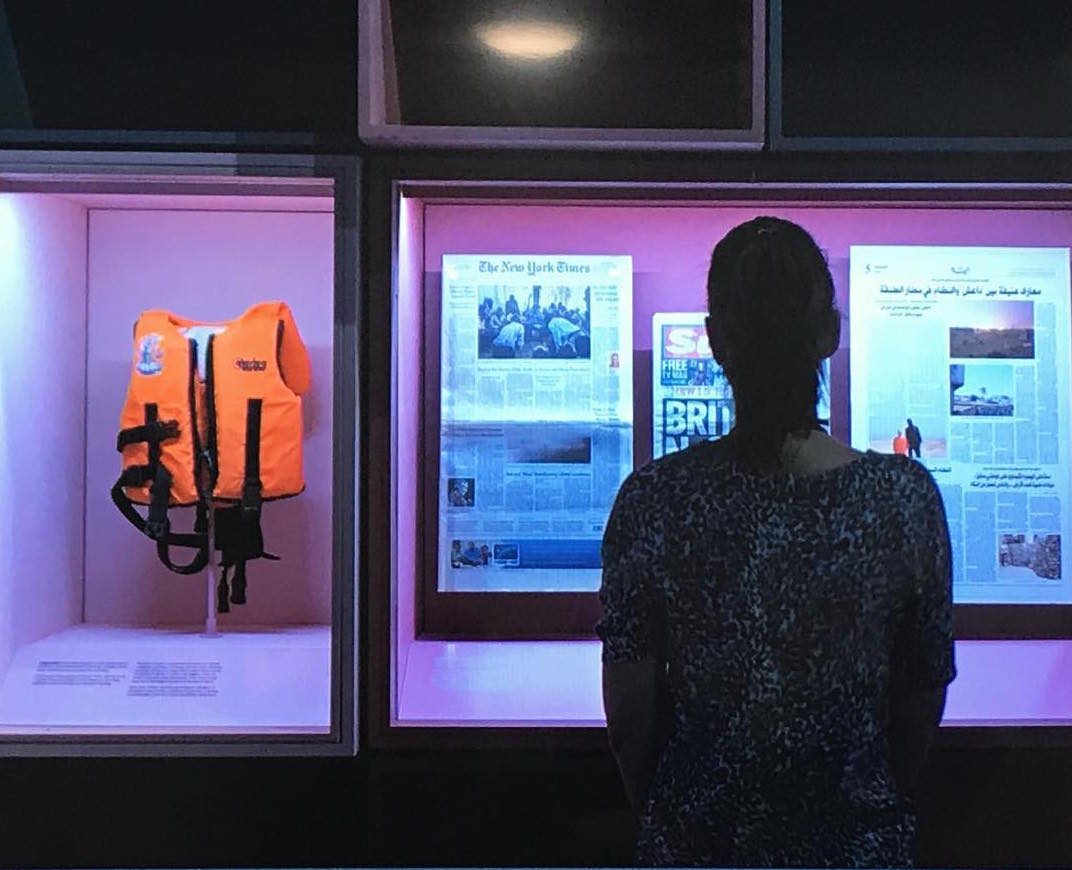