Guest Blog: The Private Sector and Refugee Protection: Beyond the Photo Ops, It’s Time for Checks and Balances

Home/Uncategorized/Guest Blog: The Private Sector and Refugee Protection: Beyond the Photo Ops, It’s Time for Checks and Balances

Guest Blog: The Private Sector and Refugee Protection: Beyond the Photo Ops, It’s Time for Checks and Balances

Guest blog by Suzy Nelson-Pollard. Suzy Nelson-Pollard is a researcher working with the Norwegian Refugee Council based in Panama. She is currently leading a research project on the humanitarian needs of displaced people in the North of Central America, providing bi-monthly situation and response reports to the Regional Protection Group. She has an MA in Refugee Protection and Forced Migration from the Refugee Law Initiative at the University of London, and previously worked as Humanitarian Policy Associate at NRC Geneva. 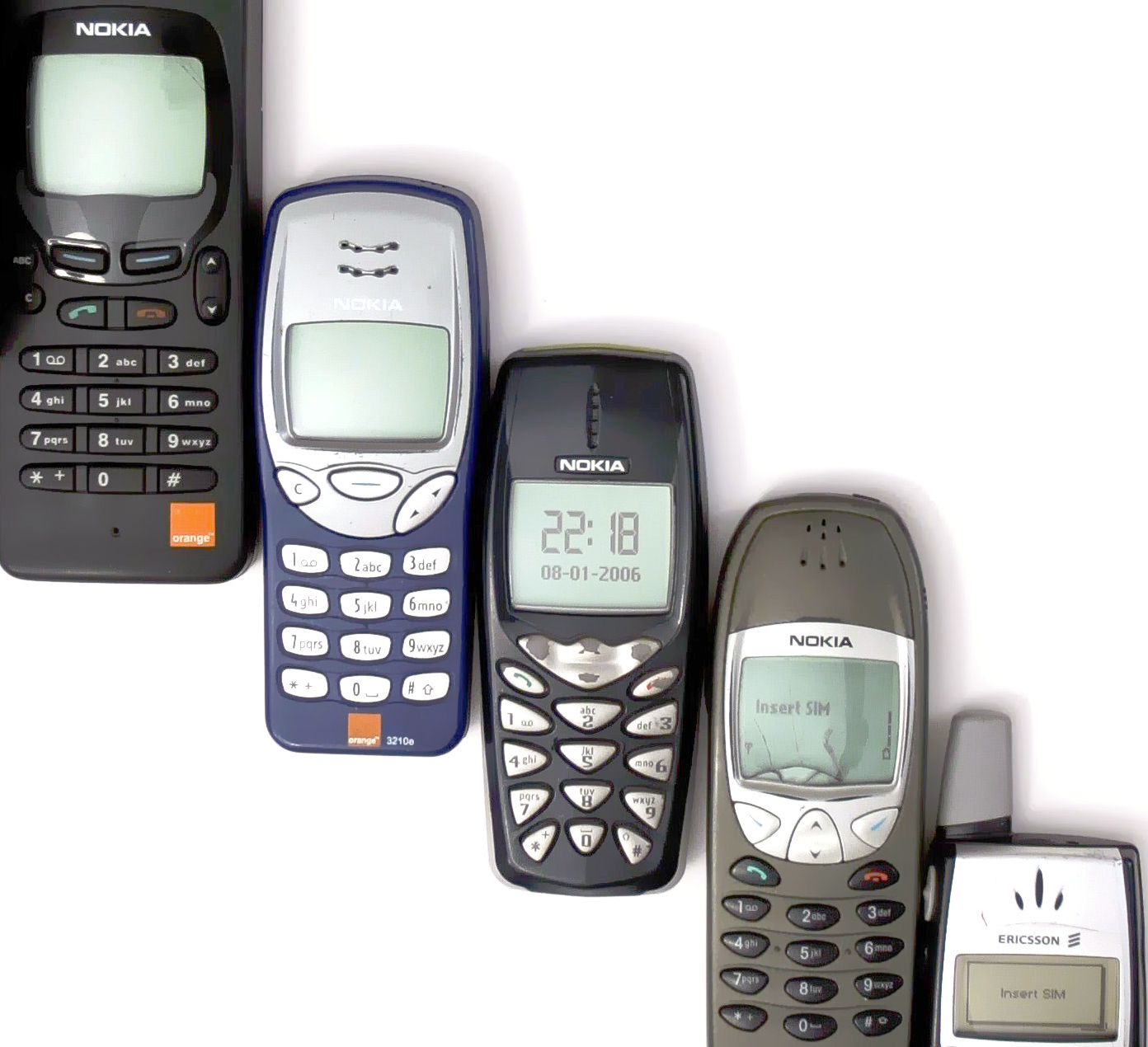 To varying degrees, humanitarian and refugee protection advocates are becoming increasingly interested in the role of the private sector in responding to refugee crises. It’s become common for the line ‘and investment from the private sector’ to be tagged on to any new humanitarian response plan. No coordination meeting would be complete without someone adding ‘what about the private sector and CSR funding?’ to a chorus of puzzled but polite mumbles of assent. Across international forums, the idea that refugees are both the next employees and the next consumers of the most forward-thinking brands is increasingly gaining traction. The UN Agency for Refugees (UNHCR) recently wrote an opinion piece about the ‘quiet revolution’ of the private sector, outlining the two main roles they see for businesses: providing jobs for refugees, and helping humanitarian agencies innovate and improve their assistance.

The most famous examples of private sector engagement include improvements in housing in refugee camps, jobs for resettled refugees in US factories, and improved mobile phone connectivity for those on the move. These are all positive individual achievements for the companies and individuals involved, but can they really be qualified as a revolution?

Factory jobs in the United States are a world away for the millions of people unable to cross borders, or waiting to be resettled with impossibly low odds. Tents that withstand the weather are a bare minimum for those stranded in camps for decades. Mobile connectivity can enable many positive opportunities, especially related to ongoing education, but these still come to a standstill without the right to work in host countries.

Or a Responsibility Cop-out?

Various scholars have been critical of the growing tendency to rely on actors other than states to take responsibility for refugees. Recently, when a TedTalk event focused on entrepreneurship and resilience was hosted in a decades-old refugee camp in Kenya, Hanno Brankamp wrote that this mounting rhetoric “makes false promises and diverts attention away from structural inequalities, discrimination and policies of containment”. In a response to the idea of special economic zones as the answer to the Syrian refugee crisis, Professor Crawley pointed to the link between businesses looking for new ways to make money and governments washing their hands of responsibility for the rights of the displaced.

Nevertheless, we can probably assume that the trend of looking to the private sector as the new panacea for refugee crises is unlikely to slow down anytime soon, especially at a time when so many states are strengthening their borders. It becomes therefore important not to disengage, but to try to influence the trend in the right direction and to mitigate potential damage.

Opportunity for a Strategic Alliance?

A first step in steering this trend must start with a discussion as to whether the private sector can support re-directing the focus back on state responsibility. In particular, instead of asking ‘how do we get businesses to see refugees as customers and employees’, the question must become: ‘can the private sector be leveraged to push for greater state responsibility?’

Lessons from efforts to regulate the global response to climate change might suggest that, indeed, key players from the private sector can be persuaded to act as political allies. In particular, during the build-up to the Paris Agreement, environmentalists that collaborated, lobbied and guided the private sector for years found that once the ‘business case’ for climate regulation had been made, businesses became a powerful catalyst for state action and some of the most vocal actors at the negotiating table. Their presence contributed to the marked difference from previous climate conferences, and was a key factor in Paris’s success.

In a similar vein to the climate arena, the more actors committed to the refugee response, the more legitimacy these voices can gain. With a business case in place and enough companies on board, the result could be a private sector lobbying governments to strengthen rights, to dismantle barriers to labour markets, and to take greater shared responsibility for hosting refugees.

Sceptics will point to the difficulties of creating stronger ‘business case’ for refugees, beyond that of the benefits of refugees as customers or recipients of philanthropic funds in exchange for favourable press. Yet the mounting numbers of companies publicly calling for regulation in what seem like direct contradictions to their business models (recently against palm oil and plastic) serve as examples that such cases can be made with the right amount of lobbying and public interest.

A Watchdog on Damaging Behaviour

There remains another, more pressing, reason that refugee protection advocates should become more engaged with the private sector: to track and rein in damaging behaviour. The devastating impact of large-scale development and infrastructure projects have been widely documented for decades, especially by affected displaced communities themselves. From human rights abuses, to forced evictions, to gentrification, to exploitation, the track record of the relationship between displaced people and the private sector is bleak. Yet while communities, human rights defenders and journalists have long been exposing company practices directly causing displacement, less focus has been placed on private sector influence on state policies.

Recently a few evocative examples have hit the news. After the so-called European ‘migration crisis’ of 2015, it emerged that a large international consultancy firm had been hired for $34 million by the German government to advise on how to streamline its asylum procedures. Faster asylum decisions were made by the migration office, often to the detriment of rights and triggering enough appeals to backlog the system. This year, another large consultancy firm placed a bid to streamline and modernise Saudi Arabia´s military, despite the latter’s role in humanitarian crises and displacement. And while displacement can often be seen as ‘collateral damage’ of certain private sector operations, some businesses actively participate in implementing increasingly hard-line migration strategies, as did a private company contracted by the UK government in 2018, allegedly paid extra money if more people were deported.

A More Nuanced Approach to Business and Refugee Protection

There is one common denominator between these cases: companies are following the money. Advocates are right to be sceptical about the reasons or sincerity behind companies claiming to support refugee protection. Not all firms are the same: some may have certain moral guidelines that would prevent them from pitching for certain projects such as the Saudi military strategy, whereas others are increasingly grappling with how to integrate human rights and tackle child labour. But companies will increasingly continue to follow the money, by exploiting, employing or marketing for refugees. Failing to attempt to regulate their behaviour lies somewhere between missing an important opportunity and washing our hands of responsibility.

However, organisations working to leverage the political potential of the private sector are few and far between. Initiatives have been set up to promote the philanthropic and CSR efforts to support refugees, but who is keeping track of the interactions between states and businesses on migration policies? Who is looking at the entire panorama of business and refugee rights, and its nuances, and promoting the good, supporting those trying, and calling out the ugly? As the private sector makes commitments on refugee protection, who will define minimum standards of engagement so that the equivalent of ‘green washing’ does not become a common practice?

A study conducted in 2014 by the Overseas Development Institute found that humanitarians and the private sector know little about each other’s capabilities and needs, with humanitarian workers seeing the private sector as solely profit minded and companies viewing humanitarian actors as disorganised. As the simplest form of collaboration – financial or material contributions – is prioritised, neither sector have the right employees in place to facilitate dialogue on more substantive issues. Yet it’s not too late to start this dialogue.

Environmental and human rights NGOs regularly act as checks and balances to the private sector, calling attention to bad practices, co-creating certification schemes to regulate behaviour and pushing consumers to use their purchasing power in favour of the environment and human rights. If refugee protection advocates do want to see a real revolution in the engagement of the private sector in refugee protection, it might be time we followed their lead.

The role of the private sector in migration is just one of a number of topics that are being discussed in a series of Global Migration Conversations being organised by the LIDC-MLT. Join the discussion at #MigrationConversations or visit our project website for more information.