Libraries and the Middle East : a swift glance around the world

Home/Libraries, Middle East, Central Asia & Islamica/Libraries and the Middle East : a swift glance around the world

Libraries and the Middle East : a swift glance around the world 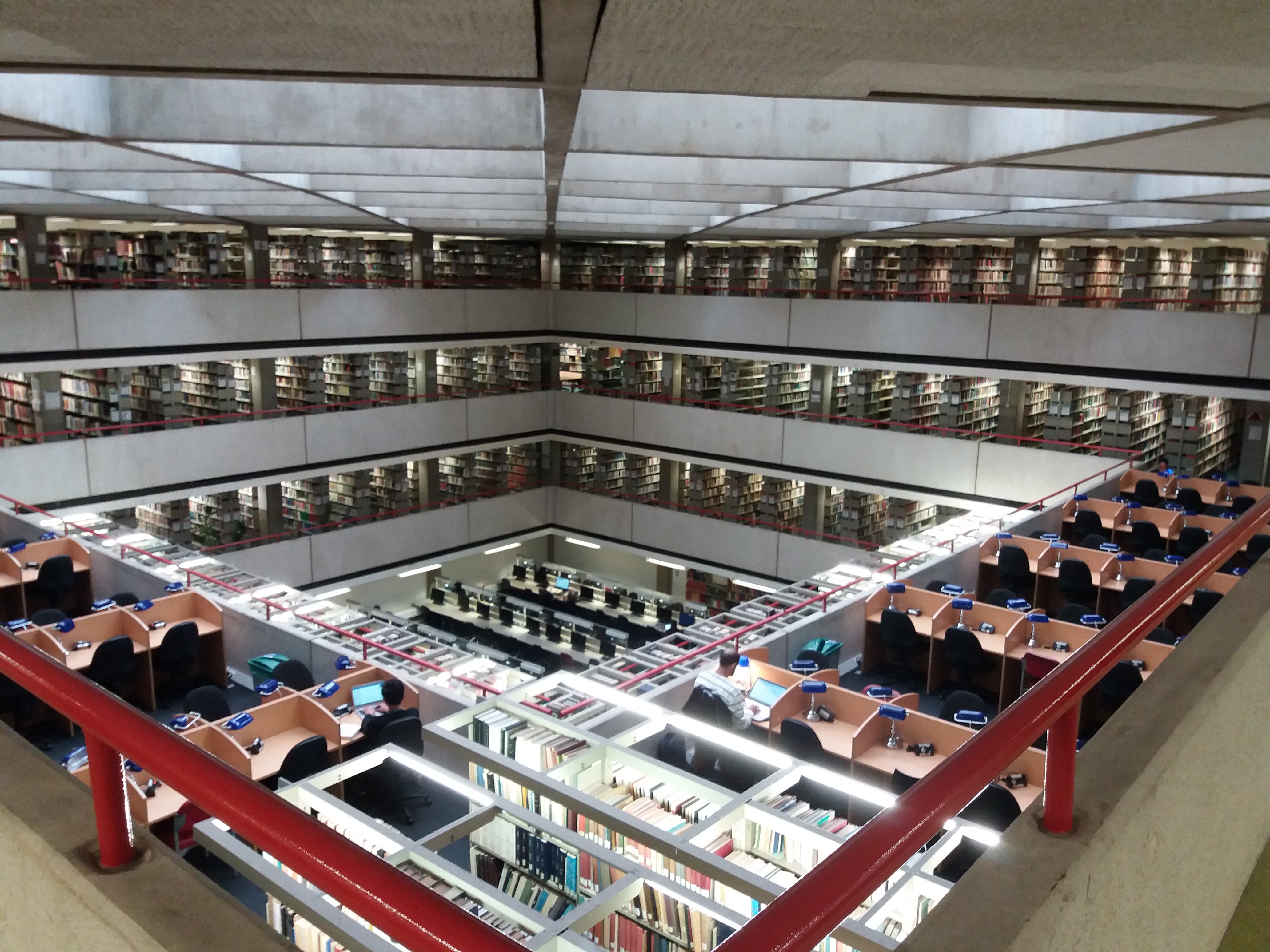 Libraries have been around for thousands of years in the Middle East and the Islamic World, as  the Library of Ashurbanipal in ancient Mesopotamia, the Alexandria Library in Egypt, the Library of Celsus in Anatolia, the Bayt al-Hikmah (the House of Wisdom) in Baghdad, the Zahiriyah Library in Damascus, the Timbuktu Library or the Qarawiyyin Library in Fez can all attest.

Here at SOAS Library, you can get a flavour of their long lost treasures and much more: Epic of Gilgamesh, richly illustrated Shahnameh manuscripts, Arabian Nights in various editions and translations, Old Kanembu manuscripts, rare copies of Kurdish periodicals, mesmerizing collection of Ottoman costumes,  fascinating archives of the Iranian General Fereydoun Djam, the latest Arabic novels to make sensation, you’ll find them all and much more on Level B of SOAS Library, in our Special Collections and on SOAS Digital Library.

Come and delve into your very own Middle Eastern library in the heart of London!

More academic riches are available in London, just around the corner, at the British Library, which offers unrivaled collections on Middle Eastern and Islamic studies. Further away from the capital, the Oxford Bodleian Libraries, the Cambridge, Manchester, Exeter and Edinburgh Universities libraries are hosting the largest collections of Middle Eastern material, but amazing Middle Eastern collections can also be found in numerous smaller institutions such as the joint Library of the Institute for the Study of Muslim Civilisations – Aga Khan University and the Institute of Ismaili in London (Euston Road) or the Middle East Centre in St Antony’s College in Oxford.

You can explore the Middle Eastern and Islamic collections in British institutions through the UKIRA (UK Information Resources on Asia)’s website: http://www.asiamap.ac.uk/

Crossing over the Channel, in continental Europe, inestimable Middle Eastern and Islamic research collections are to be found in the Chester Beatty Library in Dublin, the Bibliothèque Nationale de France, the BULAC and the Institut du Monde arabe in Paris, the Bayerische Staatsbibliothek in Munich, the Staatsbibliothek zu Berlin, the  “Félix Mª Pareja” Islamic Library in Madrid, L’Orientale in Naples, the Biblioteca di Studi Eurasiatici at the Università Ca’ Foscari in Venice, the Leiden University Library, the Library and Information Centre of the Hungarian Academy of Sciences in Budapest, the VGBIL All-Russia State Library for Foreign Literature  in Moscow, the Institute of Oriental Studies of the Russian Academy of Sciences, the National Library of Russia and the State University Library in St. Petersburg.

In North America, the Library of Congress is dominating all of course, but the New York Public Library, the Harvard, Yale, Princeton, Texas, Michigan, Bekerley, and UCLA Research libraries all offer also vast repositories of material on the Middle East. Further North, the McGill Islamic Library in Canada offers one of the finest collections in Islamic studies.

In the countries of the Middle East and North Africa region themselves, some of the most prominent research libraries collecting material on the Middle East and Islamic studies are the Bibliotheca Alexandrina in Alexandria, the Dar al-Kutub wa-watha’iq al-Qawmiyah, the Dominican Institute for Oriental Studies  and the American University Library in Cairo, the joint research libraries of the BiblioPera Project in Istanbul, the Bibliothèque orientale Université St-Joseph, the American University Libraries and the Orient-Institut Bibliothek in Beirut, the National Library of Iran and the Parliamentary Library of the I. R. of Iran in Tehran, the Bibliothèque Nationale du Royaume du Maroc in Rabat, the Emir Abdelkader University of Islamic Sciences Library in Constantine, and many many others to discover and explore…

Throughout history, libraries have remained the bridges and open doors to different cultures and to the vast territories of our own and others’ minds. Embark on a fantastic journey: come in the Library…