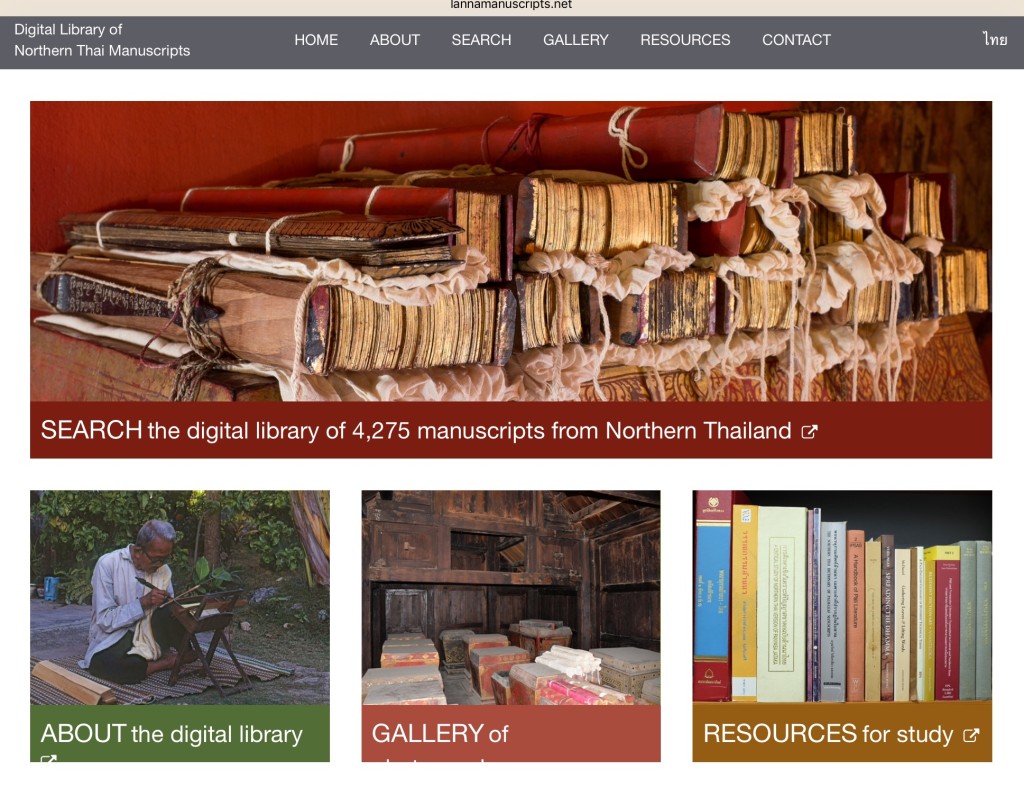 The University of Pennsylvania and National Library of Laos have launched the Digital Library of Northern Thai Manuscripts at lannamanuscripts.net as a resource for the study of traditional literature from this region. At present, the digital library contains images of over 4,200 manuscripts which can be searched and viewed online or freely downloaded, and to which more manuscripts will be added.

All digitisation was funded by the German Federal Foreign Office, and the digital library project was funded by The Henry Luce Foundation, the Andrew W. Mellon Foundation, the University of Pennsylvania Libraries and the School of Arts and Sciences at the University of Pennsylvania. The project was implemented by the National Library of Laos, based on the existing Digital Library of Lao Manuscripts (laomanuscripts.net).

A large number of the manuscripts are extra-canonical works consisting of narrative literature, especially Jataka stories, many of which are thought to originate from local Southeast Asian traditions. Texts are found in the Northern Thai (Lan Na), Tai Khuen, Tai Lue, Lao, Shan, Burmese, and Pali languages, and are written in a variety of scripts.

We hope that the digital library will be a useful resource for the study of traditional literature from this region. In order to make it as widely available as possible, your assistance in announcing it through your own networks would be greatly appreciated. Feedback on the site is welcome.