Where: Wolfson Gallery in SOAS Library, University of London
When: November and December 2014; Admission: Free
(Subject to Library Admission – http://www.soas.ac.uk/library/using/admission/) 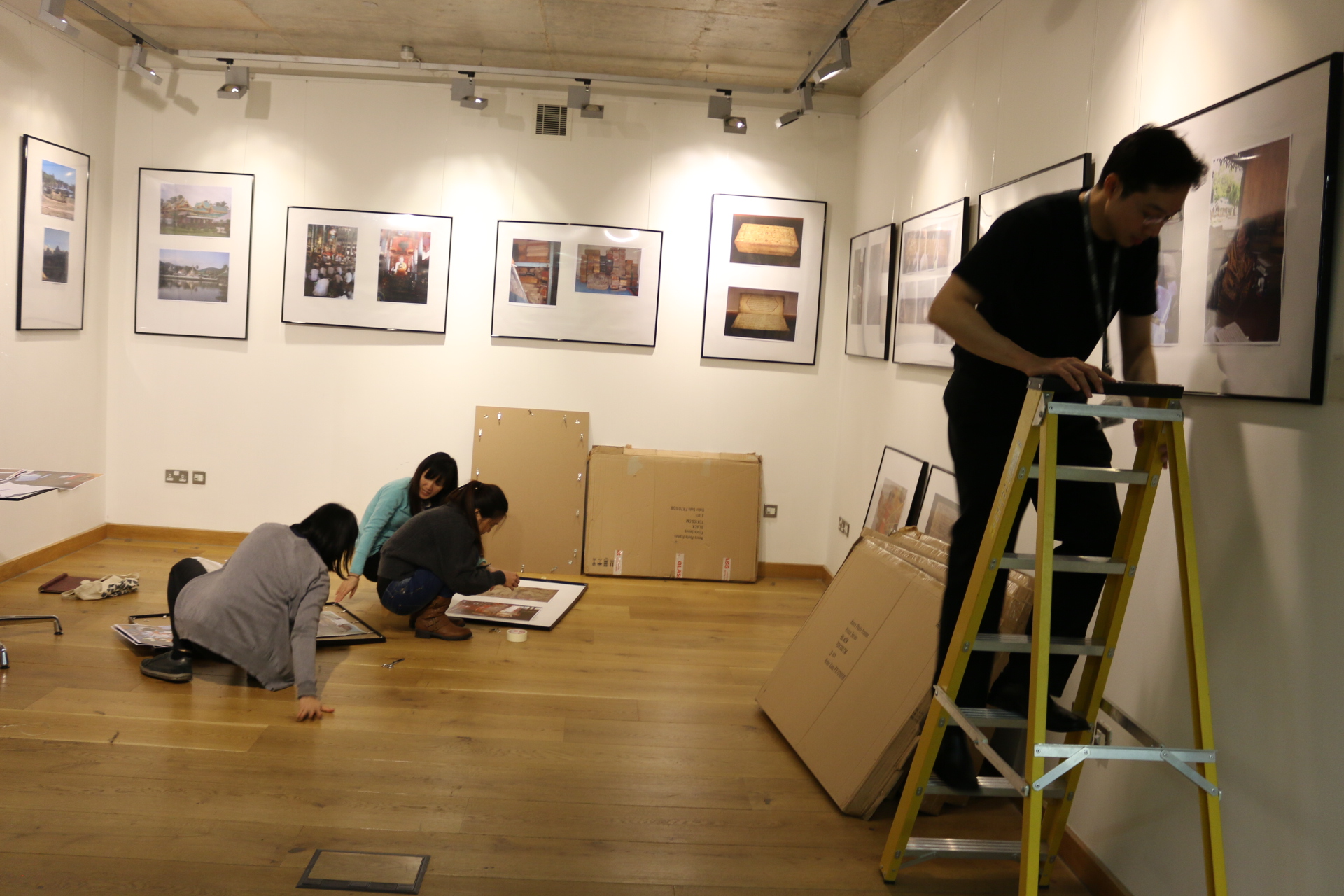 The Shan ethnic group, who call themselves “Tai”, is one of the Asian ethnic groups with a long history of civilization as seen in their rich cultural traditions, visual and performance arts, literary works and seasonal festivals. This exhibition of Shan Culture: Arts, Manuscripts and Festivals, with a major focus on the lifecycle of Shan manuscripts, reveals some past Shan events and the process of making Shan identity as expressed directly or indirectly through the distinct character and forms of their social and cultural activities. 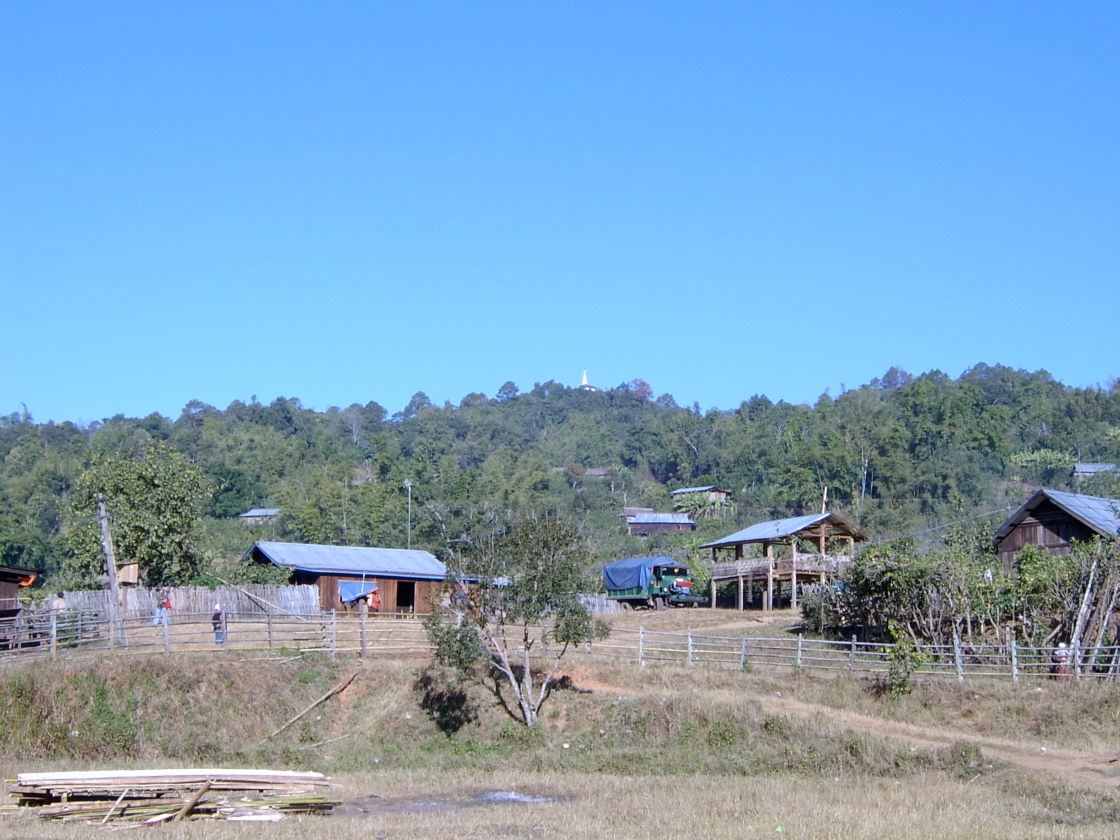 The exhibition begins with narrative photos of Shan landscapes and artworks. Shan masterpieces of art, especially wood carvings, can be found in their house designs and monastic architecture such as temple roofs, Buddha statues, and pagodas. 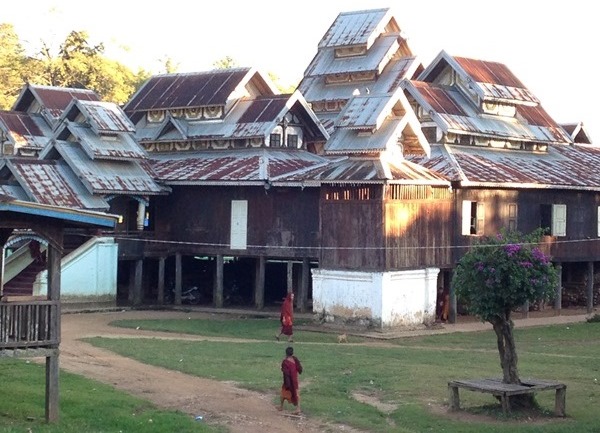 While many Shan monastic arts and architecture show influences from the neighbouring Burmese and Lan Na styles, they have a distinctive ‘Shan’ character. For example, when comparing features of Buddhist architecture, such as temple roofs and images of the Buddha, of Burmese or Thai origin from any given period, the Shan pieces are easily recognizable by the floral details on woodcarvings, the facial style of the images and the profile of pagodas and monastic buildings. 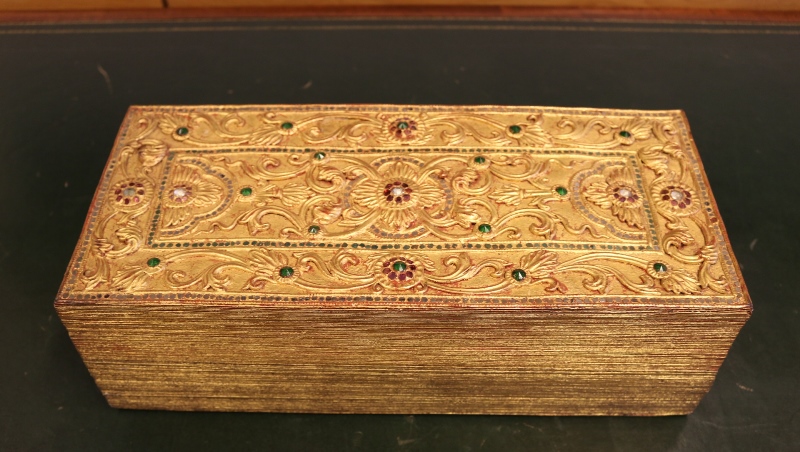 Shan style can also be found in the form of textiles and gilded manuscript covers decorated with floral designs, precious stones and inlaid glass mosaic work. The fact is that the tradition of producing manuscripts has been an important custom among Shan communities for many centuries. As a result, Shan manuscripts can be found everywhere in the Shan State, stored in Buddhist monasteries as well as in people’s houses.

Nowadays, Shan manuscripts can also be found outside Shan communities, in archives, research libraries, art collections and antique shops. Some large collections of old Shan manuscripts are found at research libraries in Western countries including the U.K., U.S.A. and Germany. In the United Kingdom, a large number are held by Cambridge University Library, Oxford University’s Bodleian Library, the British Library, and SOAS Library (University of London). 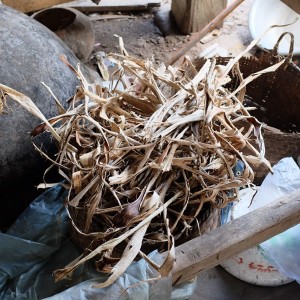 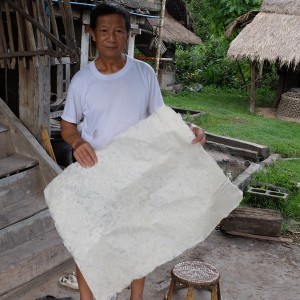 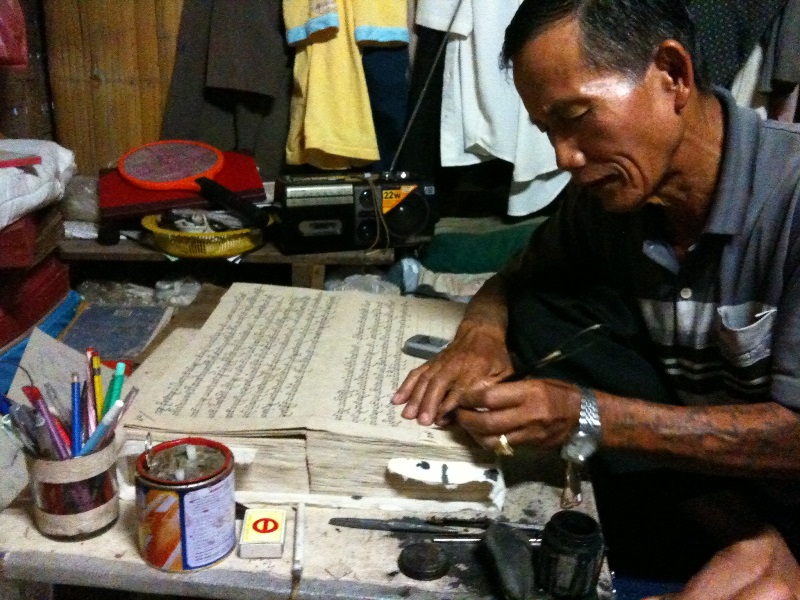 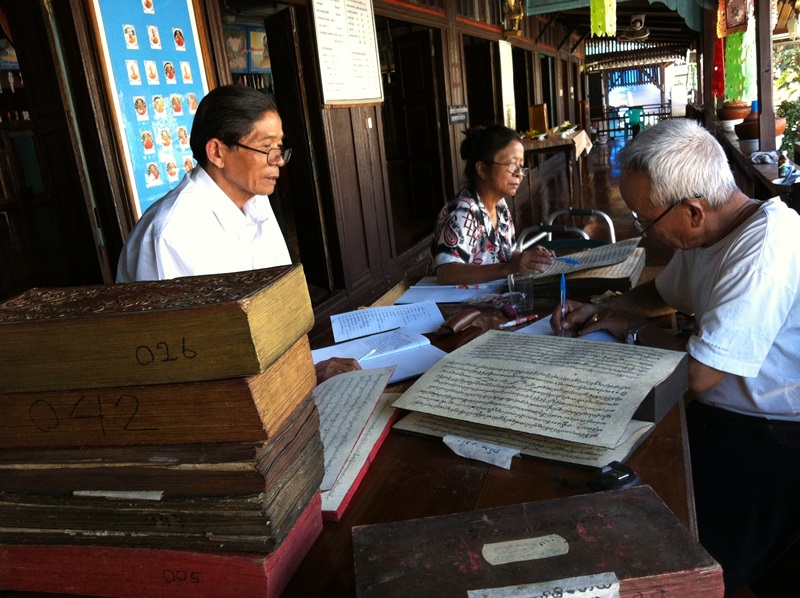 The final part of this exhibition focuses on some popular Shan festivals, in which Shan people from all walks of life participate in cultural and social activities in their own spectacular styles, often with great merriment and hilarity. The most popular Shan festival is the Pi Mai Tai or the Shan New Year Festival. Some photos of the celebration of this festival held at SOAS in the past few years are on display in this exhibition. 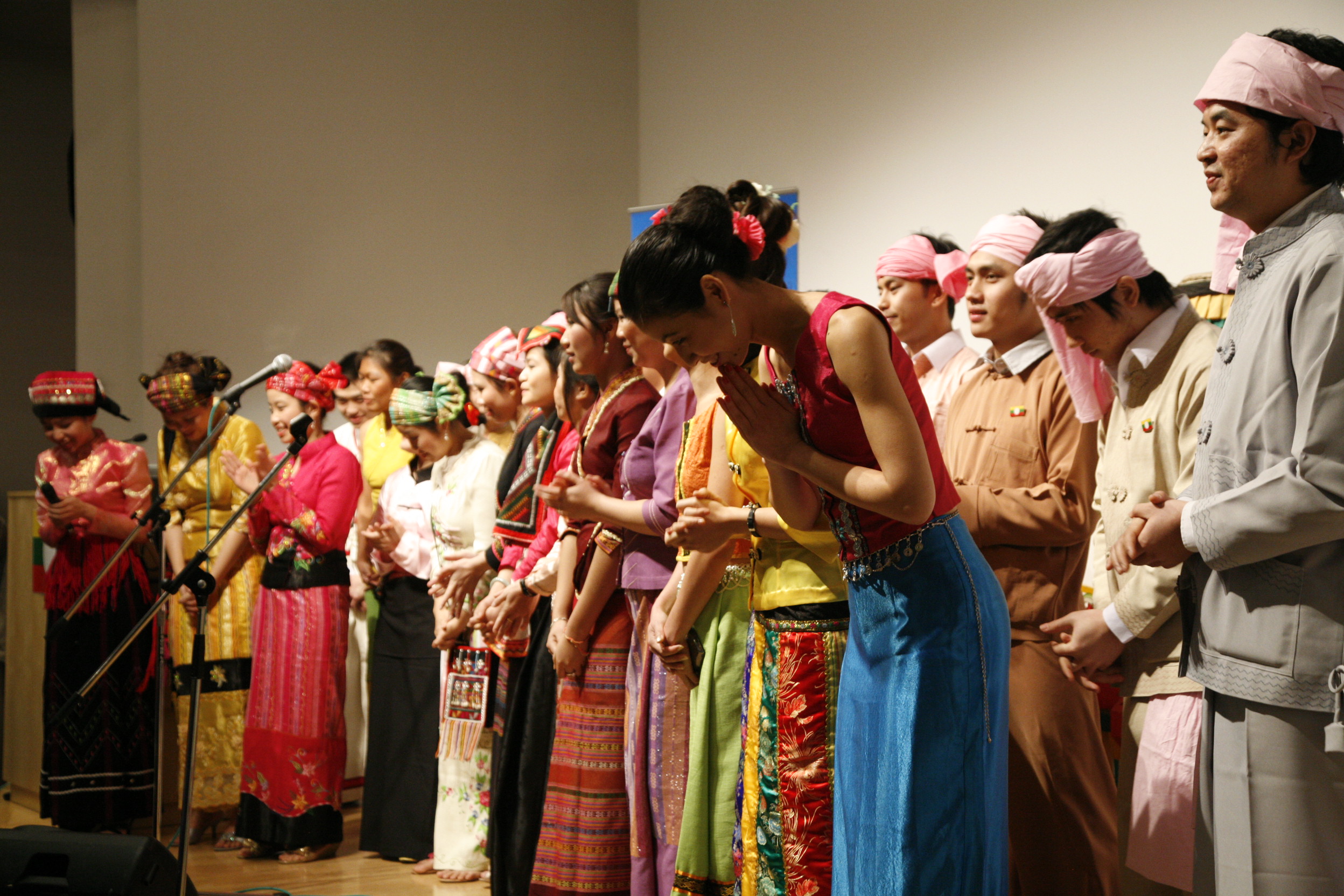 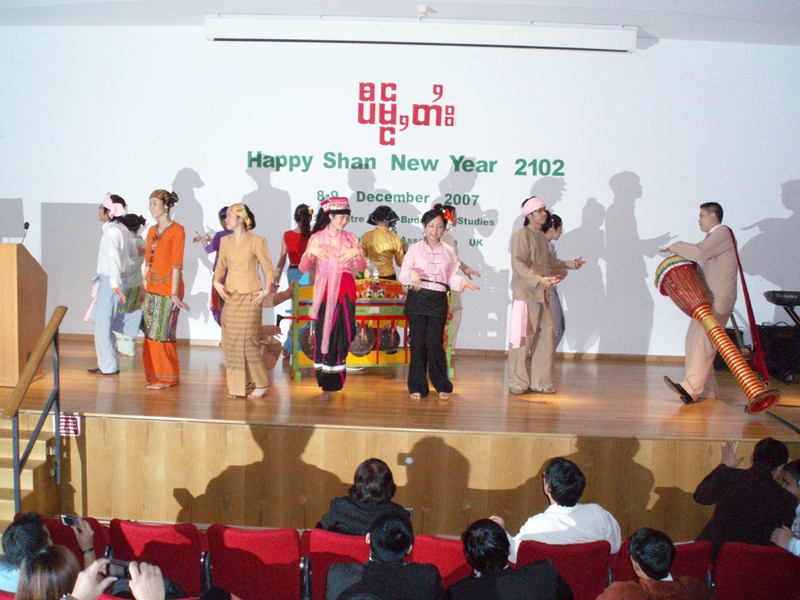 The exhibition is presented by Dr Jotika Khur-Yearn, a SOAS PhD graduate in Shan classical literature and subject librarian for South East Asia and Pacific Islands collections at SOAS Library, University of London. Jotika also works as a subject consultant for SENMAI, the ongoing project to compile an online catalogue of Shan manuscripts hosted at the Bodleian Library Oxford, while he is currently writing up his librarianship master’s dissertation at the City University London on ‘Mapping Shan Manuscript Literature’.

A great number of people have been involved in the preparation process of this exhibition project and it is impossible to mention all of them here. The team of this exhibition would like to express our heartfelt thanks especially to the following individuals and organizations: 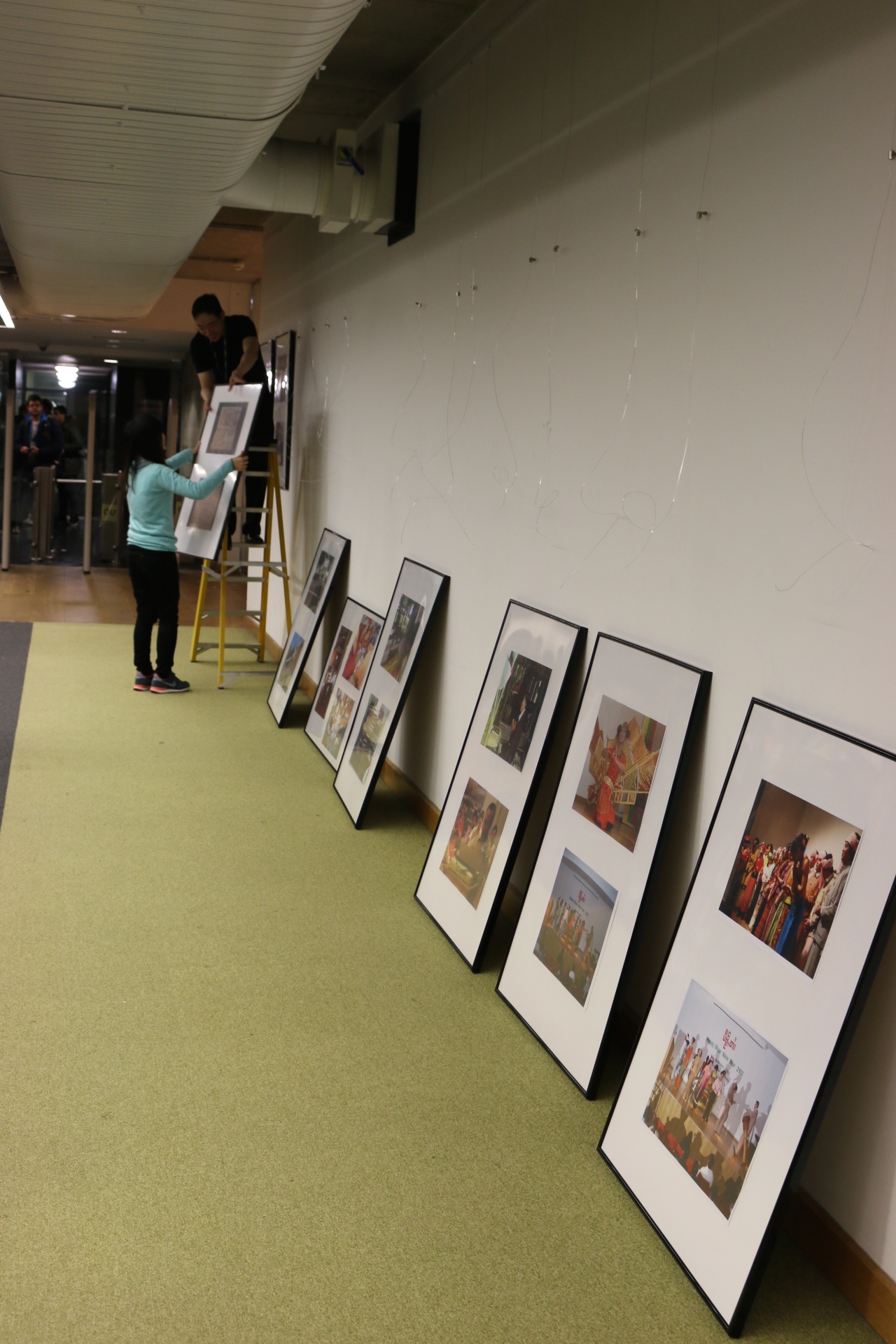 And, big thanks to the SOAS Thai students in the pictures above and below (guess who they are) for their wonderful work of making up the exhibition! 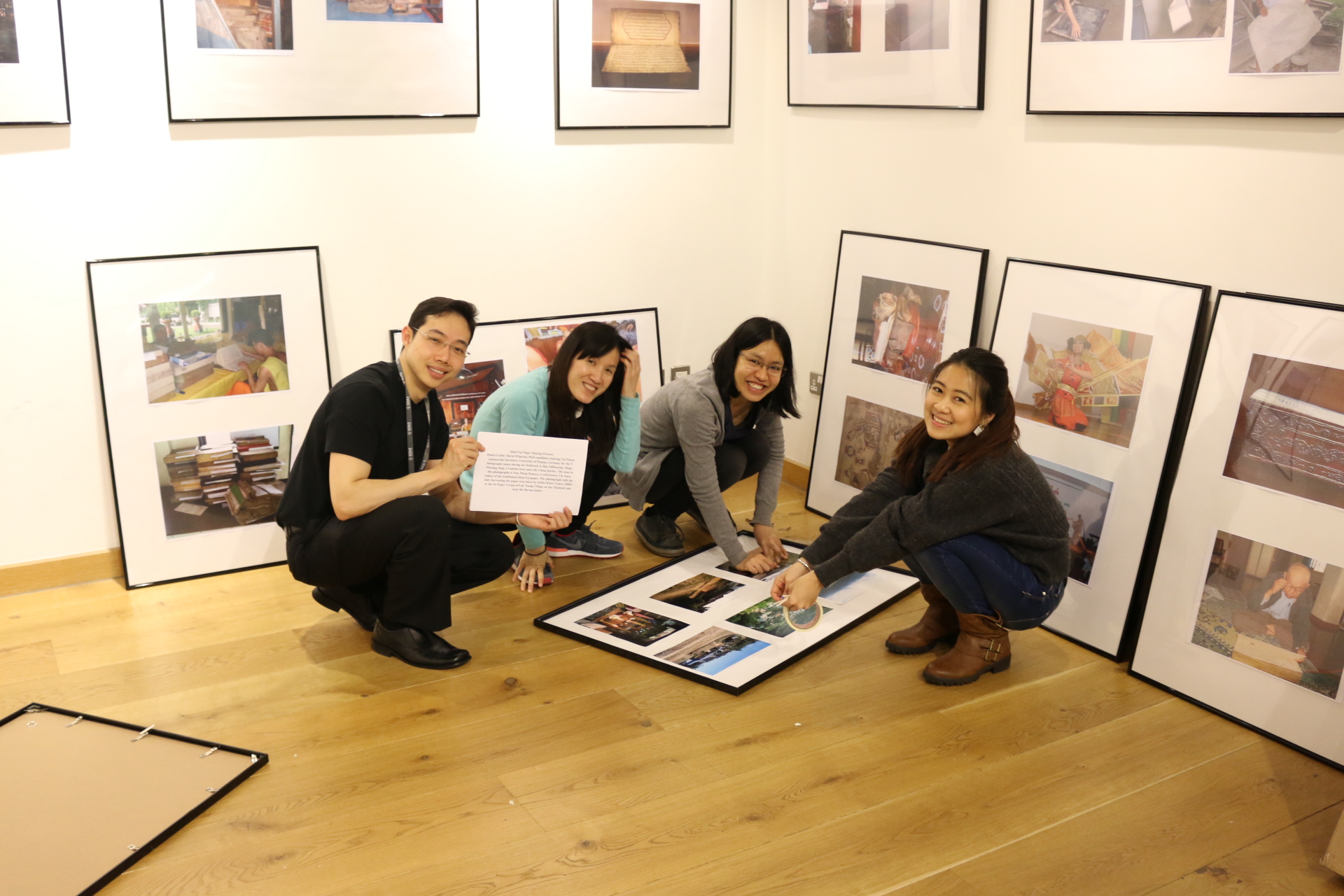 We hope that this exhibition gives some insight into the landscape of Shan culture and some useful resources for various areas of Asian studies especially Tai or Shan art and cultural studies.