Elections in the news

Elections in the news

Following several high-profile elections in the SOAS regions, the blog Elections in the News contains links to opinion and debate and is curated by an Academic Support Librarian at LSE. 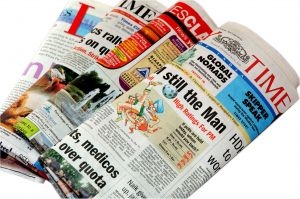 Photo from Flickr: “In the news” Some rights reserved by RambergMediaImages.

Latest to be examined are the recent elections in Cambodia, after which there have been allegations of corruption and systematic problems. Other posts include an examination of the importance of the Japanese election, a list of resources for studying the results of the Iranian Presidential elections and the human rights and civil liberties issues surrounding the Equatorial-Guinea elections.

Elections in the News contains sources for elections dating back to 2010, although much early coverage focused on the UK, the scope has now broadened to global coverage of elections.

The Zimbabwean elections are not yet included, but I expect them to be added once the result is announced. In the meantime, the BBC, CNN and Al Jazeera are amongst the major news networks covering events- as are obviously the Zimbabwean national press- NewsDay (Alpha Media Holdings) and The Herald (government owned) being two examples of the divergent viewpoints within the country. You can find a list here. Or, if you are a student or staff member at SOAS, why not try our online news resources? In particular, you might find AllAfrica of use- an Africa related news archive; with content from over 100 media organizations.