The Centrality of the Margins: Brokering Borders and Borderlands in the age of Trump and Brexit

Home/Borders, Migration, State in development/The Centrality of the Margins: Brokering Borders and Borderlands in the age of Trump and Brexit

The Centrality of the Margins: Brokering Borders and Borderlands in the age of Trump and Brexit 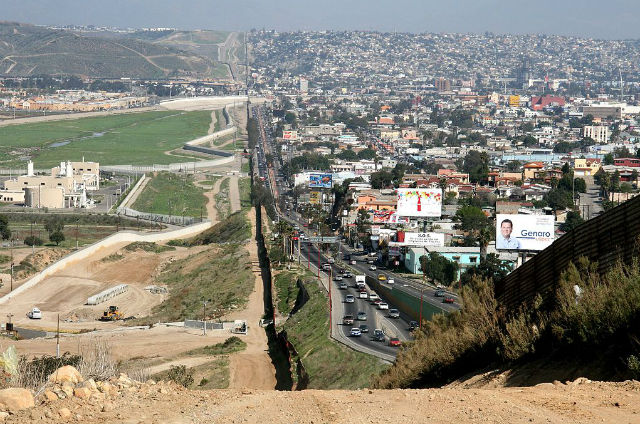 Borders are never far from the news these days, with a relentless media focus on Donald Trump’s new America and Theresa May’s ‘Hard Brexit’. Trump’s Mexico Wall epitomises this border neurosis and symbolises a wider trend towards protectionism that seeks to thwart the flow of people (into the country) and of capital, jobs and control over industries (out of the country). The UK’s Brexit campaign was animated by similar anxieties; nostalgia for a “Great(er) Britain” and a desire to regain control over the flow of people and trade across its borders.

In both cases, one can discern a paradoxical harking back to a time of ‘empire’: a time when the sovereignty of Western nation-states was anchored in the imagined distance and separateness of the Oriental East and Global South. The frontiers to be conquered and exploited were contained at the edges of space, while the borders of (white) colonial and imperial nations were kept safe and secure from encroachment by colonised (brown and black) peoples.

The anxiety around walls and borders tells us much about the crises being experienced in post-industrial western democracies in an age of capitalist globalisation and the economic and political ruptures that it has produced. The hardening of some national boundaries seems to be a response to the upheavals of geography, a last-ditch attempt to push back against the relentless flow of international trade and capital across borders, and the feeling of lost control. These dynamics become acutely clear in the face of a proliferation of maritime deaths among refugees and migrants seeking asylum in Europe; an effect of European States displacing border encounters from their coastlines to international waters and expanding the web of security apparatuses and interventions as far as possible off-shore.

However, a renewed concern with borders is not a uniquely Western phenomenon, nor simply an outcome of globalisation. The salience of borders and the political importance of state margins are also heightened during moments of political rupture, such as those that characterise current war-to-peace transitions in South Asia. At these moments, when new rules of the game are being negotiated, anxieties about ‘loss of control’ are also rampant, and open up new spaces for nationalist and counter-nationalist mobilisation.  At which point, securing, policing or transgressing borders – both territorial and social – often becomes central to the political discourse, just as it has in Europe and the US today.

We are working on these issues as part of a collaborative research project led by Jonathan Goodhand and Oliver Walton and researchers from Martin Chautari in Nepal and CEPA in Sri Lanka. This two year ESRC-funded research project on borderlands, brokers and peacebuilding in Sri Lanka and Nepal aims to reconfigure how we understand these transitional moments. By focusing on border regions and the brokers that negotiate power in these spaces in both countries, the project draws attention to the crucial political and economic struggles that are played out at the margins; where the logics of capital clash with the logics of territory, where sovereign nations encounter (and attempt to limit) global flows, and where the authority of central governments is often contested and resisted.

In Nepal, the border dispute with India in September 2015 provided a powerful example of these types of encounters. Violent protests in the Tarai region over the government’s constitutional proposals triggered the closure of the country’s southern border with India, leading to a spike in fuel prices and widespread damage to the economy. In Sri Lanka, peripheral regions have also been at the heart of wrangling over the country’s future, following the ending of its long-running civil war in 2009. Conflict-affected regions in the north and east have seen continued military occupation, while along the southern maritime border, the once economically-marginal district of Hambantota became a key site of infrastructural development and heavy Chinese investment.

The unruliness of borderlands and frontiers – actively made and re-made as people, goods and capital navigate international lines, laws and regulatory frameworks – are not exceptions to the disciplinary powers of the state. Instead, they are constitutive of power relations at the centre. At the same time, they are spaces where hegemony wanes, and the rough and raw practices of capitalist accumulation are blatant and violent, as different (global, national and local) actors seek to assert their position and monopolise control, outside the gaze of the ‘centre’. These gaps in authority – or rather, the presence of a plurality of authorities – are particularly pronounced in moments of political and economic rupture, as different groups and individuals scramble around changing opportunities and threats at the borders of states.

As we explore in our working paper –  ‘Brokering the Margins: A Review of Concepts and Methods’ – that accompanies this post, we are less interested in the smoothness of geography and territorial legibility than we are in the anomalies and contradictions that warn of crises and conflict. At the points of disruption and transgression, we find zones of encounter, spaces of uncertainty, gradients and asymmetries of power. And we find an inflated role for those individuals and groups that act as gatekeepers and brokers over the flow of people and goods, ambivalently and ambiguously translating and contesting the flow of power and control (from the centre to the margins). As an example, in the working paper  we point to Myanmar’s ‘borderlands’, where  government-sanctioned militias have emerged as key brokers since the initiation of ceasefire agreements in the late 1980s and early 1990s, as national and foreign investors have sought to gain access to these regions. These militias have played an integral role in extending the reach of state institutions and disciplining local populations in order to ‘open up’ and secure territory for investment.

Ultimately, the certainty of state sovereignties dissolves when our analysis starts at the margins. No matter how high the walls or indiscriminate the policies – even those embodied in Trump’s calls to action –  there will always be corridors and gateways through them, and brokers who protect, constrain and direct their flows.